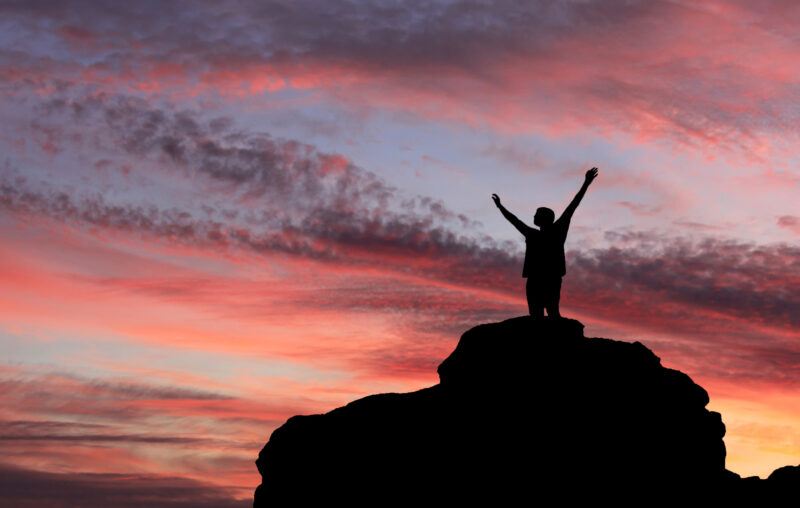 At least since Thomas Carlyle’s infamous put-down of economics as the “dismal science” (for economists having the temerity to oppose slavery), it has been popular to disparage economics as a discipline that fosters depression on the one hand and narrow self-interest on the other. Perhaps the two are linked, says the critic.

My own experience with economics has been quite contrary to these allegations. Studying economics instilled in me a profound sense of gratitude. When you’re grateful for something, you are appreciative of benefits you have received, says the Oxford English Dictionary.

That is how I feel.

More than that, University of California, Davis psychologist Robert Emmons says that gratitude is a “social emotion” “because it requires us to see how we’ve been supported and affirmed by other people.” Studying economics crystallizes and clarifies the ways we depend on others for support. Let’s see why.

Ours is a Great Escape

No one can spend more than a few minutes studying economic history without noticing something astonishing.

The Great Fact. The Great Enrichment. The Great Escape. Whatever your preferred terminology, it is a story that has been described a million times, though it can’t be told enough. We are, for the first time in history, stupefyingly rich. Here it is, visually. To take but one snapshot, the average per capita income of an Englishman has risen about thirty times in the last three centuries—that after millennia of no income growth at all.

Which of us, if we had a time machine, would voluntarily trade places with Louis XIV, France’s extravagant “Sun King,” symbol of the age of royal absolutism? He’s a good example because he stood—and died—right on the precipice of prosperity.

Let’s focus on just one aspect of Louis’ pilgrimage in this vale of tears: his health. Before dying an agonizing death from gangrene (as he relinquished his soul, he cried out the words of Psalm 72, “O Lord, make haste to help me”), King Louis experienced lifelong diabetes, boils, vertigo, gout, and migraines. If Louis was an outlier, it was only because he made it to the ripe old age of seventy-six. Thomas Hobbes’ most famous words, that life in the state of nature is “nasty, brutish, and short,” is an apt description of all life on planet earth for 99% of human history. The average “elite” born prior to the Great Enrichment enjoyed a standard of living most of us would reject as intolerable.

Yet, Hobbes’ description now rings hollow for over half of mankind. In fact, the lion’s share of material inequality is a relatively new experience for humanity, because for the first time ever many are rich. As Nobel Prize winning economist, Angus Deaton, puts it: “Inequality is often a consequence of progress.” Instead of virtually everyone being poor, over half of the world’s population are now rich by historical standards. The intended targets of 17th century “sumptuary laws”—edicts that restricted consumption by the relatively wealthy—were poor, even by the standards of the American poor. Their plumbing was primitive and contributed to disease, their caloric intake was meager and the food was often a source of disease, while they experienced none of the luxuries of modern technology. With these facts alone, we are on our way to gratitude.

But gratitude springs from another source—the Great Escape is recent. My own grandfather, born two months to the day before Pearl Harbor, grew up with a dirt floor and attended a one-room schoolhouse for grades one through eight. For an average boy born in the Midwestern United States, this was not an unusual experience. The odds of you having been born on the “right” side of history’s Great Enrichment are breath-takingly small.

Of course, it is always possible to identify discouraging trends but the solution is always to zoom out. Even a global pandemic, gasoline prices, wars, and rumors of wars have been unable to alter the sign of the slope of humanity’s trend line since the 18th century. While most Americans believe the world is getting worse, this belief does not square easily with a host of facts, each of which is downstream from humanity’s Great Enrichment.

No matter which way you slice it, the evidence points to the same conclusion—we are globally richer now than ever. From fatal car accidents (down) to reforestation (up), to the prices of most consumer goods as measured in the time-cost necessary to acquire them (down), to their quality (up), to per-capita cancer deaths (down), the global Great Enrichment marches on. Since I was born, well over a billion souls have left grinding poverty in the dust.

We Stand on the Shoulders of Giant (Capital Accumulation)

It would be one thing if we could take credit for this extraordinary explosion of riches. That certainly would not facilitate gratitude to the same extent. But where did all these blessings come from? The answer is complicated, but to paraphrase the sentiment of Barack Obama, “we”—the living—aren’t responsible for most of it. The cornucopia of consumer goods we enjoy is the product of a vast network of built-up capital goods bequeathed by our forebears. Mines, machinery, factories, equipment, and infrastructure are prerequisites for producing such a vast array of consumer goods.

Accumulating this vast network of capital goods requires saving and time. Saving is the restriction of current consumption in search of a brighter future. Sacrifice. But the “time” element means that savers do not themselves enjoy all those future benefits. Rather, those of us who did not make the sacrifices enjoy at least some of the benefits of prior rounds of saving and investing. In contemporary economics parlance, the existence of this vastly complex capital structure is a “positive externality.” Our forebears conferred benefits on us without us compensating them so much as a penny. Thank you.

We Depend on Distant Others

All those capital goods wouldn’t be worth much without people to work them. The division of labor is a global phenomenon, now more so than ever. Even Adam Smith observed in 1776 that the common woolen coat which shields the average day-laborer from the elements is the product of a host of anonymous “others” cooperating. No isolated individual could create a pencil, let alone a decent coat, most certainly not a smartphone. We live, as Paul Seabright puts it, “in the company of strangers.”

What was true in Smith’s day is amplified a hundred-fold in ours. Just look at the volume of international trade since World War II. Since exchange is not zero-sum—it benefits both parties—we not only depend on a host of anonymous others, but we also bless them through our reliance.

Economics teaches us that the main show in societies based on Hume’s trifecta of “property, contract, and consent” is cooperation and coordination, not conflict and competition. Even better, the empirical evidence suggests that more and more societies are approximating this Humean ideal.

Studying economics highlights our mutual dependencies, and the result is a spontaneous bubbling up of gratitude. We come to appreciate that each of us, in a commercial society, serves our neighbor and is served by our neighbor. None of us would get far by going it alone, hermit-style. We can only earn an income by supplying to others something that they value sufficiently to part with their own hard-earned cash. By grasping this point, we no longer view others as rivals in a desperate game of competition for scarce resources. Rather, we see them as contributing to our own success. We recognize that their prosperity does not come at our expense.

Cooperation through the division of labor does more than “deliver the goods.” Exchange and commercial activity transform some of Seabright’s “strangers” into close companions and sometimes even friends. The idea that commerce humanizes its participants and incentivizes virtues of honesty, thrift, and diligence, has a long lineage in economics with Montesquieu and Smith advancing arguments along these lines.

As Mises describes in his magnum opus, Human Action, exchange provides the bonds which transform isolated men into society. Economics is sometimes called “catallactics” (or, even more rarely, “symbiotics”), from the Greek word “katallaxy,” which conveys a rich understanding of converting an enemy to a friend through the act of exchange.

The exchange society dramatically increases our number of associates beyond that which would be possible in a society where we pursued our own autarkic, self-sufficient acts of production. Returning to my grandfather for a moment, his business travels took him around the globe and allowed him to develop friendships with people in cultures that, only a generation before, were closed to all Western contact.

Of course, it would be a mistake to embrace a Pollyannaish view of the social world. For one, material progress is far from automatic; it depends on getting the economic institutions “right.” Though the details are the subject of much debate, all economists agree that informal and formal institutions—the “rules of the game”—either impede or facilitate the capital accumulation and division of labor just discussed. The classic example is to compare the divergent outcomes of South and North Korea. Hume’s “property, contract, and consent” are the institutional substrata that give rise to capital accumulation and the division of labor which, in turn, yield prosperity.

For another, there is still real poverty in the world (about a billion people globally), not everyone in affluent countries lives affluently, and real injustice, on a variety of margins, persists. Those facts, though, are reasons to work toward the sort of institutional reform which has generated justice and prosperity for so many others. Gratitude is not a synonym for apathy, nor is it an unqualified defense of the status quo. Rather, grateful hearts want to see the sort of prosperity they have enjoyed extended to others near and far. Fortunately, economics also offers the prosperity recipe—if only we have ears to listen.

This article, Studying Economics Instills Gratitude, was originally published by the American Institute for Economic Research and appears here with permission. Please support their efforts.