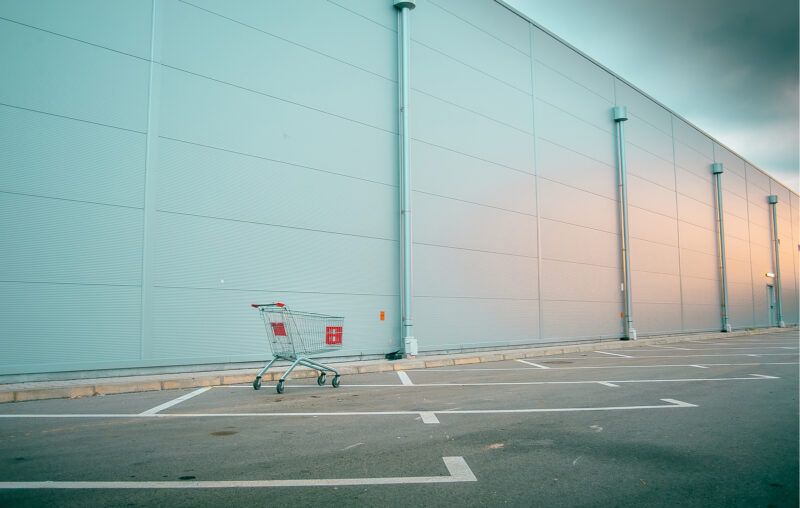 The Biden administration continues to cite temporary supply disturbances as the cause for high inflation. Following the Consumer Price Index (CPI) release earlier this month, which reported a breathtaking 8.5 percent increase in prices from March 2021 to March 2022, Press Secretary Jen Psaki was asked the extent to which the White House was concerned. Psaki reiterated her comments from the previous day, telling reporters “we expected it to be elevated because of Putin’s invasion; because of the impact on energy prices.”

Do temporary supply disturbances explain the high inflation we have experienced over the last year? There is no denying that supply chains were severely disrupted by the pandemic and corresponding restrictions on economic activity. Similarly, Russia’s invasion of Ukraine has reduced the supply of oil and threatens to reduce agricultural output, as well. On their own, such disturbances would push prices up.

But supply disturbances play a bit part in the overall inflation story. The composition and timing of the price hikes, the Federal Reserve’s projections of inflation, and the observed increases in real variables all suggest that today’s inflation is largely the result of excessive nominal spending, not temporary supply disturbances.

Let’s start with the claim that prices are elevated due to Russia’s invasion of Ukraine. Oil prices are higher today than they would have been in the absence of the invasion. But we must consider the magnitude. The pass through from oil to other goods just isn’t big enough to explain much of the inflation observed today.

The Personal Consumption Expenditures: Chain Type Price Index, which is the Fed’s preferred measure of inflation, is presented in Figure 1. I include both headline and core price levels, the latter of which excludes food and energy prices. I also include a 2-percent growth path projected from January 2020, which shows how prices would have evolved had the Fed hit its average inflation target over the course of the pandemic.

The data in Figure 1 clearly show that food and energy prices have risen more rapidly over the last year than the prices of other goods and services. But they also show that prices are very high even after excluding these prices. Whereas all prices have grown at a continuously-compounding annual rate of 3.7 percent since January 2020, all prices excluding food and energy have grown nearly as fast, at 3.3 percent. The core price level is 2.9 percentage points higher today than it would have been had the Fed hit its 2 percent average inflation target. The headline rate, which includes food and energy, is just 1 percentage point higher.

The timing of the price hikes also suggests there’s much more to the story than mere supply disturbances. Inflation began accelerating in October. Obviously, that was months before Russia invaded Ukraine. Moreover, many of the supply disturbances associated with the pandemic and corresponding restrictions on activity had eased up or were in the process of easing up by that point, which should have put downward pressure on prices. Why did prices rise more rapidly as supply constraints eased up?

Nor are the Fed’s projections of inflation consistent with a temporary-supply-disturbance story. Temporary supply disturbances are temporary. The pandemic and corresponding restrictions reduced our ability to produce. But they will not reduce our ability to produce forever. The lifting of restrictions, vaccine rollout, and gradual acceptance that a mild version of the virus is endemic will eventually permit production to return to normal, even if it has not done so already. Likewise, the war in Ukraine will end at some point—and, at that time or sometime thereafter, food and energy production will return to normal. When production returns to normal, so too do prices. But that is not what the Fed is projecting. Instead, the Fed is projecting that prices will remain permanently elevated. Why would a temporary supply disturbance cause a permanent increase in the level of prices?

Consider further what else one would expect to observe in the data if supply constraints were driving prices higher. When supplies are constrained, real (inflation-adjusted) incomes are lower. People respond by reducing their real consumption. We see this over the course of the pandemic. Real personal consumption expenditures fell and then remained below trend in 2020. But it has since recovered. Today, people are consuming more or less what they would have been consuming had the supply disturbances never occurred.

It is common when talking about GDP to talk about how rapid growth has been: Faster than the past, faster in US than in other countries, faster than forecasters expected, just plain fast.

But this is in serious tension with the supply-side arguments people make on inflation.

Jason Furman, who served as Chair of the Council of Economic Advisors under President Obama, accurately describes the tension between two conflicting narratives offered by the White House and others:

The first is that the economic rebound has been surprisingly rapid, outpacing what forecasters expected and setting this recovery apart from the aftermath of previous recessions.

The second argument is that inflation has reached its recent heights because of unexpected supply-side developments, including supply-chain issues like semiconductor shortages, an unexpectedly persistent shift from services to goods consumption, a lag in people’s return to the workforce, and the persistence of the virus.

Obviously, both of these arguments cannot be true. Like me, Furman finds the first to be more convincing. “Strong real (inflation-adjusted) GDP growth suggests that economic activity has not been significantly hampered by supply issues, and that the recent inflation is mostly driven by demand,” he writes.

Why, then, are prices so high today? In brief, the Fed has failed to stabilize nominal spending.

The equation of exchange is a useful identity that reminds us MV = PY, where M is the supply of money, V is the income velocity of money, P is the price level, and Y is real output. When the Fed stabilizes nominal spending (MV), changes in real output (Y) coincide with offsetting changes in the price level (P). That’s the supply disturbance story: reduced real output has pushed up prices. But that is not what has happened.

In fact, the Fed has not stabilized nominal spending. We do not observe velocity directly. But, since the equation of exchange is an identity, we can measure nominal spending (MV) as the product of P and Y—that is, nominal gross domestic product. From 2010 to 2020, nominal GDP grew at a continuously compounding annual rate of 3.9 percent. It has grown much faster in the time since, at 5.1 percent. Unlike supply disturbances, faster nominal spending drives up both prices and real output, which is what we are seeing today.

Understandably, the Biden administration wants to deflect blame for today’s high inflation. They’ve suggested the pandemic, greedy corporations, and now Russian President Vladimir Putin are responsible for higher prices. Unfortunately for the administration, their politically-convenient supply-side stories explain far too little. Today’s inflation is primarily the result of excessive nominal spending, which the Fed could have and should have offset.

This article, Supply Disturbances Do Not Explain High Inflation, was originally published by the American Institute for Economic Research and appears here with permission. Please support their efforts.