Take the Money and Run: Taxpayers in AZ Will Fund Students, not Schools 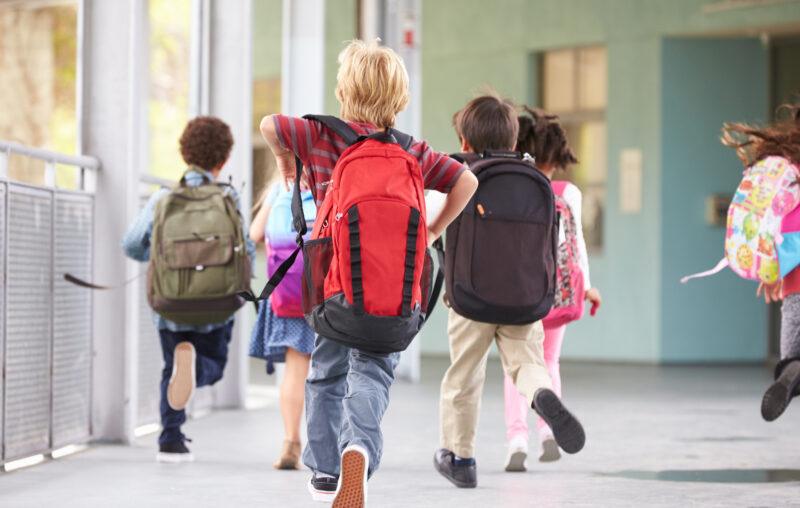 Last month, the Arizona legislature passed HB2853, heralded as “the most expansive school choice legislation in the nation.” Every school-aged child in the state, all 1.1 million of them, will have access to $6500 of the taxpayer funds (already set aside for their education) to pay for customized learning solutions their parents choose. Parents, not distant bureaucrats, will direct spending.

The Wall Street Journal proclaimed, “School Choice Blooms in the Desert.” National director of research at the American Federation for Children Corey DeAngelis, whose motto is, “fund students, not systems” called Arizona’s program “the gold standard for school choice nationwide.”

Arizona, in other words, just divorced taxpayer funding for education from government-run schools.

From 2011, when Arizona launched its ESA program, until last week, just 23 percent of Arizona students were eligible (about a quarter million). Participation was limited to children of veterans, wards of the state, children living on Native reservations, and families zoned to “D” and “F” rated schools. Fewer than 12,000 students received the funds in 2020 – just 5 percent of those eligible took part.

Unlike other programs of its kind, Arizona’s new ESA law doesn’t exclude students already in private schools, nor does it taper off with parent income. Sure, it’s still funded with forcible taxation, but within the current system, ESAs are a major improvement for families statewide.

At $6,500 per student, the publicly funded portion covers the median cost of tuition for private elementary school. Even if the ESA doesn’t cover the entire cost, it dramatically lowers the cost, making that opportunity available to more families. Parents can also choose “unbundled services,” like microschool fees, homeschooling curricula, educational or occupational therapies, tutoring – whatever a child might need to reach his individual potential.

Arizona’s ESA program also allows education funds to be spent on educational electronics, like laptops and graphing calculators, and on ride-share services if a student requires transportation to get to a better-suited school.

Parents manage funds through the ClassWallet program. Transactions must meet specific requirements, though the clarity of the requirements, as well as oversight and transparency, have been criticized by all parties. Shoddy administration has resulted in delayed funds, massive breaches of privacy, and frustration for ESA families.

For parents, ESAs’ authorization to customize education for their children has meant a chance to realize the promise of “public education” that schools were failing to deliver. A parent told Arizona’s State Board of Education in 2020: “I am a parent of three children on ESA, but I also have a master’s degree in elementary education, and ESA has saved the educational lives of my three children.”

Hand-wringing from teachers unions claim ESAs “defund” public schools by allowing a portion of per-student funds to follow the student. When students move with their families to a better district, we don’t generally consider that to be ‘draining funds’ from the school left behind. The funding follows the student already. Arizona just blew open the monopoly.

What’s more, school districts receive $10,392 per student: 58 percent state, 14 percent federal, and 46 percent local. With ESAs at $6,500, one-third of local and state spending earmarked for that student, and all the federal funds, will be left behind in the residentially zoned school.

There are less obvious benefits to budgets, which also provide tremendous benefits to families. Students with serious disabilities are especially well-served by alternatives. These students are considered high-need and high-cost by zoned schools, who must force them into a model not built for them. With the freedom of an ESA, such students thrive in environments designed to provide specialized services. Relieved of these costs, zoned schools should experience some budget relief.

Students who’ve been labeled “disruptive” in the traditional classroom are also good candidates for customized ESA solutions, and the staff hours that would be devoted to serving (or suspending) them in a traditional public school can be returned to the general budget. ESAs, in short, should reduce budget pressures on public schools. The only counter argument comes from unions and their backers who think funds don’t rightly belong to students, but to the bureaucracies themselves.

In addition to saving money, ESAs improve school outcomes. ESA-funded alternatives raise student performance, both among those who departed, and those who remained in their zoned schools. As Florida’s tax credit program expanded, public school students who did not participate still saw higher test scores, lower rates of absenteeism, and lower incidence of suspension. Those benefits were universal, but concentrated among low-income students. Public schools provide better service and better education to students if families have the option to withdraw. Once the rigid grip of zoned schools on public investment is broken, competitive pressures improve outcomes for everyone.

Arizona ranks 48th in funding among the 50 state systems and the district of Columbia, and 44th in teacher salaries, according to the NEA. Chronic teacher shortages plague the state. In September 2021, 26 percent of teacher vacancies in Arizona schools remained unfilled.

When it comes to the amount of money spent on actual student instruction, Arizona ranks dead last with $4,801, about half of the annual investment per student, according to the Arizona Auditor General.  While higher spending doesn’t necessarily equate to better outcomes, the balance between spending on instructional costs (teacher salaries, textbooks) and other priorities (administration, facilities, food service, transportation) may illustrate the tension between how increasing education funding (taxes) is spent and the outcomes that families say don’t work for them.

In Arizona, as in many other states, teachers make up less than half of school staff. Per-student spending and salaries continue to rise. Librarians, counselors, administrators, food preparers, bus drivers may be necessary for a full-scale industrial school to run, but many parents may see more value in employing two or three facilitators in a microschool. A non-“expert” teacher in a 5:1 teacher-student ratio, may provide better instruction than an “expert” for 30:1. And packing their children’s lunch and dropping them off may serve the whole family better than an “all inclusive” solution that isn’t delivering a true education. Families now have options. And they can turn the tables, look past the traditional, compulsory school, into a rich ecosystem and ask – compared to what?

Responding to Critics: Compared to What?

The Empowerment Accounts won’t go into effect without a fight. Save Our Schools Arizona collected signatures to block the expansion, demanding it be put to voter referendum in 2024. They criticized the “privatization” of public schools and claim ESAs will divert $1 Billion in funding away from zoned schools. Never mind the $1 Billion in new K-12 spending the state just approved.

Milton Friedman wrote, “One of the great mistakes is to judge policies and programs by their intentions rather than their results.”

Too often, government-run school systems are treated as an ideal, as if they actually provided equal, quality education to all children. If that were true, disrupting that perfection with ESAs might be wrong.

So putting aside the intention, what are the results of government-run, residentially zoned schools? The picture isn’t pretty. As a result, most criticisms of ESAs are dismissed with the simple question: “compared to what?”

Arizona’s public school classrooms are the second most crowded in the country. High school graduation rates hover about 8 percent below national averages and less than half of the graduating class went on to college in 2020. Workforce participation rates creep downward, and school segregation upward.

Perhaps a parent might use up all $6.5K before selecting a math or science curriculum. But in a state where 60 percent of public school students failed the state English assessment and 69 percent failed math, it’s unclear (at best) that students are worse off with unbundled curricula. This wasn’t a post-pandemic slide, either. At no point in the test’s history have even half of students passed.

Learning loss due to school closures certainly should not, in any case, excuse poor student outcomes. Teachers’ unions (shadow stewards of zoned school policies) lobbied to keep schools closed long after the risk of COVID to children proved minimal. Closures galvanized support for alternatives among parents, and reopening protocols encouraged teachers to seek (and start!) alternatives, too.

If we leave parents to make their own spending choices, even with certain constraints, some of that spending will be wasted. Critics say a freer market in educational services may expose parents to unqualified teachers or fraudulent services.

Debora Colbert, who launched Black Mothers Forum in Phoenix in 2020, put it this way: “We could be advocating 24/7, and still not make the impact that we wanted to see. So, what do you do, do you go charter? Do you try to keep working in the public school system? Nope, nope, not us. We said, well, we can do it ourselves.” And she did. With a network of 42 students, she launched microschools designed to spur raise expectations for achievement, and disrupt the school-to-prison pipeline for students of color.

ESAs don’t divert funding from public schools – they increase the funds available for students remaining in zoned schools. Of all criticisms of ESAs, the strongest might be that they leave too many students, and too much money, trapped beneath a crumbling facade.

Expanding Choice to the Poor

The wealthy have always, and will always have choices in how to educate their children. They might choose to pay the cost of private school from kindergarten to high school, at around $148,200. They might move to a nearby top-notch public school district, into a house costing on average $175,000 more, and hefty real estate taxes. Even renters pay a premium. Those with a robust single income or independent wealth also find it easier to homeschool. If you have money, you already have a choice, even if you also have to pay your share of the zoned school your child isn’t using.

Arizona has turned a corner in its understanding of public education. The one-size-fits-all factory model won’t have an iron grip on the state’s whole concept of education – nor its budget. More kids will get a customized education, and a fairer shot at a successful future.

The best strategies for Arizona parents? Know your children, and the kind of environment that might best prepare them to thrive. Know your options, whether public, private, charter, home-based, or community pod. Know your “default” zone school, understand its reputation, ethos, performance, and outcomes. And once you know all that? Take the money and run.

This article, Take the Money and Run: Taxpayers in AZ Will Fund Students, not Schools, was originally published by the American Institute for Economic Research and appears here with permission. Please support their efforts.