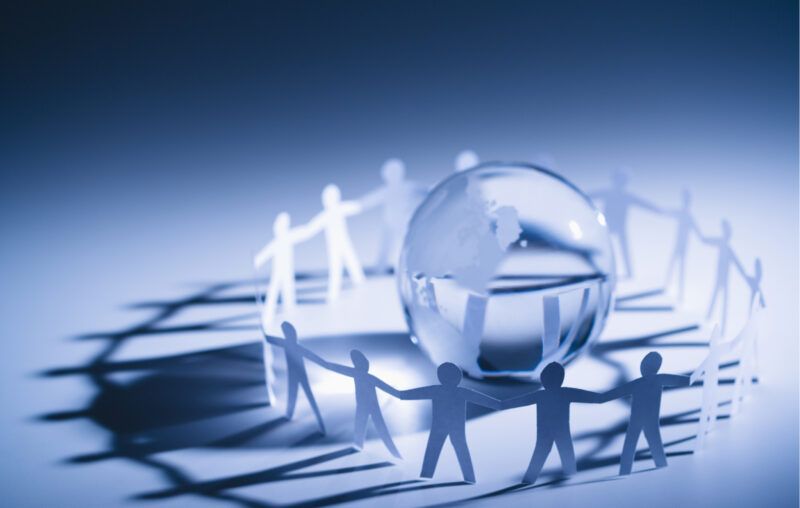 Thank goodness for widespread and deeply seated economic ignorance. Seriously, thank goodness! Without widespread economic ignorance, the world would be a much poorer place. For this claim, I have quantifiable proof – namely, my income, other economists’ incomes, as well as the incomes of the many merchants with whom I and my fellow economists deal.

While on the earnings front I (like all of my fellow economists) have a long way to go before catching up with the likes of Elon Musk or even Rachel Maddow, my annual income is well above that of the median American worker. Indeed, my income is above that of the median worker in my age cohort – a cohort whose members, because we have decades of job experience and accumulated skills, earn more than do younger cohorts.

Why is my income so high? Answer: economic ignorance! Nearly every cent that I earn is generated by my satisfying other people’s demands for reduced economic ignorance. Sometimes, as in the case of (many of) the students who I teach at George Mason University, the demand for the economic enlightenment that I supply comes directly from those who pay for it. Other times, as when organizations such as the Fraser Institute and AIER pay me to lecture or to write, the demand comes, ultimately, from donors who hope that my speechifying and wordsmithing will fall in enlightening ways on minds still benighted by economic ignorance.

And so (horrors!) if most people already understood basic economic realities, I’d be unemployed. If most people already knew the truths that I teach – truths such as that protective tariffs create no new jobs on net while they reduce most people’s living standards, that minimum-wage legislation hurts many of the very workers it is meant to help, and that antitrust interventions stymie rather than stimulate economic competition – no one would pay me to do this job that I so enjoy doing.

And while my being unemployed and penniless would be tragic enough, this essay is not about me. In fact, join me in forgetting about me. Think instead of the countless people who benefit from the economic ignorance that other people pay me to dispel.

Think, for example, of wine retailers and vintners. I spend a significant portion of my income on wine. In a world without economic ignorance, no one would pay me to do what I do and, thus, I’d have no income to spend at my favorite wine shops. Wine sales would fall. Some sales clerks would lose their jobs, as would workers in vineyards. Likewise for workers in the food industry. I spend an even larger portion of my income at restaurants. In a world without economic ignorance, I’d earn no money to spend on dining out. Restaurants and their cooks and wait staff would suffer – as would, of course, all the workers whose efforts are required to supply restaurants with furniture, food, and drink.

I also spend a good deal of money on clothing. Unable to earn income in a world of full economic enlightenment, I of course would buy less clothing. Nordstrom and other clothing retailers would feel the pinch – as would their workers.

Obviously, what holds true for wine, restaurant meals, and clothing holds true also for everything else on which I spend my hard-earned income.

An econometrician could quantify the value to humanity of the economic ignorance that I annually work to reduce. This scholar could so quantify, with a precise dollar measurement, the value of this economic ignorance by tracking all of my spending, and then tracking the spending by others – by wine-store owners, by restaurant waiters, by clothing retailers, etc. – that my spending makes possible.

I myself haven’t done such a tracking of the long and economically stimulating effects of my spending. But I’m sure that it runs annually into the tens of millions of dollars. And I’m just one economist! Add the full value of the spending that my income makes possible to the value of the spending by thousands of my fellow economists, and it becomes undeniable that one crucial source of modern humanity’s prosperity is economic ignorance, for without this ignorance we economists would earn no incomes to spend.

Lots of business owners and workers, whether they’re aware of this fact or not, depend on economic ignorance. Were everyone as informed about economics and the economy as I and other economists are, no one would hire economists to do what I do. In such a bleak alternative universe, rather than perform as a benefactor of the public by teaching economics and – most importantly – by spending my high income, I’d be a pathetic public charge. Unable to earn income, I’d be of no use to anyone. The same would be true for all other economists.

Reflecting on this reality puts me in awe of the universe’s happy design. Because of this design, economic ignorance is rampant and there is a resulting high demand for my and other economists’ services. Were the universe designed less well, people would not need economists such as me. People would naturally, and without instruction, understand that the jobs that workers currently perform are not the only jobs that those workers can perform. In a world of widespread economic enlightenment, my fellow human beings would grasp the fact that the time and resources that I spend teaching economics are time and resources that could be used to produce other things of value to humanity. If everyone were as economically informed as I am, there would be widespread understanding that, while people willingly incur costs in order to obtain benefits, the costs incurred are not the benefits received.

So I say again: thank goodness for economic ignorance. Without it, no one would spend resources trying to reduce it – and I and thousands of other economists would be out of work. The resulting loss of spending and rise in unemployment would be tragic.

Of course the world would in fact be a much better place if economic fallacies were less prevalent and less widespread. Not the least of these fallacies is the one that holds that economies fail to the extent that they don’t protect existing jobs.

This article, Thank Goodness for Economic Ignorance!, was originally published by the American Institute for Economic Research and appears here with permission. Please support their efforts.