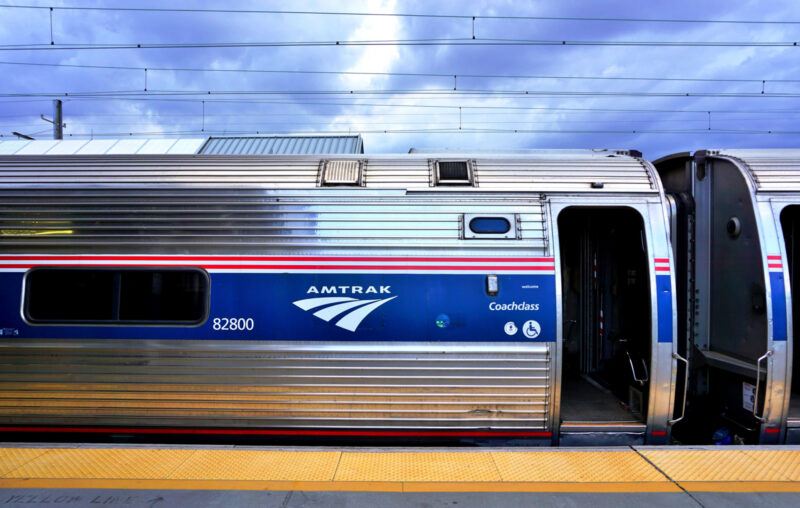 The same policymakers who wanted to shut down the American economy for an indefinite period to save just one person from dying with Covid refuse to shutter an increasingly dangerous and expensive government-supported monopoly, the National Railroad Passenger Corporation, better known as Amtrak. Instead of leading with substantive policy improvements, America’s leaders prefer to mislead the nation with weak virtue signals. Until the Federal Reserve gets inflation under control, though, the only real virtue will be increasing economic efficiency with bold reforms, including selling Amtrak to the (second) highest bidder.

The weekend before the 2022 Independence Day holiday, one Amtrak train in California struck a vehicle, killing three and injuring two others. In Missouri another derailed, killing multiple passengers and injuring many more. Accidents can never be eliminated entirely, but Amtrak’s record is poor relative to other countries, especially given its snailrail speeds. Other economically advanced countries sport trains that travel at hundreds of miles an hour with much better safety records. Trains in Eastern Europe are also safer than Amtrak, even adjusted for passenger miles traveled.

On a tax dollar basis, Amtrak’s overall performance is abysmal. Passengers pay a pretty penny for their tickets, but those traveling the northeast corridor routes subsidize those traveling America’s vast western expanses. And all Americans subsidize Amtrak through increasing bailouts. Amtrak’s leaders learned, for example, that they could spend $450 million over 11 years to save Acela passengers a little over a minute and a half on the Philly to New York run and not get fired for it. Annual taxpayer subsidies average over a billion dollars since Amtrak’s formation in 1970-71.

Why was the Amtrak abomination created at all, and why then? America, after all, once led the world in both freight and passenger rail service thanks to vigorous competition between numerous privately owned and operated railroad corporations.

Wilma Soss (1900-1986), PR whiz, corporate bigwig nemesis, and subject of a forthcoming biography by myself and Bucknell University’s Jan Traflet, was a big fan of passenger rail. As a youth, she regularly traveled by rail between her native San Francisco and her maternal grandparents’ home in New York City. During World War II, she commuted between Manhattan and Detroit by rail, and after the war did PR work for Budd, a major Philadelphia-based passenger train car manufacturer. She knew the days of passenger rail were numbered, however, after Robert R. Young failed to turn around the New York Central Railroad in the late 1950s.

By the early 1960s, Soss railed against railroad execs who flew to their annual stockholder meetings in Chicago. Instead of fighting for the long term health of their industry, many executives looked for short-term profits, investors be damned. According to Soss on her nationally syndicated NBC radio show, Young killed himself after receiving a note from an old widow bemoaning the loss of much of her investment in his flailing railroad.

Not that the industry’s decline was Young’s fault. By the early 1960s, railroads faced numerous competitors, especially Eisenhower’s heavily subsidized interstate highway system. Nevertheless, certain intercity passenger rail routes, too close for planes and too congested for cars, continued to make good economic sense. Regulators, though, kept derailing innovation and squeezing railroad profits between ticket price controls and rising costs. The beginning of the Great Inflation accelerated the wreck of the once mighty industry, fomenting the nationalization of its remnants into the Amtrak abomination.

Fifty some years later, the U.S. government has proven itself as incapable of running a railroad as the Soviet Union did. It should deregulate intercity passenger rail travel and sell off all of Amtrak to the second highest bidder in a Vickrey sealed-bid auction. The proceeds, which would be substantial, could be used to plug the hole in the deficit and maybe pay down the national debt a bit. A sale would also free the American people from the expense of subsidizing Amtrak in the future, and the shame of its execrable existence.

The Great Brandon Inflation, aka the Climate Change and Pandemic Overreaction Inflation, promises Americans much pain, especially if more employers do not wake up to the necessity of implementing COLAs. But if liberty lovers awaken to the view that no good crisis should go to waste, some regulatory improvements could be in the offing if for no other reason than it is currently politically expedient to reduce prices without creating shortages.

During the Great Inflation of the 1970s, for example, airplane ticket prices (1978) and brokerage commissions (May Day 1975) were deregulated. Increased competition quickly created efficiency improvements that allowed real price decreases in both industries.

With gasoline prices and airplane tickets currently soaring, and lessons about the perniciousness of price controls hopefully learned, reform of intercity passenger rail could well be in America’s immediate future. While trains are not especially good for the environment, many people assume they are “green,” also allowing for some of the fake virtue signaling many American politicians seem to crave.

This article, The Amtrak Abomination, was originally published by the American Institute for Economic Research and appears here with permission. Please support their efforts.