The Asymmetry of Bitcoin Scams Is All Very Sad 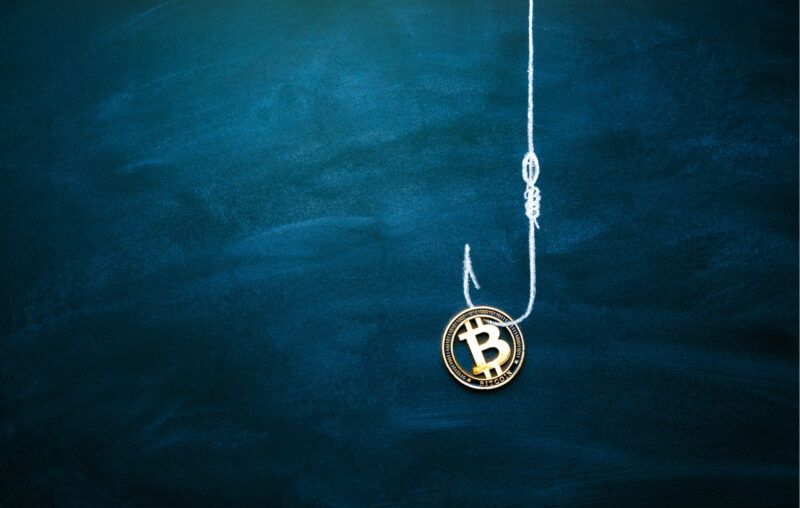 Here’s a financial and ethical principle you can generalize: if you’re liable for the downside, you deserve the upside. It works in the opposite way too: if you’re in on the upside, you should carry the downside risk.

Any trader gets this. A large chunk of people not asleep in their economics or philosophy classes get this too. Moral symmetry. The principle is ancient, included in some of our earliest preserved documents like the Code of Hammurabi, and its most well-known advocate today may be Nassim Taleb: his two latest books, Antifragile: Things That Gain From Disorder and Skin in the Game are riddled with the principle. Put your money where your mouth is; proudly carry the burden for which you desire the benefit.

A friend said something today that reminded me of this principle. He thought that it was utterly sad that so many people lost money in bitcoin’s recent trip from $64,000 to $29,500: all these credulous, hopeful, and greedy people naively exchanged some hard-earned cash for this shiny orange token that then proceeded to halve in market value. Ouch. Many didn’t know better, and the people deep down the rabbit hole have let them believe that bitcoin was an easy road to wealth.

Is It Really Sad That People Lose Money?

Personally, I hate losing money. Like most people, I would love for my assets to forever rise in value, from the moment I buy them until the moment I liquidate them, drowning in wealth like the filthy capitalist Scrooge McDuck some pretend that I am. When that doesn’t happen, and my investment accounts show red figures, “sad” is indeed an appropriate description of my mode. We might extend the feeling, compassionately, to our fellow humans and feel sad for their financial losses too. Was it sad when stock markets fell in 2008 and the retirement funds of innocent janitors and schoolteachers were obliterated? Maybe. Was it sad that the subsidized homes that special interest groups could suddenly afford leading up to said crisis were foreclosed on and the families had to move? Perhaps. Was it sad when I bet on my team to win and they didn’t? Sure.

Feeling sad often backfires and as an ethical guideline compassion falls apart under scrutiny; it’s a terrible way to organize anything but your immediate family and probably not even that.

Here’s another story that gripped me recently and made my gut twitch with empathy. It left me sad and deeply conflicted – for a full ten minutes, until I realized that the main character was a hypocrite, and deserves neither my compassion nor the bitcoin he so willingly gave away. One late night earlier this year, a man named Sebastian was browsing Twitter before bedtime (always a bad idea) and saw an intriguing tweet by Mr. Dogefather himself, Elon Musk. The tweet took him to a serious-looking website where a bitcoin giveaway was taking place: there was a timer and a competition run by what looked like the eccentric Elon – send any amount of bitcoin to the team, and Elon would, out of the goodness of his heart, return double that amount.

“Wow,” thought Sebastian who sat on a pretty stack of at least 10 of those orange smackers. “This is too good to be true,” he thought and double-checked the Twitter check mark. It looked legit; and there were more Elon tweets about it; and Sebastian thought of all the wonderful things he could give his family if he had twenty instead of ten bitcoin.

Here’s the most devastating part of the BBC interview, after the mortified Sebastian had realized his mistake:

“I threw my head on to the sofa cushions and my heart was beating so hard. I thought I’d just thrown away the gamechanger for my family, my early retirement fund and all the upcoming holidays with my kids. I went upstairs and sat on the edge of the bed to tell my wife. I woke her up and told her that I’d made a big mistake, a really big mistake.”

Gosh. Even though his sats would have bought him a little less houses and holidays today, a billion sats (10 BTC) is no joke. And he threw it away on a silly scam. It still pains me to read these lines.

The bitcoin space and its fellow sh*tcoin travellers are riddled with scams – not necessarily because they’re intrinsically suitable for that, but because this is a new field that few people master, speak its language, or know how things go. Last summer we had a Twitter hack of major profiles, from Bill Gates and Jeff Bezos to Elon, Obama and others, again using these celebrities’ accounts to ask their followers to send bitcoin to the hackers’ address with the promise that they’ll double them – which a decent number of people did. A few years ago, the CryptoQueen broke many people’s hearts and wallets.

Here’s what I can’t get over, and what limits my empathy for these people’s losses to about zero: had the scam-y scheme they fell for paid off, these people would not have complained. They would have celebrated, bragged even. “Ha!” Sebastian would have rejoiced to anyone who’d listen, “I entrusted a fake guy on the Internet with my digital money, and it paid off! Look how much bitcoin I have!”

They willingly gave up their belongings for a pipedream scam of the simplest kind, that anybody who’s familiar with the crypto world for more than two minutes has heard about and been explicitly warned about. They took a risk, a gamble, that would pay off handsomely, not thinking about the downside – but there was a downside, and that risk was theirs to carry too. Whether they saw it, considered it, or thought about it in the moment is beside the point. If you stand to gain, you’re on the hook for the associated loss too.

When you make an investment, in equity or anything else, you share in the returns because you’re risking funds. By putting up equity for a firm’s operations (or taking it over from someone else) you’re well aware that it may lose in value, that the company may go bankrupt, that its managers may embezzle money or cook the books. Still, you’re on the hook for whatever downside presents itself; the reason equities historically paid so well is that they don’t guarantee their owners a certain return – you might receive zero.

Yes, what these scammers do is fraudulent and thus both immoral and illegal – but it takes two to tango! The hackers didn’t make Sebastian press that button, and didn’t force him to part ways with his nice stack. He gambled it away, on a whim admittedly, and he says that he wouldn’t normally have made such a mistake. (By the way, what self-respecting bitcoiner keeps 10 BTC easily accessible on his phone wallet?! That’s a honeypot, blowup-type disaster risk just waiting to happen.

The relevant test is this: had the gamble paid off, and you were somehow told that it was a scam where someone else endured Sebastian’s experience, would you return the funds? If you’d keep the windfall, laughing all the way to the crypto bank, you also deserve no compassion for losing them.

Let’s take fraud out of the equation (though with central banks, government guarantees, zoning laws, and manipulated interest rates, plenty of people would say that the following is still fraud…). Over the last forty or fifty years, the market prices of property in most urban areas in most Western countries have skyrocketed. Whoever owned their house from the 1970s or 1980s, or even in the last decade or so, has done tremendously well for themselves – especially since most of them didn’t own it outright, but leveraged their housing market bet with bank money, by anything from two times to twenty times their down payment.

I find it deeply unfair that my parents or grandparents thus have property equity in their homes to the tune of hundreds of thousands of dollars – ten, twenty, thirty times my annual pre-tax income. The lifestyle that their cushy gains have enabled is thus so far out of my reach that I might as well side with the r/wallstreetbets crowd. For me and many like me, owning a home is totally and irrevocably out of the question. (You may object that I one day will inherit the gains, but it’s a hollow argument; the British think-tank Resolution Foundation estimates that the average age of inheritance for my generation is sixty-one – much too late to be of any real benefit for most people in my position. Not to mention that some of that generational wealth will be consumed in caring for family members before that truly sad day when I’ll inherit said wealth).

What’s worse is that it doesn’t seem fair. They didn’t do anything particular for these astronomical gains. They didn’t build a company, or earned it through the sweat of their brow or their genius minds. They didn’t rationally anticipate a housing market rally or knew what they were doing when they made the riskiest investment of their lives: they merely bought a house on credit when they had the means to do so – assisted by government subsidies and encouraged by bankers’ greed, of course.

But hang on a minute! Consider the symmetry argument again. Whoever owned their home during this property market rally were on the hook for losses. They did take downside risk. Had property markets collapsed, like they did in the Nordic countries in the early 1990s, overextended homeowners became insolvent and had to sell their homes at a loss, with debt burdens following them if the realized price of the house didn’t cover it. In the GFC, plenty of people were ousted from their homes (admittedly, not without carrying the full burden of their risk-taking).

We haven’t seen a bitcoin-style correction in property markets, but it could have happened in the past and is still a possibility. Whoever owned homes with borrowed money was at great risk for that (though we may quibble over how extensive that risk was, as governments in a property-owning democracy are very unlikely to let house prices fall too much if it would bankrupt a sizable portion of their voting base).

Yes, the unearned wealth in most homeowners’ assets is pretty remarkable and often undeserved – but nobody else deserves it more, and they did carry some downside risk.

So, the asymmetry principle makes a simple connection. If I think Sebastian is at fault for his negligence and undeserving of my pity, I must also withdraw my Wall Street Bets-style critique of homeowners. When losses come from risk-taking for which you stood to benefit, it’s not sad if you happened to lose. That was a possible outcome, and whether you properly understood it or not is beside the point.

With Skin in the Game, there’s nothing sad about making losses.

This article, The Asymmetry of Bitcoin Scams Is All Very Sad, was originally published by the American Institute for Economic Research and appears here with permission. Please support their efforts.