The Case For Diplomacy and Engagement Over Brinkmanship 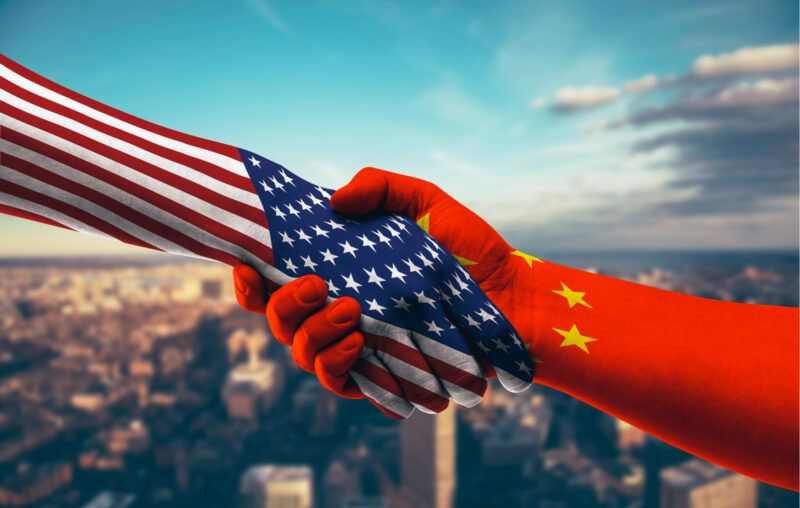 The importance of diplomacy and engagement, whether that be economic or social, may sound like an overrated cliche associated with hippies and overly idealistic academics. Perhaps, if taken to the extreme that may be true. However, in recent years, especially under the Trump Administration, US engagement with the world on the diplomatic front has fallen substantially while wielding little benefit in return. Although the former president’s instincts may have been correct about not being the world’s policeman, his administration swung the pendulum to another extreme of a standoff mentality and a selfish demeanor. What started out as a healthy criticism of international idealism soon degraded into an unsophisticated tantrum on the world stage. Such a disposition not only produced little progress when it came to confronting challenges such as the rise of China but it also alienated our allies while leaving the free world in an awkward power vacuum.

An overly adversarial approach to China, although understandable in spirit, has proven to be counterproductive and unnecessarily combative. The radical downsizing of the US State Department has undermined one of our great foreign policy tools at a time when democracy is under threat around the world. The United States has withdrawn from trade agreements, closed its borders to the world, and has questioned longstanding relationships. Such unilateral belligerence on the world stage not only fails to forward our interests but also throws US leadership into question at a time when authoritarian rivals are seeking to challenge the status quo. It was neither a mainstream interventionist approach nor was it an innovative restrained approach. It was simply inflammatory and brutish, of course with some benefits, but on net a poor strategy.

It is in the fundamental interest of the United States to uphold the rules-based international order while promulgating the ideas of free markets and civil liberties. Maintaining engaged and close relationships with other countries brings a wealth of opportunities from economic access, cultural exchange, cooperation, and it increases our influence. It also goes without saying that being able to work with countries on mutual interests rather than using the threat of military force is a far preferable alternative. Even mortal enemies like the United States and the former Soviet Union had a direct line of communication with one another to prevent the outbreak of nuclear war. In the wake of decades of wasteful and destabilizing brinkmanship on the world stage, the United States must embrace a greater commitment to diplomacy to make the world safe for freedom and liberty.

Fact: We have authoritarian rivals that actively undermine the state of human liberty while spreading darkness and despair. These countries include repressive regimes like China, Russia, Cuba, North Korea, and Iran. We have tried isolation, sanctions, and even positioned military assets all around them; however, none of this has worked. Tensions are still high and these countries are still misbehaving. We have lost out on potential trade, cultural exchange, and cooperation on mutual interests, whether that be addressing refugee resettlement to combating piracy. There are also countless countries across the world from our allies in Western Europe, the South East Asian economic conglomerate known as ASEAN, and developing African states that are navigating their place in the world.

The Chinese, in their bid for global influence, have deployed a massive campaign of engagement to not only entice these countries economically but to spread their values. The Chinese model is of course not preferable to what America has to offer, whether it be a more open society or a more dynamic market. The problem, of course, is that the United States, in an attempt to put “America First” has, in an act of utter ignorance and hubris, closed itself to the world.

Whether we are trying to actively work to forward our self-benefit, solve global issues, or spread the values of democracy, diplomacy and engagement accomplish these ends. The USC Center for Public Diplomacy explains,

“Values arise from a shared belief in a set of norms that enable a nation to function stably and peacefully. They cannot be imposed on other countries; they are communicated by example. We Americans might take freedom of speech, freedom of the press, religious freedom and our other liberties for granted, but in much of the rest of the world, when they are understood, they inspire awe.”

Maintaining trade relations, travel, and cultural exchanges are not only good for those ends themselves but also advance foreign policy goals typically associated with military force. Spreading democracy, human rights, and confidence in a free and open society are often best advanced through engagement, not war. If you’re not convinced, simply look at how concerned China has been with the spread of Western values as a consequence of global engagement. Decades of trade and openness made the Chinese rich, but it also encouraged many citizens to ask questions about their authoritarian system compared to more open societies. Placing large military assets around China and starting trade wars, although in some cases understandable, have not contributed to the spread of those values.

How Can Diplomacy Succeed Where War Can’t?

Increased trade and engagement with China would not only be a net benefit economically, but it would also turn down the temperature of our relationship and allow for more civil conversations at the negotiating table. It would also make retaliation less desirable as countries are less likely to aggravate their important partners than those that they are on bad terms with. Lastly, if we are confident in our values, which we should be, further engagement with China shows the Chinese people, and other societies, the superiority of American freedom and ingenuity. Freedom-loving people around the world, such as those in Cuba, risk their lives to board rafts to the US because they know our system is superior. Nobody is risking their lives to escape from the West to China or North Korea.

The United States has tried to isolate, sanction, and bomb its enemies, which has only made the world a less free place in recent years. The benefits of trying more diplomacy and engagement is not only a good idea in theory but something that can be empirically observed. USC recounts,

“Diplomacy is better than conflict, as was underscored in 2013 when James Mattis – then-commander of the U.S. Central Command and today our Secretary of Defense – told a congressional hearing, “If you don’t fund the State Department budget then I need to buy more ammunition….The more that we put into the State Department’s diplomacy, hopefully the less we have to put into a military budget….””

We have nothing to lose in maintaining lines of open communication and cooperation with geopolitical rivals, especially today where there are no ongoing existential wars. The benefits of facilitating warm relations with longstanding and potential partners are a given. This is especially relevant today with China, which cannot only be a useful partner in many areas of interest but also a lack of communication can result in potentially deadly conflicts, most notably over Taiwan. Furthermore, containing China’s exportation of authoritarianism is a team effort that will require comprehensive engagement with other countries through trade, diplomacy, and cooperation.

Alongside the aforementioned benefits of engagement with China, there is also a strong case at the very least to turn down the temperature so that we can argue over our true differences with less baggage. The rocky US-China diplomatic talks in Alaska last March demonstrated the vast deterioration of our relationship that accelerated during the Trump Administration and continues under the Biden Administration. Although former President Trump may have had the right instincts to understand that the CCP was a threat to global freedom, starting direct confrontations with Beijing while isolating ourselves from our allies was a foolish move. Reuters notes that the Biden administration has at least returned to a level of sane thinking on the matter by reporting,

“In recent weeks, top Republicans have given a nod to efforts by Biden, a Democrat, to revitalize relations with U.S. allies in order to confront China, a shift from Trump’s go-it-alone ‘America First’ strategy.”

If the United States is going to address a sophisticated and complicated authoritarian rival like China in the 21st century, it would be better if it did so peacefully and with nuance while working with a broad coalition of partners. Any rational observer of the matter should not see any other alternative. A military confrontation would be catastrophic and likely unjustified. The ongoing trade war has not only failed to produce any desirable policy results but has also hurt both sides.

The greatest threat with China is the exportation and defense of authoritarian values, which it forwards through engagement with other countries. Beijing makes it difficult to resist its otherwise unpalatable objectives by dangling trade, investment, and cultural opportunities while also leveraging international institutions. The greatest gift the United States has for the world is our liberal democratic values, the fruits of such a system, and our vision for a freer world. That is exported not through military force but through diplomacy and integration be it economic, social, or cultural.

The United States cannot afford to keep pretending a bad attitude and a large military will convince the world to stand by the rules-based international order when the CCP is actively persuading countries otherwise. We must light the way with our example through engagement, trade, and a commitment to walking what we talk. With darkness and chaos on the rise in every corner of the globe, we must feed the flame of liberty and broadcast it across the night, not shut it off.

This article, The Case For Diplomacy and Engagement Over Brinkmanship, was originally published by the American Institute for Economic Research and appears here with permission. Please support their efforts.