The Case for Paying College Athletes 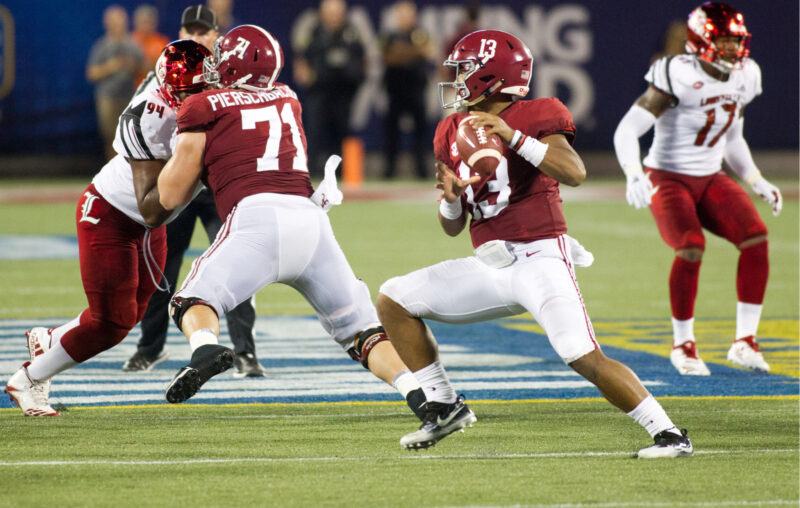 St. Peter’s University’s run of upsets wasn’t the only storyline from this year’s March Madness tournament. The other is that the Memphis Tigers men’s basketball team is in trouble for allegedly paying its players, in violation of NCAA rules. It is time for the NCAA to do the right thing and allow players to be paid, for three main reasons.

The first is fairness. College players are unpaid laborers who generate millions of dollars for others.

The second is that big-time college sports are, in fact, a business. There is nothing amateur about the NCAA’s $1.15 billion in revenue, its marketing deals, college coaches’ and athletic directors’ salaries, or the amount of time many athletes put in to compete at a high level.

The third reason is practical: Black markets exist. Some star college players will always be paid, no matter what the NCAA says. It should be above the table so schools and the NCAA can keep a better eye on it.

The party has already started, even if the NCAA is arriving late. As of last year, some college athletes may now make money from their name, image and likeness (NIL), which were previously the NCAA’s property. The new interim NIL policy means that some players can now make money from endorsements, sell T-shirts and other branded merchandise, and make paid public appearances.

The NIL rule also applies to teams. Georgia Tech, for example, made a deal to promote TiVo on its sports teams’ social media accounts. Some players received a prepaid debit card for $404 to match Atlanta’s 404 area code, plus some merchandise.

The NIL policy specifics vary from state to state, and federal legislation may be on the way. And schools are still, for the most part, not allowed to directly pay student-athletes for their work. And the new NIL policy mainly benefits the more recognizable athletes.

This new system has room for improvement, and the next few years will uncover its flaws. But it is a step in a fairer direction. It should be refined, not scrapped. College sports are big business, amateur or not. College athletes receive almost none of the revenue they generate, beyond scholarships. By contrast, the major professional leagues pay players between 50 percent and 60 percent of revenue.

That is no problem for the few college athletes who go on to NBA or NFL careers, but for most athletes, whose sporting careers end when college does, it is unfair. Just like athletes who go pro, they deserve to have their playing days boost their future earning power.

Other athletes would also benefit. Most college sports, from baseball to field hockey, lose money. Those sports are subsidized by profitable men’s basketball and football programs. If schools and the NCAA see more dollar signs from the big-revenue sports, they will chase after them, same as any other business. That would mean more money for other sports, as well as academic programs. It might even mean some compensation for players, who deserve to be paid for their labor. It could also encourage money-losing sports to find ways to be self-supporting, which would bring stability to many threatened programs.

Paying athletes would also finally acknowledge an open secret: Some college athletes will always get paid, no matter the rules. Boosters have long paid star athletes under the table. Off-the-books compensation is a routine part of the recruiting process, though not all of it is paid in money. Once a recruit is on campus, athletic directors sometimes arrange no-show jobs. College athletes aren’t allowed to have agents, but that happens anyway. Colleges might as well acknowledge the inevitable and bring these activities above ground to help prevent abuses.

College sports can be thrilling to watch, whether it is this year’s Cinderella busting everyone’s bracket, seeing new stars shine for the first time, or cheering for your alma mater. But off the playing field, things are a lot less thrilling for the players.

The NCAA is a cartel, and acts like one. The new NIL rules are the start of something fairer and more honest. But it isn’t enough. Players should be paid for the value they create, same as everyone else.

This article, The Case for Paying College Athletes, was originally published by the American Institute for Economic Research and appears here with permission. Please support their efforts.