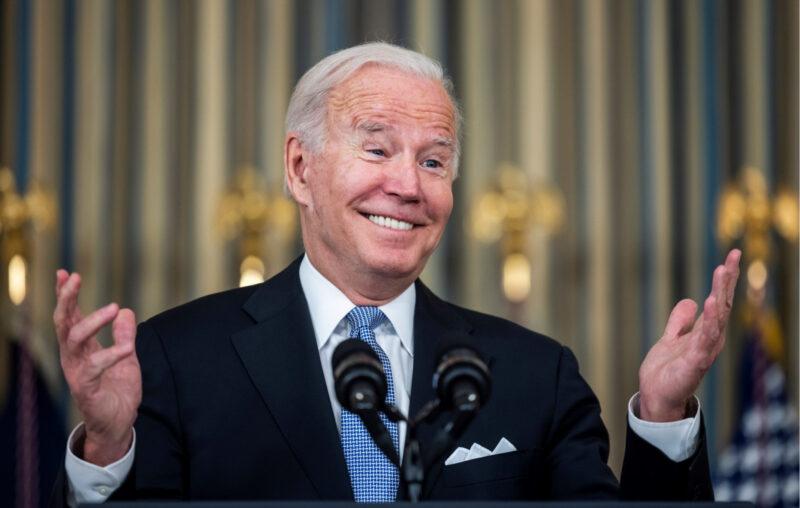 Suppose you own a substantial number of shares – say, $500,000 worth – in Acme Corp., a manufacturer of home furnishings. And being a shareholder, you decide to attend the corporation’s annual meeting. You arrive early for a good seat, eager to hear what Acme’s president and CEO, Mr. Jones, has to say.

Taking the podium after a warm introduction by the chairman of Acme’s board, Jones looks out earnestly at the shareholders assembled before him. He begins by assuring everyone that, while Acme is confronting many real challenges, he and his executive team have matters firmly in hand.

Jones then goes into some detail. He mentions the unexpectedly high and rising costs of Acme’s factory operations. “This problem is real, but we’ve diagnosed it. The problem in part is caused by our suppliers’ greed. Over the past year or so, I’ve noticed that the greed of these scoundrels has intensified. My team and I will lecture these anti-Acme people in hopes of diminishing their greed. As I’m sure everyone in this room knows, a major source of high and rising costs is greed. We will combat it!”

“But we won’t stop there! In addition, we’ll dramatically reduce the amount of supplies that we purchase from other firms. I mean, why buy stuff from others when we can make these things in-house, right?! Although Acme is a furniture maker, we’ll stop buying our tools, delivery vehicles, electricity, and insurance from other companies. We’ll produce, in addition to furniture, these goods and services in-house. We’ll make our own lathes and other tools, manufacture our own delivery vehicles, build and operate an electricity-generating facility to generate our own electricity, and we’ll self-insure. In fact, I’m happy to announce that just yesterday we completed the purchase of a humongous ranch so that we can raise our own cattle to make the leather that we use to upholster many of our sofas and chairs. We’ll save beaucoup bucks and better secure our supply lines by doing these things in-house!”

Jones is getting excited. “Now as for the supplies that we’ll continue to buy from outside companies, we’ll demand – as a condition of doing business with us – that these companies break themselves up into smaller operations in order to eliminate their monopoly power. Their monopoly power is one reason why our costs are skyrocketing; it’s what keeps our suppliers from reducing the prices they charge us.

“But – and this point is important, people! – we’ll also demand that our suppliers not reduce by too much the prices they charge us. We want to ensure that other suppliers have a fair chance of competing against our current suppliers. We’ll not purchase supplies from any supplier whose prices are too low to allow less-efficient rivals to compete successfully against them.

“Finally,” CEO Jones concludes, “from now on our official policy for hiring employees – especially to fill senior-level positions – will be to look first and foremost at applicants’ skin color and genitalia. Only job candidates who have what I decree to be the most pleasing skin color and genitalia will be hired by Acme Corp.! All other qualifications will be secondary.”

You sit there, stunned.

You raise your hand. He calls on you. You ask Jones why he authorized the borrowing of an unprecedentedly large amount of money last year to be spent mostly in ways that have nothing to do with improving Acme’s ability to produce and sell furniture.

“C’mon man,” Jones snaps, “that’s not true! We spent every penny of those funds to improve Acme’s infrastructure.”

You press on by listing some of the projects that consumed millions of dollars of these borrowed funds: yoga studios, wine-tasting bars, a luxury hotel in the Alps, and a petting zoo filled with exotic animals.

Jones stares at you for a brief moment in faux puzzlement, before answering: “You got a problem with those projects? Let me tell you something, man, those projects are essential – essential! – for increasing Acme’s long-term productivity. Our employees need to exercise at the yoga studios, unwind at the bar, decompress in the Alps, and calm their frazzled nerves at the petting zoo. Those projects will repay themselves twenty – hell, twenty-two-hundred – times over!”

You dash out of the meeting to tell your broker to sell all of your Acme shares immediately.

In reality, of course, no private corporation would ever be run as irresponsibly as Jones runs Acme Inc. Indeed, even to contemplate such a degree of cluelessness, incompetence, and fraudulence in a corporate CEO is nearly impossible.

Yet after beholding now for more than a year the presidency of Joe Biden, I think it fair to say that he, the real-world president of the United States of America, is as clueless, as incompetent, and as fraudulent as is Jones, the imaginary CEO of Acme Inc. If you disbelieve me, read Biden’s 2022 State of the Union address. It proves my case.

Of course, Biden isn’t unique. American presidents – and state governors, and big-city mayors – have long peddled nonsense to their constituents. These politicians continue to get away with their destructive fraudulence for three main reasons. First, unlike shareholders in a private corporation, it’s extremely difficult for a citizen of a political jurisdiction (especially at the national level) to escape. Second, unlike executives of a private corporation, government officials can implement their policies, and cover up much of the evidence of their failure, by using coercion.

The third reason is that – unlike shareholders, customers, and suppliers of private corporations – many citizens of political jurisdictions believe that duly appointed government leaders have powers to work miracles. The belief is distressingly widespread that coercion deployed by government officials can work such wonders as making low-skilled workers worth more than they are really worth by enacting minimum-wage statutes, miraculously multiply domestic resources by borrowing and spending money, and increase citizens’ access to goods and services by denying citizens access to goods and services offered for sale by non-citizens.

With such bizarre beliefs being so widespread, it’s no wonder that millions of Americans can listen to the likes of Joe Biden and think “Yeah! Our national government is in the hands of a competent CEO!”

This article, The CEO, was originally published by the American Institute for Economic Research and appears here with permission. Please support their efforts.