The Death of Separationism and the Life of School Choice 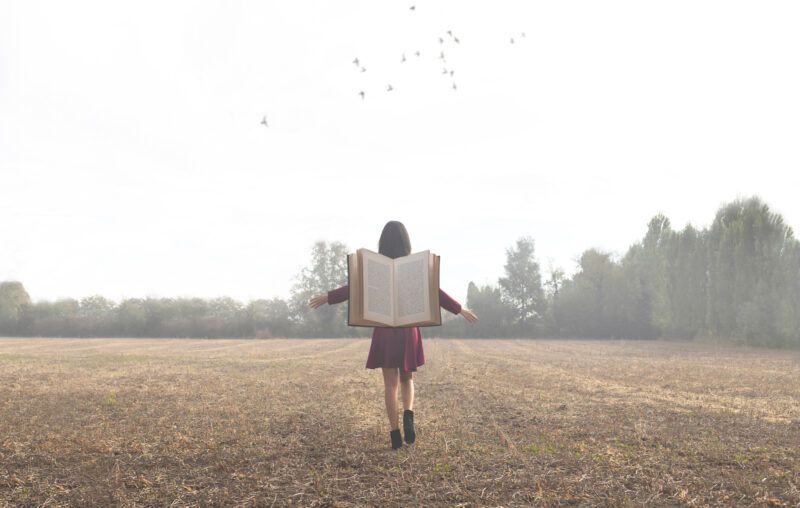 In a Supreme Court term of many consequential decisions, Carson v. Makin stands out for its likely enduring legal and political effects. In Carson, which was handed down on Tuesday, the Court held that Maine could not prevent parents from using its tuition assistance for rural residents at sectarian religious schools. As Chief Justice Roberts said, a “State need not subsidize private education. But once a State decides to do so, it cannot disqualify some private schools solely because they are religious.”

The case is the culmination of a series of rulings in which the Roberts Court has held unconstitutional any condition that withholds generally available state aid from religious institutions. Previous cases had prevented aid from being withheld on the basis of the religious identity of the institution. This case extends that principle to prevent it from being withheld on the basis of the religious use to which the institution puts the tuition assistance—in this case to a school that includes religiously based instruction. The Free Exercise Clause requires neutrality between religious and nonreligious institutions and uses to which citizens can put their government-provided assistance.

The broader significance of Carson v. Makin is that the Court has made it clear that the Free Exercise Clause will be treated like other rights and will not be limited by the nonoriginalist principle of Separation of Church and State.  The case does not appear on its surface to be originalist—it spends little time quoting sources from the founding on the meaning of either the Free Exercise or Establishment Clause. It is nevertheless informed by the movement toward originalism, because what has historically distinguished the treatment of the Free Exercise Clause from other rights is a nonoriginalist view of the Establishment Clause, namely that it incorporates a broad and wooly principle of Separation of Church and State. And that view was itself sometimes supported by a faulty originalism, relying on a few snippets from founding era materials, like Thomas Jefferson’s “wall of separation” comment in his reply to a letter from the Baptist Church in Danbury, Connecticut.

If the Constitution had indeed established a principle of complete separation, it is plausible that a state would have a compelling or at least substantial interest in preventing parents from using generally available aid at a religious school. Separationism would suggest that religious institutions and the state must have no connection. Separationism also animates the notion there must at least be some “play in the joints” between the two Clauses, meaning that a state’s concern about the Establishment Clause could justify restrictions on the scope of Free Exercise rights. This approach can uphold limitations of Free Exercise that would not be tolerated with respect to other constitutional rights. But the Carson majority notably does not deploy the phrase, “play in the joints.” The dissents by Justice Stephen Breyer and Sonia Sotomayor rely on that phrase a total of nine times between them. The dissents also expressly relied on separationism, while the majority dismissed any separationist concern. Thus, the meaning of the Establishment Clause is what ultimately divides the Court.

To say that originalism was not very visible on the face of Carson is not to say that it didn’t play an essential background role. There is a division of labor between scholars and the Court, particularly when a doctrinalist who eschews the citation of scholars, like Chief Justice Roberts, writes the opinion. Scholarship debunking the separation of church and state as the original principle lurking behind the Establishment Clause has been crucial to recent developments in the religion clauses, because it provides the background for Carson’s doctrinal moves. In particular, Philip Hamburger’s magisterial Separation of Church and State shows that there was very little opinion at the time of Framing that attached anything like this principle to the Establishment Clause. The use of the term by Thomas Jefferson (not of course a Framer) was extremely unusual.

Instead, according to Hamburger, what animated the Establishment Clause was the concern of religious dissenters that they not suffer discrimination and that the state, as Hamburger puts it, not take “cognizance” of religion by creating religious tests and putting other religiously infused requirements into law. Measured against this understanding of the meaning of “establishment” and its dangers, Carson’s insistence that religious schools not be discriminated against in generally available programs is completely consistent with the Establishment Clause’s strictures. A program that is non-preferential between secular and any religious education hardly establishes a religion. Indeed, on Hamburger’s account, Carson’s insistence on the principle of non-discrimination makes it more consistent with the Clause’s animating principles than the dissents.

Moreover, Hamburger reminds us that most of the Framers thought that republican government was dependent on a continued religious sensibility among citizens. Religion was necessary for the individual self-restraint that permitted republican government to exercise less coercive restraint than other regimes. Again, it is hard to square the exclusion of religious schools from a government program given this background understanding. Roberts’s opinion would have been improved if he had relied more squarely on the work of Hamburger and others, but that is not his style, unlike a more transparent originalist like Gorsuch or Thomas.

The Political Economy Effect of Carson

Carson is not only important for what it does for Establishment Clause jurisprudence but what it does for the school choice movement. That movement already has political momentum. First, many public schools have been heavily criticized for closing for too long during the pandemic with substantial losses of learning, particularly for the poorest students. Second, many parents are furious with what their public schools are teaching, viewing commonly used history curricula in particular as tendentious and unpatriotic. Many also worry about an emphasis on equity over excellence. As a result, a parental rights movement is emerging as a powerful electoral force.

School choice is the logical institutional manifestation of parental rights. A parent who can choose the school his or her child attends has more influence on the child’s education. At a traditional public school, a parent can only vote in a school board election, and once the school board is elected, he or she retains no substantial leverage at all. School choice provides the invaluable right of exit.

Carson assures those who want to send their children to religious schools that religious choices can never be excluded from a choice program. Thus, it energizes parents who want a religious alternative to the traditional public school to join with parents who want alternatives for secular reasons. The ruling thus contributes even more energy to one of our most important contemporary social movements.

A footnote in Carson shows what the next battleground will be for religious schools. The dissents argued that the schools in the case should not receive state funds because of what they taught (a curriculum that gave much attention to the Bible) and because of their criteria for admission (which apparently included considerations of religious adherence and sexual orientation). The Chief Justice rightly said that these issues were not before the Court, because the Maine program excluded all sectarian schools, regardless of their particular admission criteria and courses.

The extent to which a state can prescribe the admission practices and curriculum of state-funded religious schools will be decided, at least initially in the lower courts, on the basis of another recent Supreme Court case—Fulton v. Philadelphia. In that case, the Court held that Philadelphia could not exclude a Catholic service organization from participating in a foster program because of its refusal to certify same-sex couples. The Court held that this violated the Free Exercise Clause. Because the city had the discretion to make exceptions to its certification requirement, the rule was not a neutral rule and thus would have to be justified under strict scrutiny.

Thus, states may be able to enforce rules on admission and curriculum, but they have to be rigidly neutral and applied without any ability to grant exceptions. That proviso will likely defeat many rules that religious schools would find burdensome, because any sensible school monitoring system needs to be able to grant exceptions due to particular circumstances, such as the location and mission of a school. It will be particularly hard to get political support for rigid rules, given that choice is the whole thrust of the school choice movement. And under Fulton, once the state has the authority to grant exceptions, it will only be able to enforce a rule against a religious school on the basis of a compelling state interest—a high barrier.

Other cases will get more headlines this term. But Carson may prove the most important in the long run. It permanently frees the Free Exercise Clause from the shadow cast by the constitutional penumbra of Separation of Church and State. It energizes a political movement that is essential to improving the human capital of the next generation as well as sustaining the ideological and religious diversity that makes for a pluralist society.

This article, The Death of Separationism and the Life of School Choice, was originally published by the American Institute for Economic Research and appears here with permission. Please support their efforts.