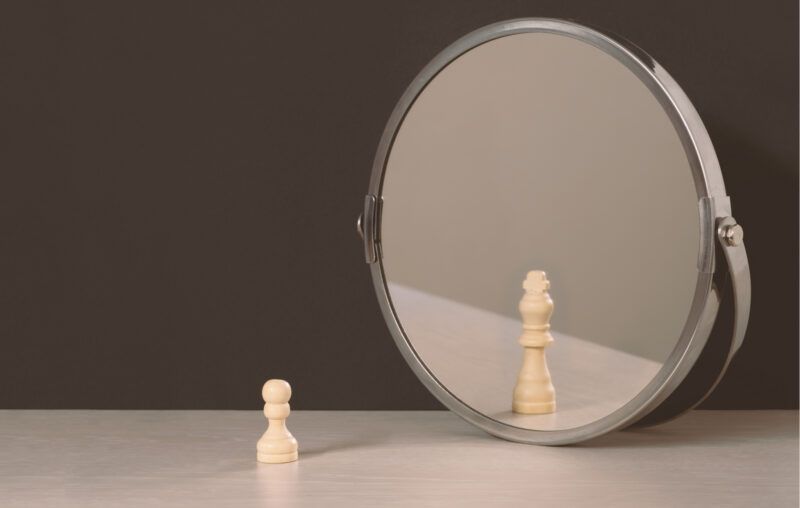 In America, “democracy” or “democratic” are among the most common words used to justify or endorse positions or policies. “Democratic” is attached as an adjective whenever something is considered good politically (e.g., “our democratic way of life”), and “undemocratic” is attached to things being criticized (including almost everything that represents a loss for just about anyone).

Americans are constantly told we must fight for democracy. Leading up to elections, politicians extol the democratically-expressed wisdom of the electorate they hope to represent (that those elected often then ignore or overturn). We are told that the American Revolution was for democracy; that people have died for our democratic right to vote; that each vote was crucial; that if you don’t vote, you don’t care about America; and so on. We even hear proposals to replace the Electoral College because it isn’t democratic enough.

Currently, the “democratic” equals “I approve” approach has turned into a cottage industry about how America and the world face massive threats to our democracy. Good examples are President Biden’s statement that “Democracy doesn’t happen by accident. We have to defend it, fight for it, strengthen it, renew it,” and his “Summit on Democracy” (ignoring the irony of how many things his administration has imposed or tried to impose against the wishes of most Americans). It is also illustrated by a Google search that turned up over 4.5 million hits for “threat to democracy.”

Unfortunately, while democratically determining who will be entrusted with the reins of government may generally be the best hope to enable governments to change without bloodshed (Although the precedent set by John Adams’ acceptance of electoral defeat at the hands of Thomas Jefferson is also a critical American precedent), democracy is not America’s core. Liberty is.

Democracy, from America’s Founding on, has been important only insofar as it served and defended liberty. You cannot take seriously our Founders’ words without coming to that conclusion (e.g., George Washington’s statement that “Your union ought to be considered as a main prop to your liberty; the love of the one ought to endear you to the preservation of the other”). It is why we have the Constitution, and particularly the Bill of Rights. After all, if whatever the majority decided “democratically” at a given time were always to be law, there would be no purpose in restrictions that explicitly put certain rights against government impositions beyond majority determination. It is also why Alexis de Tocqueville wrote that liberty, not democracy, was the central reason for our country’s greatness in Democracy in America.

Today, however, many fail to recognize liberty’s primacy over democracy, and the lessons history teaches us about losing liberty despite, or sometimes because of, democracy. That makes it important to refocus attention on that central issue that gets so little attention in policy discussions.

The equation of democracy with liberty fails to distinguish between two quite different things. One is whether there is excessive power in government hands. The other is how those who will administer the government will be selected. Of crucial importance is that electing those who will wield excessive power does not eliminate, or even necessarily reduce, the threats such power poses to citizens the government is supposed to protect. After all, the test of dominant preference looks a lot like “might makes right,” which stands in sharp contrast with liberty. Or as James Bovard put it, “Democracy must be something more than two wolves and a sheep voting on what to have for dinner.” Democratic determination also means that the wishes of those who are in the minority on any issue are irrelevant to the outcome, rather than providing any significant voice in a result they will be forced to accept. Since all of us are in the minority on some issues, that is hardly an ideal to aim for.

The importance of understanding the very large gap between liberty and democracy was well expressed by F.A. Harper in his 1949 Liberty: A Path to its Recovery:

Consider…all the acts of all the units of government for one day. How many among them were the proper functions of a liberal government…in how many instances did you have any opportunity or right to participate in the decision; if you disagreed with the decision, in how many instances was there anything that you could do about it?…Your “liberty” in the process is that you enjoy the right to be forced to bow to the dictates of others, against your wisdom and conscience …the direct opposite of liberty.

Harper also recognized what is now driving an increasing wedge between democracy and liberty. We must remember that: “Government of even the best design should be used only where, in the interests of liberty, it becomes necessary to arrive at a singleness in pattern of conduct.” When we need not all agree about our desires and the trade-offs we are willing to make—which is true for the vast majority of choices–liberty is the best democracy, in that each individual’s choices matter. Substituting political democracy for economic democracy, when we need not agree on what to do gives each of us less liberty in our lives (which is why federalism and freedom tend to increase or decrease together).

America is already far beyond what can be justified as advancing our mutual well-being. And our government seems determined to double down on how far it oversteps, a strategy which necessarily shrinks liberty, and the benefits only liberty can provide. That makes it worth noting that a maximum of democracy means a minimum of reliable protection for citizens’ rights, which in turn means a minimum of liberty. If we thought carefully about that, “democracy” would no longer be the go-to word for good in politics, and liberty might get more attention.

This article, The Democracy Illusion, was originally published by the American Institute for Economic Research and appears here with permission. Please support their efforts.