The Economic Way of Seeing 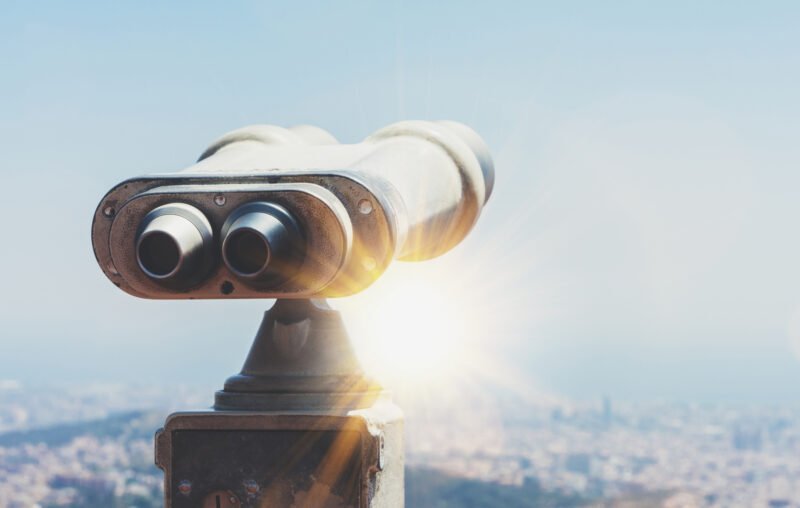 One of the first economics books I ever read, and later one of the first books I ever used in one of my classes as a professor, was Paul Heyne’s The Economic Way of Thinking, which, with Peter Boettke and David Prychitko as added authors, is now in its 13th edition. While Principles of Economics is the most common title for such books, virtually every principles of economics text shares its emphasis that, at its heart, economics is a particular way of thinking.

For just one example, the latest (17th) edition of Gwartney, et al, Economics: Private and Public Choice, quotes John Maynard Keynes that economics “is a method rather than a doctrine, an apparatus of the mind, a technique of thinking which helps its possessor to draw correct conclusions.”

I have found that viewing economics as a way of seeing, as well as a way of thinking, can be a useful extension. For instance, where many texts talk of the economic way of thinking as a roadmap or set of guideposts, my favorite analogy to illustrate it is birdwatching–particularly how someone trained as a birdwatcher can see birds that others do not in the same situation, because they know what to look for, just as someone trained in economics sees things others may not because he or she knows to look for every important incentive story that impinges on a situation (as when economists can tell you about the likely effects of a binding price ceiling on a good they have never heard of, because they know the generic, or general, consequences that follow).

In addition to obvious cases of people’s self-interest conflicting with economic principles, those principles often involve “seeing” what you cannot point to for illustration, because it is harder to “see” what is not there (like Arthur Conan Doyle’s dog that didn’t bark), than what is visible before us.

“That Which is Seen and That Which is Not Seen,” especially the first section, “The Broken Window.” As Bastiat put it in his Introduction, “Between a good economist and a bad economist this constitutes the whole difference—the one takes account of the visible effect; the other takes account both of the effects which are seen, and also of those which it is necessary to foresee.”

The best way for readers to “see” my point is to illustrate it.

One very important economic “vision” issue is opportunity cost. For example, in class I often pick a student with a sibling still at home, specifying that he or she takes half as much time to mow the lawn as their sibling. Then I ask which of them is the lower opportunity cost lawn mower. Someone who has not done their reading will always reply that they are the lowest cost lawn mower because they are faster. That is, their answer reflects what they can see—how much time the task takes (absolute advantage). However, what they have to see with their minds is that what is given up is not the time involved, but the value they could have produced doing something else with that time. Without such information, they do not know enough to answer the question. So I show them how they could be the higher opportunity cost lawn mower even if they are twice as fast at it as their sibling. For example, if my student would have produced $20 of output per hour, a half-hour of their time foregoes $10 of output elsewhere, but if their sibling would have produced only $8 of output per hour, they would have the lowest opportunity cost of mowing the lawn–$8 rather than $10.

That approach also allows making the difference between absolute and comparative advantage clear. Many people can see, along with Adam Smith, that if England is absolutely better than Portugal at producing wool and Portugal is absolutely better than England at producing port wine, both can gain from specialization and exchange. But it took many years after Smith for David Ricardo to show that differences in comparative advantage, even when one country is absolutely better at producing both goods than the other, can also produce mutual gains. And many still do not understand that, because one must see the opportunity cost of each good in terms of the foregone amounts of the other good for each country in order to recognize the reason (similar to the lawn-mowing illustration).

Thinking of exchanges as involving a quid pro quo (an equal value for each side) is another important consequence of defective economic vision. What you can easily see is the same number of dollars moving from one pocket to another. It is a short step from there to the conclusion that it involves an exchange of equal values. But the conclusion that such a trade therefore represents a quid pro quo is incorrect. Unless both individuals valued what they got more than what they gave up, parties would not agree to such exchanges. Those equal dollars exchanged do not represent equal values to the participants involved, but you must see beyond the exchange of equal dollars to recognize that every such exchange is better than equal for all parties.

Considering market exchanges as involving equal values on both sides also leaves people blind to the fact that artificial government restrictions, which reduce the volume of willing exchanges destroy wealth that would have been created in the absence of those restrictions. These include taxes, tariffs, and onerous regulatory burdens that act like taxes, price ceilings and floors, entry barriers and other limitations on competition, etc.

By artificially reducing the amount of voluntary trade, such government interventions destroy the mutual wealth that those trades would have created. And given that government has no resources it does not first take from citizens, when government spends more resources in one place, it must raise more tax dollars from other places to do so. And those tax dollars destroy wealth beyond just the revenues that go to government, which economists call the welfare cost or excess burden of a tax. But you can’t see such costs easily, since they represent the difference between what would have happened (which cannot directly be seen) and what actually happens (which can be seen).

Say we were starting from a situation of zero taxes on a good. Imposing a 5 percent tax on an item would eliminate those trades that would have generated very small net gains up to net gains of 5 percent. But the more heavily burdened such trades are already, the greater those welfare costs. Say there was already an effective marginal tax rate of 35 percent in that market (perhaps from multiple taxes and regulatory impositions). Adding a new 5 percent tax would raise the cumulative tax rate from 35 to 40 percent. And that would eliminate those trades that would have generated between 35 percent and 40 percent in net gains to the parties, a far larger harm. That is why the bigger government is, requiring higher taxes, the more costly to society growing it even further is.

While the welfare cost of taxes causes an excess burden to society—often a very large one—over and above their contribution to government’s treasury, because it is hard to “see,” you never observe it incorporated in benefit-cost analyses of government spending projects, even though such analyses are characterized as incorporating all the relevant costs and benefits.

Inadequacies in using the economic way of seeing also explain why people so often underestimate the power of markets to coordinate our social arrangements in the face of change. Those not expert in a particular industry—almost any “outsider”—and even many who are considered expert, underestimate the possible margins of adjustment, so they fail to see how much price changes can accomplish to coordinate our interactions in such cases.

Over and over, people miss what the economic way of seeing would reveal. But there is at least one “exception that proves the rule”–central planning. Central planners do not know things about us that are hugely important to mutual value creation but are not revealed to them through our voluntary market interactions. Yet they erroneously presume to be able to see all those things that they cannot see, to rationalize giving them control over others’ lives, as Friedrich Hayek’s The Use of Knowledge in Society made clear, and hide the fatal error of their efforts, particularly from themselves.

Considering economics as a way of seeing as well as thinking also helps us understand why graphical tools are so powerful in the field. They allow us ways to see what isn’t immediately or obviously observable.

You can “see” opportunity costs and the gains from trade using production possibilities curves. You can “see” quantities different from the ones actually chosen and the welfare costs of government interventions with supply and demand curves, whether from taxation, regulations, or price controls. In a bit more advanced classes, you can “see” the effects of subsidizing one group on those who are not so subsidized (as when insufficient budgets for a program means some of “the poor” targeted for aid are actually harmed) by using disaggregated supply and demand analysis. You can “see” opposing income and substitution effects with budget constraint and indifference curve analysis, as well as some of the weird incentives created by government policies using more advanced budget constraint and indifference curve analysis.

I have no objection at all to viewing economics as a unique and powerful way of thinking. I think that is absolutely true. But that way of thinking is what allows economists to see things more accurately than others, so it is also important to recognize it as a way of seeing. Given that much of what people struggle with in accepting economic reasoning involves what one can only “see” with their mind, it is particularly useful to remember that. And recognizing the ability to see what isn’t there as something that makes many of economics’ graphical tools so useful can ground the understanding of those who teach economics, as well as those who take it.

This article, The Economic Way of Seeing, was originally published by the American Institute for Economic Research and appears here with permission. Please support their efforts.