The Enduring Relevance of Mises and Hayek’s Critique of Socialism 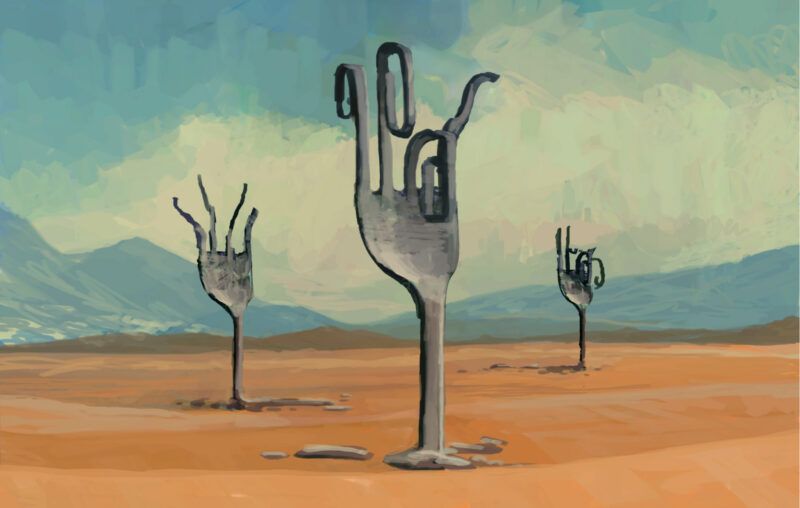 In my previous column I summarized Ludwig von Mises and F.A. Hayek’s explanation of why full-on socialism is destined to cause mass impoverishment. This explanation does not rest on the very real perversity of incentives under socialism. Instead, it rests on the fact that, by eliminating market prices in the means of production, socialism destroys the knowledge that must be discovered and acted on in order for resources to be allocated in ways that result in the production of outputs valued by consumers.

A price is a signal wrapped up in an incentive

Prices arise whenever prospective buyers offer to purchase inputs (including labor services) from owners who have the right to accept or reject these offers. The resulting pattern of prices reveals the prevailing, relative scarcities of different inputs. If the amount of steel necessary to build 10,000 lawn-mower blades is priced at less than is the amount of aluminum necessary to build 10,000 blades of the same quality, the blade manufacturer is not only informed by prices that steel is in more abundant supply for his purposes, the lower price of steel incents him to act on this information. He uses steel rather than aluminum. As my colleagues Tyler Cowen and Alex Tabarrok succinctly note in their textbook, Modern Principles of Economics, “A price is a signal wrapped up in an incentive.”

Importantly, applicability of the Mises-Hayek argument does not kick in only when the economy becomes fully socialized. While it’s true that the greater the extent of intervention the worse will be the resulting economic damage, the Mises-Hayek argument is the general one that all market prices are rich with information – information that is inaccessible without markets – and that whenever government acts to distort or hide this information the economy suffers.

Consider a government that intervenes only by imposing a protective tariff on steel. The resulting higher price of steel tells a lie to market participants; it tells them that steel is less abundant than it really is. If the tariff pushes the price of steel above that of aluminum, the blade manufacturer will produce the 10,000 blades using scarcer aluminum rather than more-abundant steel. Lawn-mower blades are thus produced using an input – aluminum – that ‘should’ be reserved to produce other outputs. These other outputs will either go unproduced or be produced in lower quality.

Yet in an economy as large as that of today’s global market, this lone inefficient use of resources will obviously not quake society’s foundations. Its impact won’t register on even the most sensitive economic Richter scale. Given the size and dynamism of the modern economy, detecting – not to mention measuring – the negative impact of this tariff on overall economic performance would be practically impossible.

While this lone intervention will not, unlike full-on socialism, cause economic collapse, its negative impact nevertheless is real. If the government adds to this protective tariff on steel a subsidy to aircraft manufacturers, the pattern of market prices is further distorted. More resources are used wastefully. More consumer goods and services that would have been produced go unproduced.

The Market Is Robust

One of the most important lessons that I’ve learned by studying economics for the past 44 years is that markets are impressively robust. The market is not so delicate that it requires an ideal setting and ideal conditions in order to work reasonably well. What the old pitchman John Cameron Swazye used to say about Timex watches applies quite well to the market: “It takes a licking and keeps on ticking.”

But the fact that the market won’t calamitously collapse unless the government massively obstructs the operation of the price system does not mean that less than massive obstructions of the price system cause no problems, many of which are severe. Although the Mises-Hayek critique, offered in the 1920s and ‘30s, was indeed aimed at full-on socialism, these scholars’ explanation of the vital role of prices and of private ownership of the means of production applies to all government interventions that distort the formation of competitive prices.

Every tariff, every subsidy, every tax, every price ceiling, every minimum-wage statute, every occupational-licensing restriction, and every restraint on the alienability of property reduces the accuracy with which the pattern of prices reflects the prevailing scarcity of resources. In some cases, the costs of these distortions might be worth incurring given whatever are the benefits that arise from the particular government interventions. But government interventions, regardless of their merit, will always create distortions. The fact that the market, thankfully, is so robust as not to grind to a halt at the slightest provocation ought not be mistaken as evidence that government interventions into the economy are harmless unless and until they begin to resemble full-on socialism.

This article, The Enduring Relevance of Mises and Hayek’s Critique of Socialism, was originally published by the American Institute for Economic Research and appears here with permission. Please support their efforts.

These Countries Are The Most Reliant On Coal