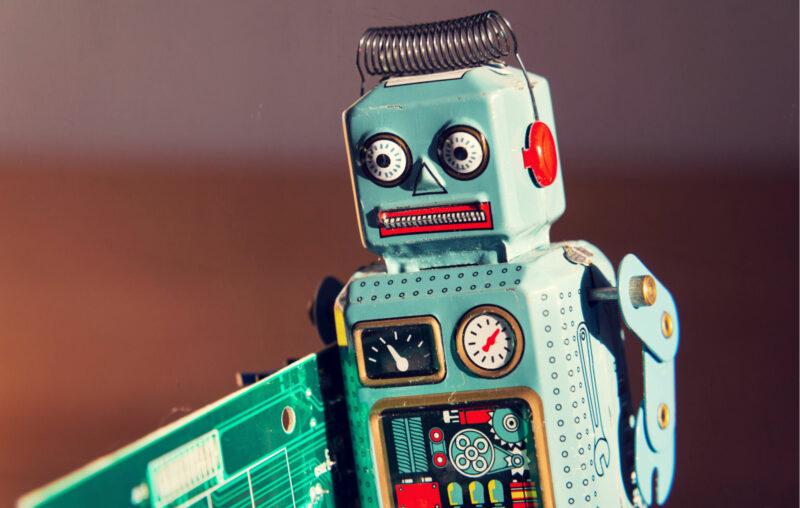 If the Covid policy crisis has done anything, it is to make clear that “government scientific agency” is as much of an oxymoron as military intelligence, jumbo shrimp, or Marxist economist. Government bureaucracies cannot “do” science because their incentives are all wrong. Science flourishes only in a competitive environment.

In fact, science properly understood pits against each other competing hypotheses formulated to explain as many real world observations (RWOs) as possible. Scientists worthy of the name prefer the hypothesis that gives them the best chance of predicting the future, be it the structural integrity of a new bridge design or the course of a pandemic or inflationary spiral.

When confronted with new RWOs that the most comprehensive/predictive hypothesis tested to date cannot explain, the best scientists develop, and then test against RWOs, new hypotheses, new explanations that are not (at least yet) widely accepted or understood. The history of science is literally the story of this innovative process repeated over and over across astronomy, biology, chemistry, physics, and even, to an extent, economics and economic history.

Competition between scientists (and between business firms) is responsible for every material comfort in your life, from your supercomputer of a cell phone to your huge yet cozy house to your increasingly safe and energy efficient automobile to the medicines extending your life despite your addictions (and we all have at least one of those – mine is good food). The relatively strong competition between contending hypotheses in American science (and business) explains why you speak English instead of German, Japanese, or Russian and hopefully will explain why your descendants do not speak Mandarin, at least as a first language.

Policymakers (usually reduced to Vannevar Bush but others too) rightly pointed out that America won World War II due to superior technology, but it was a close call. Instead of increasing competition between scientists, however, those policymakers argued that the US government had better start flooding scientists with cash. They used the 1957 Sputnik satellite scare to push their agenda further, to the point that as he left office in early 1961 President Eisenhower warned the American people about the emerging scientific-technical complex threatening their liberty. Like many, I like Ike, but wish he had devoted more than three lines of his famous speech to the phenomenon!

While it is easy to dispute crazy claims that we would not have jet engines or nuclear energy or the internet were it not for government funding, it was until recently more difficult to show the damage that government funding of science was doing. Sure, there were anecdotes indicating great waste, like that from a not-so-bright acquaintance of mine who researched anuses, bowels, colons, large intestines, rectums, and other “butt stuff.” My acquaintance found the work as unsavory as most of the rest of us would but he entered the field precisely because fewer scientists applied for grants in that area of the anatomy. While I admired his “ass arbitrage” from afar, I found the fact that government research was doled out to dolts because of some budget formula more troubling than my still aching hemorrhoids.

About a decade ago, in an attempt to better understand Ike’s science-technology complex, I co-taught an undergraduate capstone course with a physicist, a real rocket scientist who was open to the hypothesis that government bureaucrats should not be picking winners. He hinted that he felt that some of his grants for important research had been shunted aside for non-merit based reasons. Our best and brightest student, however, was livid at the mere suggestion that science funding should be cut but, tellingly, did not make his views clear until the course evaluations. He admitted that he envisioned a cushy life of government-funded lab work ahead of him that my defunding scheme would have jeopardized.

Imagine how people who already have PhDs and scientific sinecures feel about reduced research funding! It is the bloody end of the world. The Chinese will crush us if Uncle Sam doesn’t keep the green taps open wide. But the Chinese may have already crushed us, with Uncle Sam’s help. One of the readings for the capstone course was a 2008 piece by Holly Menninger called “Big Bucks for Biosecurity Research” that showed how President George W. Bush threw tens of billions at biosecurity researchers via the CDC, NIH, DHS, and DoD following 9/11 and the October 2001 anthrax attacks in a classic case of measuring inputs instead of outputs.

This paragraph sent shivers down my spine on a recent rereading:

“[A]s the number of laboratories grows, the number of individuals handling dangerous biological agents grows as well, as does the potential for accidents. Unchecked expansion of laboratories with little federal oversight is a recipe for disaster,” contended Edward Hammond of the Sunshine Project, a now defunct nongovernmental watch-dog organization. He warned Congress that “the most likely source of a bio-terrorist event in the US is a US bio-defense lab.”

Or a Chinese one. While it might have made sense to outsource a dangerous chemical laboratory to another country, outsourcing viral gain-of-function research was remarkably irresponsible. Even if it turns out that bat soup or Randy Marsh’s indiscretions with a pangolin caused the pandemic, the information being disclosed about the federal government’s funding of the Wuhan lab is as troubling as recent revelations that top U.S. science bureaucrats care more about quashing dissent than about rigorously testing hypotheses.

Where many erred was in the belief that the National Science Foundation, the National Institutes of Health, and other government scientific grant agencies are primarily interested in furthering science. While they might occasionally make a bad decision on a grant application, they were, many believed, as Nicholas Wade argued in 1984, for the most part beholden to the decisions of peer-review boards composed of real scientists and hence trustworthy, if not above reproach (The Science Business [New York: Priority Press, 6]).

The problem is that in some key areas of medical research, federal science agencies crowded out many traditional private sources of funding. Pharmaceutical companies provide the bulk of the rest. Many biomedical scientists depend on Big Pharma and/or the federal trough for funding, and hence ultimately their jobs. They were rightly afraid to speak out against Pfizer, Fauci, and others knowing full well that big companies and the faux lab coat government administrators could, and would, withhold future grants if they didn’t follow orders, or at least keep quiet about the inconsistencies in America’s Covid policies, including the suppression of promising but inexpensive therapeutic interventions (well documented on the websites of AIER, FEE, the Independent Institute, and Reason, among other places). That’s not real, competitive science, that is what the American colonists called the naked abuse of “the power of the purse,” a power that the Constitution vested in Congress, not Flip Flop Tony.

In short, the United States must rethink how it funds scientific research. America might be best off if all government funding was phased out over a few years but barring that, a more decentralized, merit-based, or even randomized grant decision-making system needs to be implemented. And there can be no secret contracts between big corporations and government agencies in a democracy worthy of the word, especially when it relates to a substance the government is trying to force into everybody’s bodies.

Nobody can stop the Randy Marshes of the world and other random shocks, but Americans certainly can finally take Ike’s warning to heart and restructure incentives, even if that means Fauci finally has to somehow scrape by on his $350,000 a year government pension. The final arbiter of “the science,” and those worthy of grants to do science, has to be the real world, not flawed individuals.

This article, The Government Scientific Agency Oxymoron, was originally published by the American Institute for Economic Research and appears here with permission. Please support their efforts.