The Industrial Revolution Was Not a Wash! 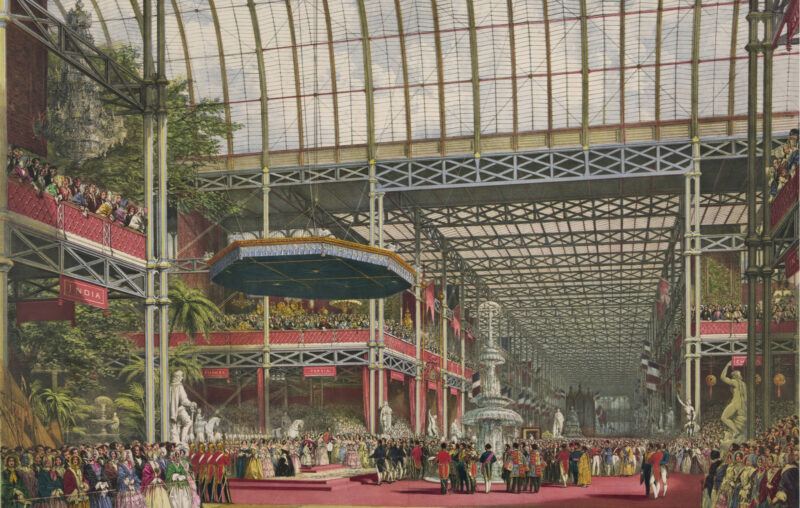 An economist once relayed to me a conversation that he had with his teenage niece regarding the content of her high school global history class. When he asked her about the Industrial Revolution, she replied that there were good and bad things about it. In the end, it came down to a wash between the good and the bad.

As a result of this anecdote, I began asking my own students about their assessments of the Industrial Revolution. The set of answers I obtained was roughly the same: living standards did not increase for the poor; only the rich got richer; the cities were dirty and the poor suffered from ill-health; the artisans were crowded out; the infernal machines of the Revolution dumbed down workers, etc. In other words, the imagery that seems to have seeped into popular imagination is one that resembles the Marxian version of history that used to be taught by the likes of Eric Hobsbawn.

Before then, I knew that there was a wide disconnect between the empirical knowledge that has been generated since the 1960s and what dominated the popular imagination. However, I had never imagined the chasm to be so wide.

As such, any new research on the topic of living standards during the Industrial Revolution is worth communicating in order to bridge the divide. Two recent articles, published in the European Review of Economic History, that consider living standards in Britain (the cradle of industrialization) during the Industrial Revolution offer such a chance to bridge the gap.

One should notice the similarities rather than the differences. Indeed, neither group argues that there was no sustained increase. They merely debate, in a window of a few decades, the timing of the increase. In a way, this means that the worst-case scenario (i.e. that which is advanced by the optimists) still cuts against the depiction embedded in the popular imagination. In other words, even the most extreme pessimist will end up rebutting the idea that the poor got poorer.

The first of the two articles, authored by Luis Zegarra, made a series of modifications to the way that wages are deflated. Generally, the approach used by economic historians was to create a basket of goods that resembles a poverty basket. In other words, if one could not afford this basket, one would be abjectly poor and bare subsistence would be in jeopardy. Normally, this entailed fixing the quantities of certain goods (e.g. kilograms of beef, flour, etc.) to ensure that a minimum of calories was consumed. Zegarra, rightfully, argued that this was wrong. People in the past were rational and dealt with multiple constraints simultaneously: they were trying to find the cheapest basket of goods while maximizing the quantity of calories, proteins and other nutrients. They would thus vary the composition of the “poverty basket” to reflect the relative features and prices of the different food goods. Zegarra then proceeded to measure these methodologically superior baskets. He made two important findings. The first is that living standards were lower than depicted in previous works of economic history. He found that living standards in London (i.e. a proxy for England) were overestimated by 40%. The second is that the increase in living standards was sustained from 1600 onwards.

The second article, authored by Daniel Gallardo-Albarrán and Herman de Jong, decided to go a step further and attempted to measure welfare as broadly defined as possible. They created a weighted index of wages, working hours, life expectancy at birth and inequality. Such a weighted index is meant to reflect that living standards are not unidimensional as there is more to the quality of life than the wages earned. While I am personally skeptical about including wage rates alongside inequality (as the wage rates pertain to the poorest), their results provide high-quality fodder to the pessimists. Indeed, they confirm that living standards stagnated (and fell somewhat) during the second half of the 18th century. However, they also show that there was an important increase in living standards from 1800 to 1850. In fact, they show a faster increase: whereas conventional measures such as GDP per capita show a 32% increase during those years, Gallardo-Albarrán and de Jong find a 39% increase in welfare. The changes during the first half of the 19th century thus appear in continuity with those of the second half. In other words, the increase started later but there was a pronounced sustained increase.

The findings of these articles are incredible for anyone seeking to bridge the divide between scholarly knowledge and the popular imagination. They show that even the worst-case scenario implies that the Industrial Revolution constituted a momentous and positive development in terms of the quality of life of the poorest.

This article, The Industrial Revolution Was Not a Wash!, was originally published by the American Institute for Economic Research and appears here with permission. Please support their efforts.