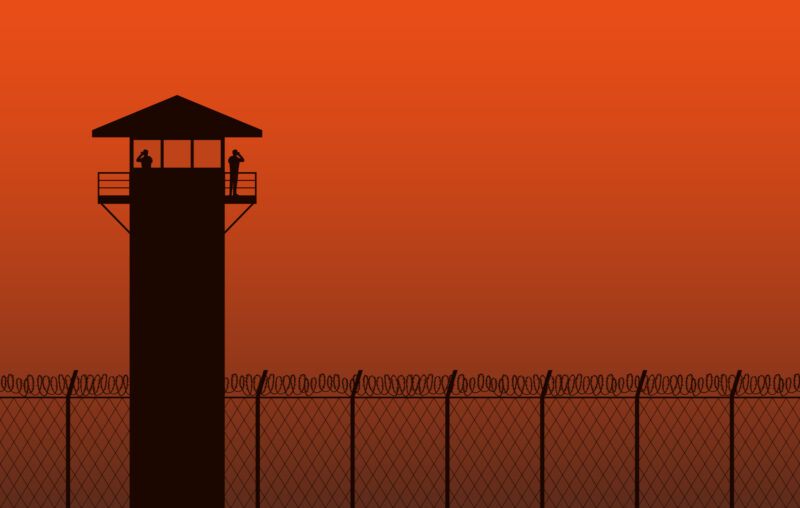 It was always tempting for end-stop places of the world to turn their countries into pandemic maximum-security prisons. The reasoning went something like: the disease spreads between people; we can keep people out; and that protects our population.

In some of these countries where geography imbued its people with a false sense of security and insulation, lawmakers tried to close their countries from the dangerous world that lay beyond their literal shores. Iceland, Australia, and New Zealand have all been the lockdown media’s darlings, as if what these countries experienced – comparatively low infections and deaths – stemmed from wise policy choices that were equally available to the world’s transportation hubs (London, New York) or highly connected countries with next to no ability to restrict movement across borders (U.K., European Union member states or the states of the United States).

For some time last year, and still in the minds of lockdown proponents everywhere, these fortress nations seemed like the place to be. The promise of a somewhat normal life for the insiders, only cut off by the foundational contribution that outsiders usually bring, proved too tempting for these island nations. It was quickly ignored that large parts of their economies and citizens’ incomes rely on tourism (never mind, we have government debt) and the intellectual and social exchange between its citizens and foreigners (no problem: we can ruthlessly control their re-entry, and who needs foreigners anyway).

In June last year, Elizabeth Kolbert penned a dreamy long-read in The New Yorker titled “How Iceland Beat the Coronavirus.” It reads somewhere between a current affairs-story and a travel blog, as much about her life and deeds as about the pandemic success she intended to cover. In June of last year, the chaos of an outdrawn panic in hot spots like New York, London, and Stockholm had its inhabitants grasping for hope: a positive story, or a kind of inspiration to learn from.

Kolbert’s piece, like so much written last spring, didn’t age well, but it captures the belief that has propelled policy-makers for over a year: with the right technocratic solutions, imposed from above, we can fix this. Kolbert’s was the perfect story of a central planner, stoically taking harsh actions to protect his underlings from an uncertain foreign threat. In this case, Iceland’s central planner was a trio – the chief epidemiologist Þórólfur Guðnason, director of health Alma Möller, and the chief of police Víðir Reynisson – who would rule the lives of the island nation’s 370,000 inhabitants for the coming year.

In the spring that Kolbert covered, the technocratic-scientific savior was tests and tracing; now they’re vaccines. Even now there are references to Iceland’s harsh measures last spring in crediting its streak of zero deaths from April 26 to October 16. For a blissful few months it opened its tourist-heavy economy for the one-tenth or so of an average year’s travelers: for that short respite from a world gone mad, Iceland seemed great. Virtually no restrictions beyond that initial test at the border; measures were limited to bars closing a little earlier, hand sanitizers by the entrance of every shop and gas station, and people reluctant to shake hands. No muffled faces, no widespread closures or antics between people – not unlike Sweden, before they, too, gave in to stupidity.

And yet, the major lessons were overlooked and the rollercoaster of open-close-open-close that lockdown critics warned about have been followed to the T. Every time some infection weaseled its way through the supposedly impenetrable outer defenses, the country returned to a mode of harsher restrictions, venues with arbitrary maximum capacity limits, and no more fun.

Overnight stays, a common tourist metric, were down 65% last year and total visitor numbers from abroad down by about 90%. For 2020 as a whole, GDP fell by 7% (by far the worst of the Nordics, almost three times the U.S. GDP loss and on par with the disaster case that is Britain), unemployment doubled, government debt exploded from a low 37% of GDP to 53%. During last year’s scant summer season, where most of the island’s tourist attractions looked ghastly oversized, politicians, business owners, and other talking heads chanted about a lost season and how to work together to overcome it. Now they’re talking about another one, as if we haven’t just had a year of exactly that conversation.

Gradually, just like Robert Higgs predicted many years ago, the emergency measures were lifted – but never all the way back. Some shameful stains remained – like the masks and shortened opening hours that were quickly resorted to – even though there were no active infections in the country for about two months.

The central planning trio’s press briefings in the last few weeks have been surreal, with the viewer confused if they were in April 2021 or April 2020 (or October or December…). We must protect the healthcare system; we must keep the foreign infections at bay; people must do the right thing and obey our commands. Guðnason said that we’re in the last kilometer of a marathon (97.63% of the way, implying that the 420 or so days of this pandemic disaster is about to end sometime by next weekend) – an appeal he has made before, both around the October 2020 restrictions and again in early December when the previous restrictions didn’t seem to bite (go figure). Just cobble together now and pandemic-behave, and we can be out of it for [insert next holiday]. Fat chance.

Because daily domestic infections spiked from one handful in the middle of March to two handfuls in late March (of healthy people in their 20s and 30s, by the way), the whole country was sent back to the prison cell that is the central planner’s wet dream. No gatherings, no bars, heavily restricted opening hours, no gyms (because why stay healthy in a pandemic…?) or outdoor swimming pools – even though dozens of people had packed themselves uncomfortably close in saunas on a daily basis for months without incidence.

Another day at the office for the ever yo-yoing central planners.

When push comes to shove, Aussie rulers also showed their authoritarian streak: snatch away everyone’s (temporary) life any time there’s an inevitable breach in the outer walls; harass people, including old ladies, and let infants die, all under the auspices of “protection” and “responsible government services” against the mild danger that is Covid.

The case of Australia is illustrative, as the dominant narrative from both the media and public health scientists have strived to credit its low case numbers to the claimed efficacy of lockdowns. The country’s unique geography does not even minimally figure into this story, yet it is difficult to ignore once we look at the pattern by which Covid-19 spread undetected for almost 3 months before any Western country even considered lockdowns.

International air traffic volume matters greatly when it comes to the undetected spread. Before, Australia’s annual international air traffic hovered around 42 million passengers. That figure alone puts the entire country on par with the 2018 international traffic of London-Gatwick, which is only the second-busiest airport in the UK (London-Heathrow topped 80 million in pre-pandemic years). Over a dozen hub airports in Europe and Asia carry more international traffic than all of Australia. While a greater share of air travel in the United States comes from domestic travel, hubs such as New York-JFK and Atlanta similarly dwarf any of the Australian airports. For further comparison, New Zealand and Iceland maintained annual air traffic totals of about 9 million each prior to 2020.

Due to the comparative ease of closing their borders, island nations – and especially small island nations with only a few airports – have a natural advantage at using this tool to combat pandemic spread. For related reasons, Iceland, Australia, and New Zealand’s Covid statistics have been closely comparable to those of Taiwan – a much more heavily trafficked island nation that similarly closed off international travel. Australia and New Zealand relied on heavy internal lockdowns during the early months of the pandemic, as well as recurring “circuit breaker” lockdowns ever since in response to local outbreaks. Taiwan, by contrast, has never relied on internal lockdowns in any meaningful sense. And Iceland charted a course in between with internal restrictions that were heavier than Taiwan’s but milder only in the brief interludes between tightening restrictions. What the four countries have in common is not their policy responses, which share very little beyond border closures: Rather, they took advantage of their unique geographies in ways that simply were not replicable for most of the world – and certainly not after undetected spread arrived.

Kiwi GDP fell by some 3 percent last year, roughly in line with the U.S. and Sweden – despite these countries’ vastly different Covid approaches – while Australia’s negative growth seems to be a little over 1 percent. Government debt-to-GDP jumped from 47% to 63% while Australia’s uncommonly high savings rate fell a lot during last year, in contrast to most other countries. Short-term visitors like students and tourists (which make up a sizable portion of the Australian economy and even more so its population’s employment) dropped by some 99% in the first half of 2020. The JobKeeper scheme, like many European countries, froze labor in place and is likely to cause long-term damage to a weak and weakening labor market as net migration of skilled workers slows to a trickle.

We may also dispel the notion that lockdowns are responsible for Australia’s “success” by looking to the measurable effects of these policies as seen through changes in cell phone mobility data. Countries that imposed lockdowns had clear and measurable effects upon the mobility of their populations, even as their effects at controlling the virus are much more doubtful. When lockdowns go into place, visits to retail locations drop and time spent at home increases.

These patterns come into direct view when we consider two countries under lockdowns with very different mortality outcomes. Australia and the United States entered their first lockdowns only a few days apart in March 2020, and maintained them at comparable levels for the first few months of the pandemic. While media commentators and certain epidemiologists have since blamed lockdown “noncompliance” in the United States for the failure of these policies to stave off the pandemic, the data paint a very different picture.

When you overlay mobility patterns for Australia and the United States during the first lockdown, they follow an almost identical track from March 16th to the end of July 2020 when the lockdown policies of the two countries began to show a slight divergence. They still continued to parallel each other until November when many states in the US settled into a new round of multi-week lockdowns whereas Australia used shorter regional “circuit breaker” lockdowns.

A similar pattern may be seen for time spent at home.

As these data show, the observable effects of the lockdowns on human mobility – reduced time spent in public spaces, increased time in residences – followed the same course in both nations for most of the pandemic. They nonetheless produced completely opposite results: few case outbreaks in Australia, and extensive general population spread in the United States. These findings are more than sufficient to call into question the attribution of Australia’s low case numbers to lockdowns.

In a world where people suddenly ceased traveling it was inevitable that end stations should do comparatively well in every way except economically. Crediting their “success” to government policies is a mistake. Instead, geography appears to be the dominant factor.

This article, The Inevitable Yo-Yo Ride of Pandemic Fortresses, was originally published by the American Institute for Economic Research and appears here with permission. Please support their efforts.