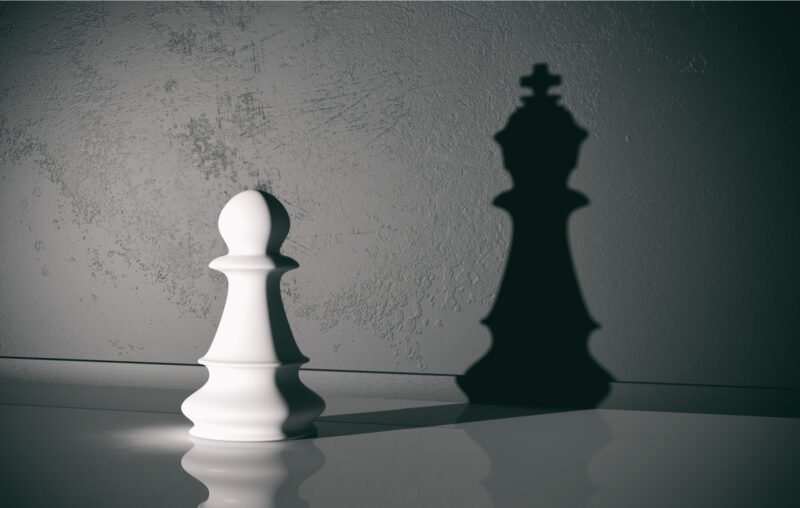 Poor Joe Biden. After seeking the Oval Office for over thirty years – including spending eight years as the dogsbody to an upstart junior politician who was only in his twenties during Biden’s first bid – he now sees his presidency derailed by events beyond his control. Russia, despite not threatening the US directly, has reshaped the focus of the Biden White House in a way that would be familiar to many former Presidents. It should be a lesson in presidential weakness for all Americans.

Throughout his career, it has never been clear what Biden wanted to accomplish with the presidency beyond just reaching the pinnacle of American politics. But the issue of climate change gave him something on which to hang his prospects for a legacy. He could be the President that at last made major strides toward the great energy transition that would wean the country off fossil fuels and begin the process of reversing rising global temperatures. Given the religiously apocalyptic character of the issue for many people, this could potentially win him a place among the list of greats in presidential history.

In a campaign speech, Biden announced that we would be getting rid of fossil fuels. In his first days in office he brought the US back into the Paris Agreement, revoked a Keystone XL pipeline permit, and suspended oil and gas leasing on public lands. Then he proposed a “Build Back Better” plan that would have invested very heavily in environmental initiatives, including investments in technology to reduce the US’s greenhouse gas emissions.

Unfortunately, his vision has run headlong into the geopolitical and economic realities of Russia’s invasion of Ukraine, and the high oil and natural gas prices resulting (in part) from that war. He hasn’t given up completely on his hopes of being a transformative President. After his initial pause of new oil and gas leases was enjoined by a federal court, he has now restarted the leasing process, but with an 80 percent reduction from what the Department of the Interior had originally recommended for leasing.

But his plan to wean America off fossil fuels suddenly whipsawed into criticism of oil companies for not drilling enough, and pleas to OPEC to increase production. He’s now stuck trying to balance the goal of a future transition with the reality of current high energy prices in a country where most people are willing to pay no more than $40 a month extra to prevent further climate change. This is surely part of the reason his approval rating seems permanently stuck below 50 percent, and Democrats are worrying about their prospects in the upcoming midterm elections.

There’s nothing particularly unusual in this. Despite allegedly being the most powerful person in the world, Presidents frequently find that events – particularly geopolitical events – control them, rather than vice versa. Derailed presidencies may be more the norm than the exception.

This isn’t a recent matter, either. Martin Van Buren, Ulysses Grant, and Herbert Hoover did not seek out the economic crises that occurred during their terms in office. Woodrow Wilson did not, at least initially, seek out World War I. But having entered it and then having banked his presidency on an international post-war response to it in the League of Nations, the Senate’s rejection of US membership in the League and its ultimate failure to prevent World War II produced the singular policy failure that still defines his legacy.

Jimmy Carter managed some important deregulatory goals and left a significant environmental legacy with the Alaska National Interest Lands Conservation Act. But in the end, his bid for reelection was thwarted and his legacy tainted by revolution in Iran, the resulting hostage crisis, and the partially related oil price shock and high inflation levels. The issue isn’t whether it’s fair to lay any of that at his feet, which it mostly isn’t. The issue is how unfair events can be to Presidents.

Even Lincoln, regularly proclaimed one of America’s greatest Presidents by presidency-besotted historians, achieved greatness only because his presidency was wholly turned aside from his more modest goals by secession and Civil War. Of course it was a war of choice for him – he could instead have chosen to let the Confederate states secede – but that also would have derailed his presidency, because to him there was no greater cause than preserving the union. His legacy instead could have been that of the President who let the US split up. He did not seek this choice, but had it forced on him. In addition, the choice ultimately cost him his life.

A few Presidents get lucky, or perhaps through skill create their own luck. FDR managed little before 1941 but to extend a fiscal crisis to record depths and length, but through charisma was able to ride to successive reelections. He then adaptively shifted to the role of wartime President during the greatest conflagration in world history. If he had simply left office after two terms in 1940, when the unemployment rate was still over 14 percent, he might not be misremembered by most people as having ended the Great Depression.

Ronald Reagan was another of the lucky ones. A sharp Fed-induced recession in his first year in office created a rough start, but by ending expectations of inflation it helped set the stage for a decade of strong economic growth. He also got lucky in having a working conservative majority in Congress. (Joe Biden, by contrast, faces a Senate where he does not have a functional majority due to the recalcitrance of West Virginia Senator Joe Manchin to embrace an anti-fossil field agenda.)

But where Reagan’s greatest legacy-luck came was with the collapse of the Soviet Union shortly after he left office. Although the collapse was primarily due to the internal contradictions of a communist state and the ravages of the conflict in Afghanistan, Reagan had made fighting the evil empire of the Soviets a pillar of his presidency, and then just happened to have been President at the right time to give his supporters a colorable claim to his responsibility.

If Biden is to get lucky, it will be in whether he can successfully claim credit for the mostly unified opposition to Russia’s invasion of Ukraine. But given Americans’ greater interest in domestic than foreign policy issues, what he really needs is gas prices to come back down to a more consumer-friendly level for summer travel, and more generally a quick end to inflation without a recession, all in time to help the Democrats’ prospects in the midterm elections. Otherwise his presidency will just be a long slog of two or six more years until its exhausted end – few Presidents accomplish much in their second term, and the Democrats are unlikely to retain control of Congress for the next six years.

If we had kept to the original conception of the Constitution, in which the House, the people’s chamber, was seen as the fulcrum of responsive and accountable government and the presidency as more administrator than leader, this reliance on luck would be less concerning. But from the beginning there were Presidents who sought to be the center of political power, and today, without formal constitutional change, but through democratic demand, we have cemented this central role for the President.

That makes luck all the more important, because we demand so much more of Presidents. The bad luck of a mere administrator is on a much smaller scale altogether. The bad luck of would-be-great leaders can be catastrophic. Or at the least, by raising expectations for the office, it can leave us perpetually dissatisfied. It’s no coincidence that approval ratings for contemporary presidents predictably decline over time, except for those cases like Trump and Biden where they perhaps never rise high enough in the first place to show a decline. Only time will tell if these latest two Presidents are statistical anomalies or the new normal.

We cannot expect this to change. Whether politicians who are capable of mastering the capricious world of international and even domestic events even exist is questionable. But certainly the nature of American presidential selection – a process of charismatic appeal to a mass of people ignorant about public policy – has shown itself incapable of bringing them forth.

But we can choose individually how to observe, understand, and react to that process. And recognizing that whomever is chosen, the dominating characteristic of their presidency is likely to be luck, allows us to be stoic about it all.

This article, The Lesson of Joe Biden’s Disappearing Presidency, was originally published by the American Institute for Economic Research and appears here with permission. Please support their efforts.