The Lottery Life: Creating Lucky Housing Winners at the Expense of Everyone Else 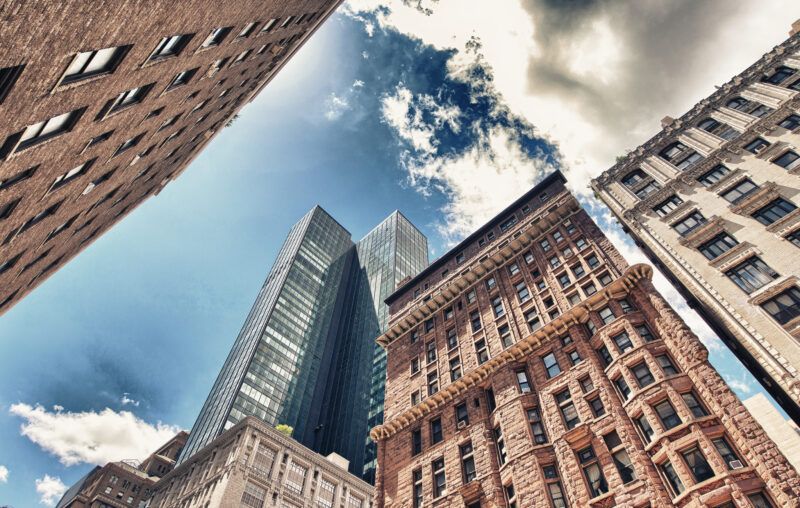 Welcome to New York City’s housing lottery. Place your name in the hat and you might get lucky. You might get a heavily subsidized apartment in a luxury building in a choice neighborhood in Manhattan, or one of the swanky new neighborhoods in Brooklyn, such as Williamsburg or DUMBO.

If you don’t win the lottery, you get the privilege of paying the highest apartment rents and condo prices in the country. Perhaps you may take comfort – or experience agony – in knowing that a good portion of your rent goes directly to subsidize the rent of your lottery-winning neighbors.

New York City is a pioneer in implementing what is ironically called “inclusionary” zoning. These policies require that new buildings in many parts of the city set aside percentages ranging from 20-50 percent of their units for subsidized “affordable” rents. The rest of the building’s tenants get to pay very high market rents, knowing that a large portion of their rent payments will subsidize their neighbors. “Affordable” is a term of art. It simply means a subsidized, government-dictated rent that is far below market rates.

Because of the onerous cost of paying for these subsidies, inclusionary zoning results in market rents that are so high that they financially exclude most people from being able to afford the apartments. In one iconic new building constructed in 2017 in Manhattan’s Murray Hill neighborhood, a 2 bedroom/2 bath market-rate apartment on the 31st floor rents for an astonishing $10,048/month.

An equivalent (actually larger – see below) 2 bedroom “affordable” unit rents for $1,082/month, nearly 90 percent less than the market rent. The developer had to set aside 20 percent of the building’s units to be rented at this low rate in order to secure permission from the city to develop the property. The subsidized units have to conform to government rules regarding minimum room size. Market-rate apartments not only cost more, but the rooms are smaller.

The lottery is not the only way that some tenants are forced to subsidize the rent of other tenants. A much older way – with much more obvious harmful effect – is New York City’s system of rent control, which has existed in various forms since World War II. The details of these programs vary. Initially the result of federal price controls instituted during the war, the system of rent regulation was administered later on at various times by the City and State of New York.

The oldest form was called “rent control,” and in 1969 it became “rent stabilization,” but by whatever name, it involves a government agency controlling rents and dictating how much they can rise. At biannual public hearings, tenants typically ask for rent rollbacks and in some years there have been 0 percent increases. At the most recent hearing, rents were allowed to rise 3 percent, but with inflation currently running at an annual rate of 9 percent, this amounts to a real (inflation-adjusted) reduction in rents of 6 percent.

When real rents fall long enough, landlords cannot afford to maintain their buildings, and eventually abandon them. This happened en masse during the highly inflationary 1970s and 1980s, turning vast regions of the city into derelict wastelands that closely resemble the bombed out cities of World War II or Mariupol in the ongoing Ukrainian War. During most of these years, more apartments were abandoned than built.

Even more recently, when generally more moderate policies such as the benignly named “rent stabilization” allowed rents to better track costs, the net result has been a severe paucity of new construction. The number of newly built apartments has not kept up with the number of newcomers coming to live in the city. The lack of sufficient new supply pressures the small number of market-rate units and, like squeezing a balloon, it pushes rents higher. This scarcity is exacerbated by the fact that tenants paying below-market subsidized or controlled rents stay in their apartments much longer than market rate tenants, further tying up supply.

The only way to avoid those ultra-high market rents is to become a “squatter.” Be an old tenant who moved in before the rent control shortage began to earnestly kick in beginning in the 1950s. Some of these very old rent controlled tenants can pay rents that are just a tiny fraction of equivalent market-rate units. If you are not that old and lucky, be lucky enough to have a relative who lived in one of those apartments. Under New York City law, rent-regulated apartments can be passed down to children, grandchildren, nephews, nieces and even the in-laws in perpetuity, like a feudal estate. Even though New York tenants sign leases of one or two years’ duration, the landlord is legally obligated to renew those leases at regulated rates… forever.

Still another way New York confers squatters’ rights is by prohibiting nearly all new construction in vast swaths of the city called Landmark Zones. More than 28 percent of Manhattan is already cordoned off from new development this way. When you walk through the city, look for the brown street signs that signify you are in an ossified zone where new development is all but illegal. Like a decaying brown ooze, these zones are regularly expanded as the city’s Landmarks Preservation Commission, typically at the urging of some benefitting property owners, continues its effort to turn New York City into the world’s largest open-air architecture museum. The price of admission to that museum is the highest housing prices in the country.

If you happened to buy a townhouse, co-op, or condo apartment in one of these zones, you can rest assured that there would be no large new building going up to block your views or disturb the quaint, historic nature of your neighborhood. As a result, your property will generally go up in price. And the newcomers to the city? Let them move to one of those dwindling un-landmarked zones in some other neighborhood.

Landmarking and its forefather, zoning, have the effect of severely reducing the supply of new housing by outlawing new development nearly completely or, in the case of zoning, severely restricting the height and bulk of new buildings.

All of these policies – the lotteries, rent control, and landmarking/zoning – create a form of squatters’ rights that privileges existing residents and penalizes newcomers to the city. All of these policies reduce the construction of new units, creating an ever-worsening scarcity of housing that drives market rents and condo prices higher. These policies price many thousands of people out of the neighborhoods that are most convenient for their work and lifestyle.

As a result, those who wish to live in cities with the most severe anti-growth housing policies, such as New York, face a dismal choice: Pay ultra high market rents for one of the few newly constructed modern apartments, live in a shabby, poorly maintained rent-regulated apartment, or face a grueling commute from a less desirable neighborhood in Queens or Staten Island or New Jersey. Or hope you get lucky with the housing lottery.

What begins in New York City typically spreads around the country. America’s first comprehensive zoning ordinance, which restricts the height and bulk of buildings, was enacted in New York City in 1916. Today, nearly every town and city across the country restricts the construction of new housing via restrictive zoning rules, although there is a growing realization that these restrictions must be loosened if we are to bring down the cost of housing.

The latest New York City fad, so-called inclusionary zoning where builders are forced to set aside subsidized affordable units, is becoming de rigueur in the larger towns and cities across the country. This has the net effect of driving market rents higher by making market units more expensive to build and thereby slowing their construction. A high price is paid to subsidize the lucky lottery winners of the subsidized units.

Landmarking, another dubious New York innovation, has also spread as cities seek to preserve politically-chosen historic neighborhoods at the expense of newcomers, who now have fewer places to live.

And rent control, despite its horrible track record in New York City and elsewhere, and its well-documented flouting of the economic principle of supply and demand, continues to spread, most recently to the entire state of California and to smaller cities such as St. Paul, Minnesota, and Hoboken, New Jersey. In a particularly poignant demonstration of the chilling effect rent control has on new construction, new building permits have collapsed by 82 percent in St. Paul while its twin city of Minneapolis, which has not yet imposed rent control, saw a 68 percent increase in permits for new construction. Economists can hardly ask for a better natural experiment demonstration of the harmful effect of rent control.

Free Markets Are the Answer

There is no actual affordability problem in housing, despite all the rhetoric. Rather, there is an artificial scarcity problem. Housing supply has been artificially constrained through these and other policies (such as costly, overly restrictive building codes). Phase out and remove these laws, and watch the market entrepreneurs build more homes and provide them at lower prices to those who can pay for them. Eliminate the unjust principle that Peter must subsidize Paul, or that Jane must subsidize Ann, or that anyone must subsidize homes for anyone else.

By restoring the principle that each person should pay for their own homes, we will restore the free market in housing. Remove landmarking, zoning, rent controls, and any other artificial obstacles to new construction. Then watch the great builders do the rest. We have seen this happen before. Although innovations in construction and a much higher standard of living means that today it would be of much higher quality, during the late 19th and early 20th century a building boom the world had never seen before readily housed hundreds of thousands of immigrants in Manhattan’s Lower East Side and in other neighborhoods around the City. All of it without subsidies.

In the mid-20th century, the Levitt brothers pioneered low-cost, mass-produced “Levittowns” in New York, New Jersey, and Pennsylvania that housed thousands of GIs returning from World War II. Across the country during the 20th century, there were many other examples of large-scale development. Inexpensive new housing can be built again if only the government will get out of the way.

End the “Lottery Life” in housing and watch market entrepreneurs do the rest.

This article, The Lottery Life: Creating Lucky Housing Winners at the Expense of Everyone Else, was originally published by the American Institute for Economic Research and appears here with permission. Please support their efforts.