The Many Errors of the Dred Scott Decision 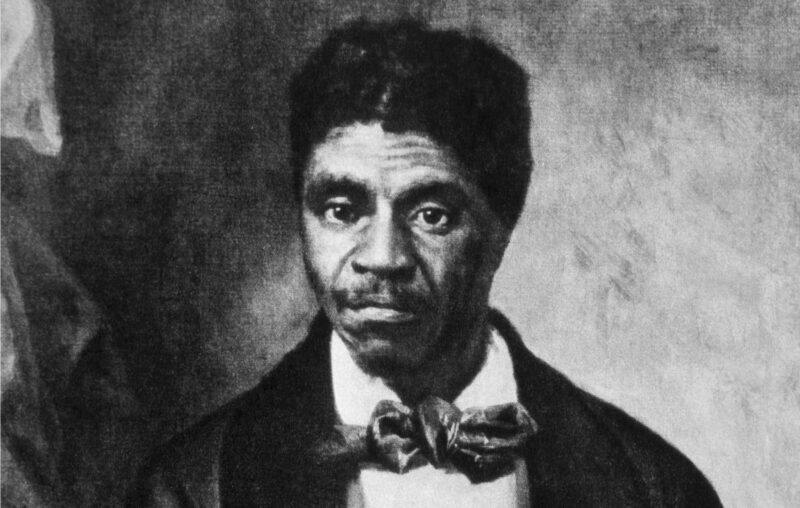 The right to petition a court for freedom from slavery was a long-established common law right brought into this country from England. There were more than a thousand freedom cases prior to Dred Scott, including some that made their way to the U.S. Supreme Court. One of the earliest was by Elizabeth Freeman (”Mumbet”), who petitioned a Massachusetts court for her freedom in 1781. Hundreds of these cases from Maryland, the D.C. Circuit and the U.S. Supreme Court are maintained in a database sponsored by the University of Nebraska-Lincoln. This database is named “Oh say can you see,” to honor Francis Scott Key, the author of our national anthem, who as a lawyer represented many of the petitioners.

About a hundred cases arising in Virginia are archived by the Library of Virginia, some dating back to the Colonial period. Another three hundred cases arising in the St. Louis circuit can be found in a database sponsored by the National Park Service. A friend of mine from Louisiana, of French and German ancestry, told me about one of the more famous freedom cases from that state.

The case involved a servant girl who accompanied a relative of his on a trip to France. It was determined, on her return, that having put one foot on free soil, she became a free person and could not be reenslaved. The right of persons held as slaves to petition the courts for freedom wasn’t questioned until the late antebellum period. Then, positions on slavery hardened.

The Dred Scott Decision reflected the turn of the slave power away from the principles of the Revolution. Simultaneously, the slave power held that their property in slavery was sacrosanct; while repayment of their debts to Yankee and British creditors was a matter of states’ rights. A perceptive visitor to our country noted the difference in the manners of the people of the North and of the South. In the North, Alexis de Tocqueville wrote in Democracy in America, people were industrious, practical, prone to bargaining, and tolerant. Whereas in the South, they viewed leisure and luxury as signs of the elite, and were arrogant.

Slaveowners claimed that they treated their slaves better than Northern capitalists treated their workers, whom they called “wage slaves.” While there are continuing arguments about the productivity of slavery, the fact is that the North, starting with about the same population and wealth as the South, grew to three times the population and eight times the wealth of the South by the time of the Civil War. The language of “wage slaves” was common to both slaveowners and Marxists during the 19th Century (and, for Marxists, continues today). This language reflects that both view capitalists as profiting from the exploitation of labor. Not that socialism or slavery don’t exploit labor. Under socialism, labor would be exploited so as to support the “forced savings” that would rapidly bring about super-abundant productivity and utopia. Under slavery – according to its practitioners – slaves were exploited, but less than free labor, so that slaves were better off than free labor. Except this was a lie, just as utopia under socialism is a lie.

The unfortunate status of African-American slaves as property was a corruption of the formerly accepted practice in war, to do whatever you might with the soldiers of a defeated enemy. You could execute them, hold them for ransom, enslave them, or free them. The slave trade involved the enslavement of persons captured during “wars” between tribes in Africa and then sold to Europeans. These wars were sometimes instigated for no reason other than capturing people to sell them into slavery. The horrors of the slave trade, in fomenting war in Africa, the voyage across the Atlantic, being worked to death in some places in the Americas, and being reduced – you and your children forever – to the status of property, eventually brought about an abolitionist movement to end slavery in the world.

It is not a coincidence that along with ending slavery during the 19th century, the nations of the world entered into a convention requiring the honorable treatment of soldiers of countries that adhered to the terms of that convention. No longer would prisoners of war and other persons detained during war be reduced to slavery. It is also not a coincidence that ending the profit from selling prisoners of war into slavery gave rise to efforts in the next century to end other reasons for initiating war and to try to outlaw war itself, although there remains work to be done to actually achieve that end.

Getting back to the Dred Scott Decision, as to whether states could make persons into citizens or decide issues involving slavery: Prior to the ratification of the U.S. Constitution, states were obviously sovereign in such matters. So, by reason of state actions, many black people were in fact citizens at the time of the Founding. We can name many of them who voted, petitioned courts, served in the militia, owned guns, owned land, all of these things being acts of citizenship. This is not to say that all Northern states recognized the citizenship of free persons of color or that there wasn’t backsliding in the North.

The U.S. Constitution made no distinction between free men of color and whites, but rather distinguished between these two and (1) persons held to bondage and (2) Indians not subject to tax. The early census enumerated free citizens, listing them by head of household marked white, black, mulatto or Indian not on a reservation (i.e., subject to tax). The children of mixed-race families were generally classified as “free mulattos” if their mothers were white, and as either free or slave if their mothers were a free or enslaved African-American, intermarriage having been rather common during the Colonial period and during the early republic.

Initially, the slave states had liberal policies regarding emancipation. It was rather common for slaveowners to free their slaves in their wills (as George Washington did), and to free the children of their concubine marriages (as Thomas Jefferson did). Other slaves were freed by their owners for long and honorable service. The state of Virginia, among other states, freed slaves for military service during the Revolution. A person born into slavery, who gained his freedom, was called a freedman; and, a person of color who was born a free man was called a free person of color.

With the U.S. Constitution, the states ceded to the new federal government certain powers, one of them being naturalization. But, there was no question as to whether states retained the power to free slaves, as many did; and, there was no question that the federal government could regulate slavery in the territories, which it did (and as the Continental Congress had done previously).

There was also no question that the federal government could extend citizenship to persons of African descent, which it did, for example, in the Louisiana Purchase, bringing in as citizens the people of that multi-racial French community.

As the country entered what we now call the antebellum period, positions on slavery hardened. In the North, abolitionists arose seeking the immediate end of slavery. In the South, slaveowners defended slavery not as a necessary evil but as a good thing. The possibility that the country would resolve its Founding contradiction such as through gradual emancipation or compensated emancipation became increasingly remote. Furthermore, the connection of race and slavery was made tight. The rights of free men of color were taken away, including the right to vote; and, the right to vote was extended to white men regardless of property ownership. Along with these changes, freedom of speech was restricted, effectively making it illegal to criticize slavery in some locales, and a whole new history of the country was fabricated.

The slave power overplayed its hand with the Fugitive Slave Act, with Bloody Kansas, and with the Dred Scott Decision. A new party rose up during the 1850s, to confront it, where the Whigs had not. In 1856, that party’s first candidate for President – John C. Fremont – ran on the platform of “free soil, free speech, free men.” He didn’t win; but the second Presidential nominee of that party – Abraham Lincoln – did. Lincoln saw slavery to be part of the perennial struggle of man against oppression. As he put it, it is the same thing, no matter whether it is one race subjugating another, or a king bestriding his own nation: One person works while another enjoys the fruits of his labor.

This article, The Many Errors of the Dred Scott Decision, was originally published by the American Institute for Economic Research and appears here with permission. Please support their efforts.