The Money Illusion: A Review 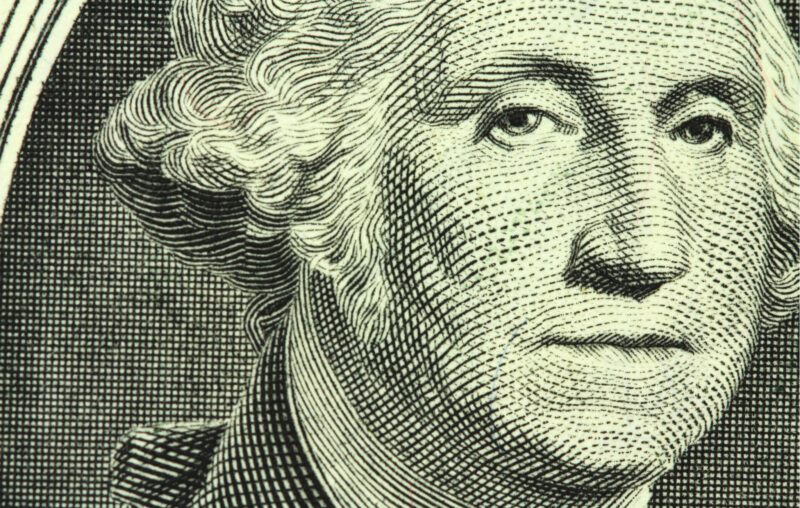 Everything you know about the Great Recession is wrong. That’s the hard sell in Scott Sumner’s new book Money Illusion: Market Monetarism, the Great Recession, and the Future of Monetary Policy. It wasn’t caused by greedy bankers or by deregulation, not by a housing bubble, and not even by the Federal Reserve’s easy money policy, which wasn’t easy.

To tell the story of how so many economists and lay people got the Great Recession wrong, Sumner must take you through a painstaking yet illuminating journey of our macroeconomic past, and the shrouded role that monetary mismatches played in past recessions. It includes a primer on what money is and how economists think about inflation. And, finally, it’s a manifesto for market monetarism.

Not unlike historians who begin any explanations of a modern event with “After the fall of the Roman Empire…,” Sumner takes his bearings in the Great Depression. To explain our monetary present and show how we got the Great Recession so wrong, we must start at monetary policy’s first major and most disastrous slip up. Even though both these macroeconomically tumultuous events occurred in very different settings, they overlap enough such that the mistakes that economists made in assessing what was wrong with monetary policy in 2007 and 2008 rang very similar to what Professor Sumner had discovered from his study of the 1930s. True to the monetarist part of his creed, he thinks it impossible to make sense of recessions and financial crises if seen as non-monetary events. It’s the money, stupid.

As an illustration of how comprehensive Sumner’s preamble and homework is, it takes him roughly two-thirds through the book before he properly explains what market monetarism is: “it combines the old-style monetarism of Milton Friedman with the theories of rational expectations and efficient markets of Robert Lucas and Eugene Fama.” Three theses form the core of the market monetarist argument:

To explain from whence these many intricate components stem, it’s not surprising that Sumner must describe the stage of the macroeconomic setting and the many competing beliefs that economists have launched, embraced, disproven, and then abandoned in the last century.

Every chapter sows the seed of more questions. It’s the kind of book where you learn something on every single page – often several astonishing things. The reader must constantly fight the distraction of tracking down a reference for this or that point, exploring deeper the argument Sumner has so expertly condensed. The book clocks in at less than 400 pages, but its subject matter and Sumner’s expert guidance warranted at least double that – several of his chapters deserve book-length treatments themselves.

Market monetarism teaches, contrary to monetarist or Keynesian creeds, that monetary policy doesn’t lag – it affects asset prices straight away, and asset prices are highly connected to real-world outcomes like industrial production and employment. Against those who worry about monetary policy’s potency once interest rates approach zero, Sumner scoffs and shows that monetary policy is about money, not interest rates. The two warnings that economists most associate with Sumner are for market observers “not to reason from a price change” and “not to gauge the stance of monetary policy by interest rates.” We can’t conclude, like so many did in 2008, that Fed policy was easy and stimulative just because target interest rates were “low” – we must know what else changed. If the natural rate (or equilibrium rate) which the Fed aims to match fell faster than the Fed cut rates, monetary policy actually became tighter during the Great Recession. The Fed did it – again – but not for the reasons many may think: tight money, as reflected in falling NGDP and falling asset prices; not easy money, building up inevitable bubbles.

Sumner sees his role as reviving three forgotten monetary ideas that, he argues, were mainstream orthodoxy until 2007: easing of monetary policy is not synonymous with lower nominal interest rates, other asset prices convey information about the stance of monetary policy, and monetary policy can be highly effective even when nominal rates are at zero. Sumner pulls these from former Fed Board of Governors member Frederic Mishkin’s long-standing textbook on monetary economics – and quotes extensively to show that Milton Friedman understood these points, in the 2000s as well as the 1980s. Unfathomably, most of the economics profession seems to have forgotten these basic monetary ideas in the last decade or two.

He could have spent an entire chapter on each of the European countries that featured into his argument at one time or another (Germany, Iceland, Ireland, Denmark, Switzerland), but instead the reader settles for a rushed and underanalyzed paragraph-length treatment of each. It works, because Sumner intends for them to illustrate the range of monetary policy options available between 2008 and 2013, and how, despite the many flaws that Money Illusion documents, the U.S. central bank wasn’t the worst of the bunch. Ben Bernanke, being a scholar of the Great Depression, did better than many of his central banking peers.

The preliminary culprit to the riddle of why the Fed didn’t do more in 2008 is politics: it would look bad if the Fed’s balance sheet was too large; it would be bad optics if the Fed had negative equity, or requested recapitalization from Congress. Covid times have shown that it was clearly technically possible for the Fed to do much more than it did in the Great Recession: “The Fed possessed all the tools that were needed for a far more expansionary monetary policy during 2008-2013, yet it failed to fully utilize those tools.”

There are a few annoying errors in the text – two graph descriptions set an index equal to a year instead of a value, a demand curve shift is displayed as a supply curve shift, at one point quantitative easing becomes “qualitative” easing – but the most odd one is Sumner’s many versions of the zero-lower bound (“zero rate bound,” “zero-interest-rate bound,” “zero bound,” “zero-bound issue” and “zero-bound problem” all make appearances). Or take the somewhat inconsistent superlatives across different chapters:

The impression is that the chapters were written separately, and they do not always form a unified whole.

Towards the end of the book, Sumner flips the formula and reports that “the biggest flaw in modern macroeconomics is that the efficient market hypothesis is not deeply embedded into all our models.” All of those are reasonable things to discuss: good cases can be made for each to be the “most important” or “central problem” of macroeconomics and monetary econ. But all of them? At once?

It took the economics profession decades to see past the shiny stock market crash and bank failures during the Great Depression: Milton Friedman and Anna Schwartz’s argument about collapsing money supply and falling NGDP arrived at the scene in the 1960s – thirty years after the Great Depression. Similarly, Sumner sees his heterodox reading of the Great Recession only slowly gain understanding among economists; it is hard to look beyond the framing effects of the captivating turmoil you are currently living through.

By his words alone, Sumner isn’t making many friends. He claims that asset markets are reasonably efficient; stock market crashes don’t cause recessions; the housing bubble in the 2000s wasn’t a housing bubble. He is a supply-and-demand sider, not an exclusively left-leaning Keynesian with a focus on (government) spending, nor a right-leaning supply-sider focusing on government’s crowding out or disincentives to work. He marshals sticky wages (a New Keynesian concept) and efficient market hypothesis (Chicago School) and pragmatically builds his theory with both components. Echoing the political divides of the American public, Sumner observes that “Conservative economists often overlook the need to maintain adequate NGDP growth, while liberal economists often overlook the need for supply-side reforms” – both matter.

Given the explosive arguments and spicy rejection of mostly every other economist, the tone of Money Illusion is surprisingly calm and well-mannered.

“Nothing is as it seems in the world of money,” Sumner concludes, and worse so as of late. In his grand attempt at rectifying the many blunders in understanding the Great Recession, there’s something for everyone to learn.

This article, The Money Illusion: A Review, was originally published by the American Institute for Economic Research and appears here with permission. Please support their efforts.