The Most Optimistic Woman On Wall Street Now Says That The U.S. Economy Has Entered A Recession 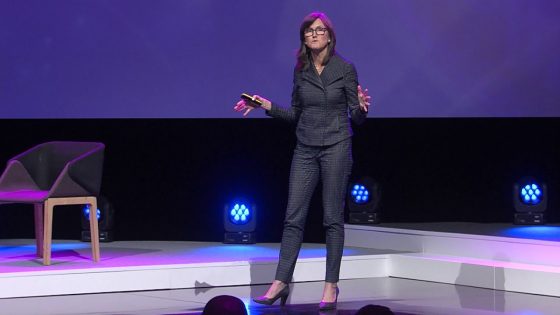 Even the most wild optimists are starting to sound like “doom and gloomers”.  In fact, even the most optimistic woman on Wall Street is now telling us that the U.S. economy is in a recession right now.  At one time, Cathie Wood seemed like she could do no wrong.  Many of her wildly optimistic stock predictions kept coming true, and she gained hordes of Internet followers that hung on her every word.  In 2020, her ARK Innovation fund outperformed the S&P 500 by a very wide margin, and pundits such as Jim Cramer were calling her a “genius”…

In 2020, Wood’s predictions appeared to be on their way to coming true. She was riding high atop the Fed-driven bull market: Her ARK Innovation fund, often known by its ticker as ARKK, returned some 157 percent during that first year of the pandemic, compared to just 18 percent for the S&P 500 as a whole. It was a legendary performance that drew accolades from various market watchers, including CNBC’s Jim Cramer, who in February of last year tweeted, “Cathie Wood is a genius.”

But these days Cathie Wood sounds like she could be writing for The Economic Collapse Blog.  The value of her ARK Innovation fund is down 67 percent over the past year, and she just did an interview with CNBC in which she stated that she believes that the U.S. economy has already plunged into a recession…

Ark Invest CEO Cathie Wood said Tuesday that the U.S. is already in an economic downturn, and she admitted that she underestimated the severity and lasting power of inflation.

“We think we are in a recession,” Wood said on CNBC’s “Squawk Box” Tuesday. “We think a big problem out there is inventories… the increase of which I’ve never seen this large in my career. I’ve been around for 45 years.”

Of course she is far from alone.

Economist Stephen Moore warned on Monday that the United States is already in a “soft recession,” noting that the “real question” is now whether the Federal Reserve can achieve a soft landing.

Moore, a visiting fellow at the Heritage Foundation, provided the insight on “Varney & Co.” Monday, reacting to former Treasury Secretary Larry Summers contradicting President Biden on Sunday by saying that a recession was “almost inevitable” in the next two years.

Peter Schiff is even more pessimistic.

In fact, he is using the word “crash” to describe what is ahead for our economy…

Stockbroker Peter Schiff, the chief economist and global strategist of Euro Pacific Capital, went a step further a couple of weeks ago by tweeting that most citizens have given up on the thought of a soft landing for the economy after the Fed’s interest rate hikes and now expect a harder fall.

“The only landing possible is a crash, where everyone on board dies,” Schiff tweeted. “That’s why the Fed won’t even attempt to land and give up its pretend inflation fight.”

Sadly, all three of them are correct.

At the moment, what we are currently experiencing could definitely be described as a “soft recession”, and it will inevitably get a whole lot worse.

And U.S. consumers certainly are not hopeful about the future at this point.  On Friday, we learned that U.S. consumer confidence has now dropped to the lowest level ever recorded…

A closely followed University of Michigan survey released Friday found that US consumer sentiment hit a new record low in June -— the lowest recorded level since the university started collecting the data 70 years ago.

The June index saw a 14.4% drop since May as consumers became increasingly alarmed about inflation. About 79% of those consumers said they expected bad times for business conditions in the upcoming year, the highest level for that metric since 2009.

Just think about that for a moment.

In 70 years, U.S. consumers have never been more pessimistic than they are right now.

One recent survey found that 58 percent of all Americans are living paycheck to paycheck.  So when harder times come and many start losing their jobs, a lot of them are going to be in financial trouble very rapidly.

The pace at which things are now changing really is breathtaking.

Exactly one year ago, it seemed like the U.S. economy was riding high and stock prices would keep going up forever.

Stocks are about to turn in the worst first half in fifty years when the second quarter wraps on Thursday as inflation sits at a 40-year high.

The S&P 500, the broadest measure of stocks, is down nearly 18% this year the worst since 1970, as tracked by Dow Jones Market Data Group. That makes 2022 the fifth-worst half performance on record.

Trillions upon trillions of dollars of paper wealth has already been wiped out, and we continue to get more bad economic news with each passing day.

And now that the Federal Reserve has decided to foolishly raise rates just as an economic downturn is picking up speed, there is no hope that things will turn around any time soon.

The reckless optimists on Wall Street didn’t see this coming in advance.  If Cathie Wood had understood which direction things were about to go, her fund would not be down 67 percent over the past year.

But of course there are countless others on Wall Street that have been hit extremely hard as well.

The end of a party can often come very abruptly.  In this case, many investors that didn’t get out in time are now feeling an extraordinary amount of pain.

Unfortunately, a lot more pain is coming for Wall Street and for the economy as a whole.