The Oikophobic Will to Power 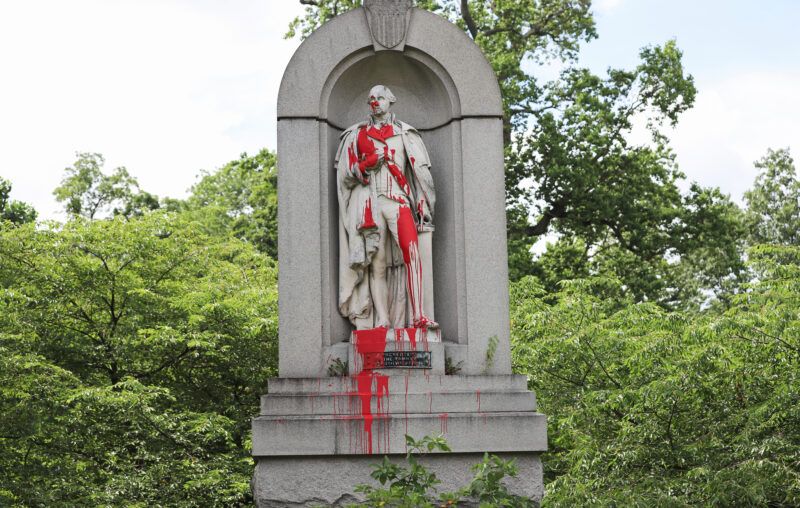 In an article for the American Mind, Daniel Mahoney draws our attention to a recent book on the phenomenon of oikophobia, the dislike or even hatred of one’s own country or culture, which now seems so prevalent in western academic and intellectual circles as to be almost an orthodoxy or requirement for acceptance into the intellectual class. Of course, no social trend or phenomenon is entirely new or has an indisputable starting point: for example, George Orwell drew attention to English self-hatred many years ago. But the spread of oikophobia has been of epidemic proportion in late years.

It seems to me that Mr. Mahoney’s analysis can be extended. The first question to ask is why oikophobia should now be so prevalent. To this, I should tentatively reply that it is because of the mass intellectualization of society consequent upon the spread of tertiary education. Intellectuals have an inherent tendency to be oppositional to all received opinion or feeling, for there is no point in going to the trouble of being an intellectual if one ends up thinking and feeling what the great mass of the people around one think and feel. Love of country and inherited custom is so commonplace as to appear almost normal or natural, and much of it, of course, is unreflecting.

The phobia in oikophobia is the fear of being taken for one of the common run of mankind.

The second question about oikophobia is the old one of cui bono? Again, one must not confuse the psychological or social origin or function of an opinion with its justification or correctness in the abstract, but once one has decided that an opinion is mistaken or deleterious in its effect, it is natural to ask where it comes from and what interests it serves.

In my opinion, oikophobia is generally bogus, that is to say insincere, as is its cognate, multiculturalism. The oikophobe and the multiculturalist are not really interested in other cultures, except as instruments with which to beat their fellow citizens. The reason for their lack of real interest in other countries is not difficult to find and is of very common application. The fact is that it is very difficult genuinely to enter into a culture, or subculture, other than one’s own, even when that culture or subculture is close to or adjacent to one’s own.

To give a small example: there is a pub not far from my house in England in which people (mainly men) between their twenties and forties gather and socialize—or, as I am tempted to put it—anti-socialize. They are rowdy and drunken; their loud enjoyment seems always on the point of escalating into violence; their laughter strikes me as hysterical, as if they were trying to prove to one another how deeply amused they are and what a good time they are having; they have to shout over what to me is the music of nightmare; a large liquid-crystal screen relays football matches above their heads which they do not watch, or only glance at very intermittently.

Why anybody should wish to associate in such a way, night after night, is as mysterious to me, and much less aesthetically pleasing, than the ceremonies of a Buddhist monastery. I cannot claim to understand, nor have I really made much effort to do so. And yet, these are my fellow countrymen with whom I share much and whom, in other circumstances, I should easily understand.

The effort required to enter, let alone understand, a culture in another language, is not of the same order of magnitude as trying its cuisine. Even nations and their cultures as close as England and France have difficulty in understanding one another; moreover, their cultures are of such a depth that it is possible to devote whole lifetimes to understanding a mere aspect of them.

In my experience, multiculturalists are not especially noted for their efforts to enter into or understand cultures other than their own. Putting wind-chimes in one’s garden is not the same as studying the Pali scriptures; buying an Iznik tile for decoration of one’s home is not the same as the study of the four schools of Islamic jurisprudence in the original. No doubt there are some gifted individuals who are able to understand two or more very different cultures; and contrary to western oikophobes, western societies have long had remarkable scholars interested in alien cultures, to an extent probably unprecedented in human history: but they have always been a small minority. They are rarely multiculturalist or oikophobic in the ideological sense.

Interest in, admiration for, or love of alien cultures, or even a single alien culture, is rarely if ever the reason for oikophobia. The latter is not the belief that, as the opening sentence of Laurence Sterne’s Sentimental Journey puts it, “they order these things better” there, and therefore we must emulate or copy. The oikophobe does not want sharia or Aztec human sacrifice, or any other foreign custom, in his own country. What he wants is power within it, and oikophobia is an instrument to achieve it by delegitimizing those he thinks already have it. He wants to replace one ruling class, as he sees it, with another – his own.

The oikophobe, who at heart wants only a change of rulers, also believes that his own society is strong enough to withstand any amount of undermining. He does not really believe that, one day, his society—the one that, luckily for him, grants him all his freedoms—might collapse like a wooden house under attack by termites, leaving a ruin from which something terrible might emerge. If this were ever to happen, he would account himself entirely innocent of the outcome.

This article, The Oikophobic Will to Power, was originally published by the American Institute for Economic Research and appears here with permission. Please support their efforts.