The Panic Reveals So Much: Elon Musk, Twitter, and the Digital Public Sphere 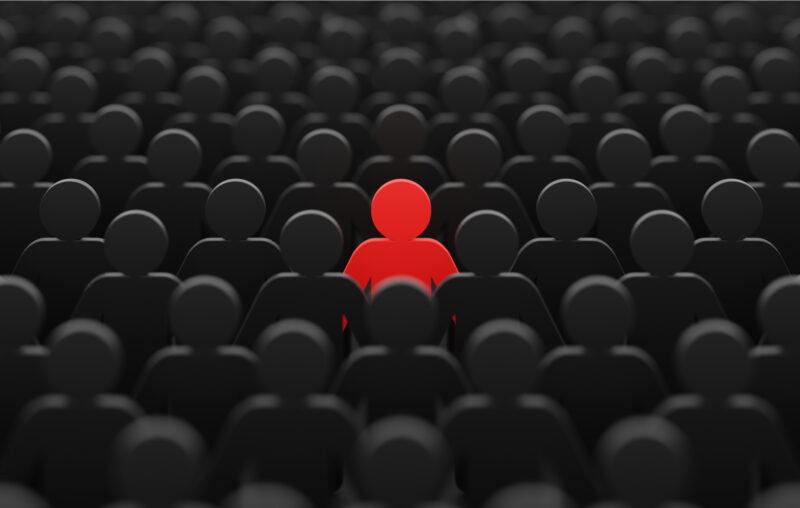 On March 26, Tesla CEO Elon Musk tweeted “Given that Twitter serves as the de facto public town square, failing to adhere to free speech principles fundamentally undermines democracy.” Shortly after, he used Twitter’s polling function to ask users if they believed Twitter “rigorously adheres” to the principles of free speech. Two million followers responded, with 70 percent answering “No.” A reply to his own tweet enjoined, “The consequences of this poll will be important. Please vote carefully.”

Less than two weeks later, Musk revealed a 9.2 percent stake in Twitter, becoming the platform’s largest individual stakeholder and goosing the stock price 25 percent (after a six-month slide). Initially, Musk seemed poised to take a seat on Twitter’s board of directors on April 9. A seat on the board (which already consists of millionaires and billionaires) would have capped Musk’s ownership at 14.9 percent.

Since that announcement, however, Musk has withdrawn from the board option, and pivoted toward hostile takeover. By not accepting the board seat, Musk is free to acquire unlimited shares, and is absolved of any fiduciary duty to act in Twitter’s subjective “best interest,” which may actually free him up to act in the public’s, instead.

Reactions to his acquisition, and subsequent offer, were predictably divided along partisan lines.

Heavily left commenters portrayed the purchase as a supervillain-esque attempt to manipulate national discourse, by policing content less. Former cabinet secretary Robert Reich predictably but astoundingly inverted reality when he called Musk’s vision for “an ‘uncontrolled’ internet,” “the dream of every dictator, strongman and demagogue.”

The Washington Post, itself wholly owned by Amazon billionaire Jeff Bezos, published a confusing collection of tirades lamenting Musk’s stake as a blow to “equity and accountability” at Twitter. Journalists and academics are among Twitter’s most devoted users, and a commitment to free speech would endanger their cultishly curated Twittersphere with actual liberalism.

Others, who appreciate Musk’s often-libertarian counter narrative, hoped the influence of a “free speech absolutist” would return some ideological balance to Twitter. Free speech stalwart Glenn Greenwald tracked “panicked” mainstream media reactions, quipping, “They’re only petrified that the *wrong* billionaire,” might control the platform, “one who may not censor for them.”

In the latest development, Musk has offered to buy Twitter outright and take the company private. According to his offer letter, Musk believes in Twitter’s “potential to be the platform for free speech around the globe,” but that it “will not serve this societal imperative in its current form.”

Is Musk right? Has Twitter’s “current form” has become incompatible with free speech? Musk has been publicly critical of current CEO Parag Agrawal, even comparing him to Joseph Stalin after dredging up a 2018 interview in which Agrawal, then Twitter’s head of tech, said the company should, “focus less on thinking about free speech,” noting, “where our role is particularly emphasized is who can be heard…how we direct people’s attention” [emphasis added]. It isn’t hard to see why libertarian-leaning Musk would be incensed.

Twitter’s previous CEO, Jack Dorsey, prioritized removing “misleading content” and “disinformation,” particularly around the 2020 presidential election, and COVID-19 mitigation efforts, and was seen by many as policing of political speech and a distinct move by the platform to limit the reach of unpopular viewpoints.

In October of 2020, Twitter and Facebook both banned mention of Hunter Biden’s lost laptop, a story broken by the New York Post, concerning the son of then-Vice President Biden and his dealings with Ukrainian businessmen who sought to use his influence to benefit their bottom lines. Echoing the Biden campaign, social media platforms declared the Post’s story “Russian disinformation,” suspending accounts that tried to share it. The election’s October surprise was thus concealed from many Americans’ public view, even as it was diligently ignored by mainstream media. The laptop and the emails discovered have since been confirmed to be genuine, with even the New York Times forced to agree.

Twitter’s original value proposition – an app that flattened hierarchies by allowing anyone to reach and tag the world’s powerful, and circumventing the editorial filter of mainstream media outlets – is clearly under siege.

Musk’s critics claim they fear he would limit Twitter discourse on national policy, but Twitter is already “in regular contact with the White House” to discuss what users should see. President Joe Biden’s administration said it “partnered” with Facebook and Twitter to publicize vaccine availability, and also to censor what the administration called “anti-vax” “misinformation,” with Biden calling the latter, “a wartime effort.” Much of that censored data was later vindicated. A White House source told Reuters the government’s role was to ensure an unacceptable idea “does not start trending on such platforms and become a broader movement.”

Previous shifts at Twitter to combat “misinformation” established ideological conformity around key issues. Dubious distinctions about what is “offensive,” or “dangerous” were invoked to boot journalists and a sitting American President off the platform, though Russian President Vladamir Putin and Iran’s Supreme Leader Ayatollah Ali Khamenei retain their accounts. The Kingdom of Saudi Arabia, top jailer of dissident journalists, owns 5 percent of Twitter, and has come out against Musk’s acquisition.

Twitter users, who are younger and more likely to vote Democrat than Americans in general, generally embraced evolving “content standards” that agreed with and promoted their values. Increasingly tight control over who can occupy Twitterspace seems to have been popular with customers – at least with those who stuck around. But it eroded the potential of the platform to empower expression.

Social media was heralded as an innovation that would liberate individuals from centralized control by the state and oligarchical power over their speech. It has become the exact opposite: the most powerful tool of information control and speech constraints ever devised.

From Musk’s point of view, Twitter’s intrusion into election information control may indeed make freer speech on Twitter “essential to a functioning democracy.” His decision to propose a buyout, rather than be constrained by participation in Twitter’s board, shows he doesn’t believe it can be reformed from within.

Protections and Threats from Regulators

Social media platforms can’t violate the First Amendment. The Bill of Rights’ protections only constrain government, and shareholder-owned Twitter has a legal right (and free association protections) to disallow some viewpoints, or exclude some users from its platform for violating the company’s terms of service. Musk’s call for a higher standard of discourse doesn’t rely on law, but on the principle of free speech. The good or bad intentions of censors are irrelevant: the unimpeded exchange of dissenting opinions is required for a vigorous marketplace of ideas.

Free market advocates and censors alike have enjoined users unhappy with content moderation to simply “start their own” platform. But that has proven difficult. Following events in the US Capitol on January 6, 2021, more than 70,000 “right-wing” accounts were deactivated, and many sought a Twitter alternative in Parler. That platform was effectively shut down when it was removed from Apple and Google app stores, and ousted by Amazon web hosting services.

Then-CEO of Twitter Jack Dorsey said the deplatforming of Parler and its users was not “coordinated,” but that, “companies came to their own conclusions or were emboldened by the actions of others.” If coordination between private actors to deplatform certain issues or voices could be proven, then a legal case against them would be conceivable. And Parler’s fate – the ability of big actors to cut off an upstart alternative at the knees – should give us pause.

Censorship, whether conducted by private actors or public officials, always begins as an attack on society’s most unsympathetic people. Particularly noxious ideologues, notably neo-Nazis, become a litmus test, and few feel moved to defend them (although the American Civil Liberties Union famously did, back when that organization prioritized principles over political partisanship). Once the protocol for silencing unpopular speech is established, however, the boundaries of what’s bannable rapidly expand, and the range of “allowable opinion” shrinks.

Counterintuitively, framing Twitter as a “de facto public square,” and a crucial component of democracy, Musk might actually invigorate claims by partisans who wish to see changes to Section 230, or antitrust regulation, or public utility provisions used to regulate behavior by online platforms.

During the Trump administration, dozens of bills were introduced in Congress to repeal or modify Section 230, a once-obscure provision of the 1996 Communications and Decency Act. The bill’s original author described it as giving “up-and-coming tech companies a sword and a shield, and to foster free speech and innovation online.” Coinciding with the dawning of user-generated content, like newspaper comment sections and review websites, Section 230 says individual users on the web bear responsibility for what they post, not the websites that host them (the shield) but also that sites can take down speech that conflicts with their platform’s interests, or user preferences (the sword). Whether a platform takes something down, or fails to take something down, they can’t be sued by the executive branch. The push-pull over 230 shows many stakeholders’ priorities. This provision has the impact of protecting private actors from government interference, but has also given us constantly roiling debates about “fake news” and misinformation, by critics who say platforms should more tightly control what is posted, and cries of censorship and bias.

Given both the political polarization and the massive consolidation of major media interests over the past decades, we should also be mindful that more regulation leads to fewer start-ups, less competition, a squeezing out of nonprofit outlets, and overall, a less robust realm of ideas.

Musk’s Twitter activity has attracted executive agency attention before. Tweeting funding and policy decisions at his companies (Tesla and SpaceX) to his 81 million followers before formal paperwork had been filed ran afoul of the Securities and Exchange Commission. The action reportedly netted Musk more in returns than he paid in fines. Some have speculated that his strategy of acquisition, board seat bait-and-switch, and buyout offer is intended to drive up the stock value with publicity, so he can sell his stake at a tidy profit. The offer to buy Twitter outright, at the price his announcements had so recently inflated, warrants scrutiny.

Whatever Musk’s agenda and Twitter’s past behavior, the risks associated with boards and billionaire shareholders controlling or curtailing political speech are a tiny fraction of the destructive potential of inviting the federal government into the “content moderation” equation.

The Instructive Outrage of Censors

Fewer than 1 in 5 Americans use Twitter, but the makeup of those who do amplifies the platform’s power to spread – and silence – voices and viewpoints.

Twitter years ago dove wholesale into censorship of unpopular political thought, using euphemisms like “content moderation” and “protections” to circumscribe allowable opinions and conversations. The platform declared itself the arbiter of truth in matters about which no human being could be certain. In doing so, Twitter has endeared itself to a group of powerful interests and influencers, who maintain a tightly controlled public narrative by constantly comparing it to a left-leaning, ideological script.

Elon Musk is not an epitome of civic virtue, and his intentions are, as ever, inscrutable. Whether his hostile takeover of Twitter is realized, or turns out to have been a stunt, remember the outrage aimed at Musk this week. His call for free expression, and his willingness to put up cash to restore it, revealed a network of interests who depend on censorship to maintain power. The proposed buyout of Twitter – targeting the curated reality of the powerful – pushed the aggressively anti-free-expression agenda out into the light. Censorship serves the powerful, and, as Greenwald notes, “the panic reveals so much.”

This article, The Panic Reveals So Much: Elon Musk, Twitter, and the Digital Public Sphere, was originally published by the American Institute for Economic Research and appears here with permission. Please support their efforts.