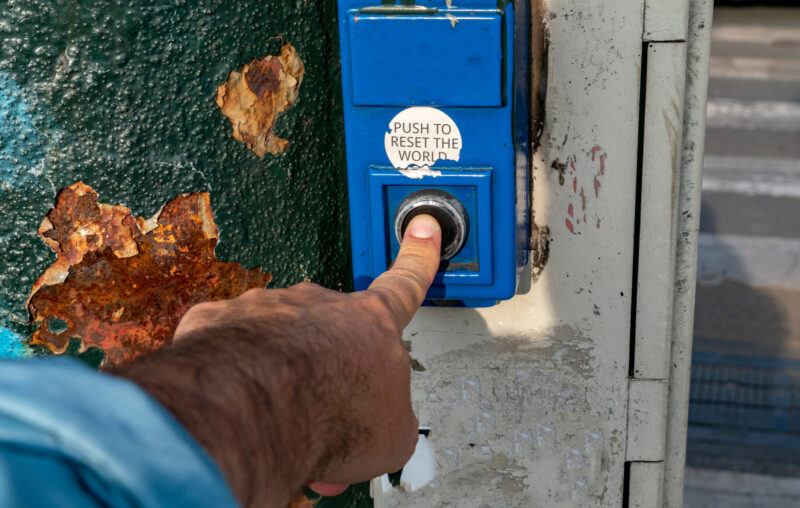 It has not been a good year for the Federal Reserve. The Fed has had a terrible record when it comes to forecasting inflation and GDP growth. Now it is trying to tame run-away inflation. As bad as its recent record has been, the Fed’s ability to deliver price stability and maximum employment will become more compromised if the progressive left succeeds in its push to alter the Fed’s legal mandates.

Given the Fed’s recent performance, a case could be made for revisiting the Fed’s congressionally-mandated responsibilities, or proposing changes in the way the FOMC conducts monetary policy. But instead of probing the causes and possible remedies for the Fed’s recent disappointing performance, the administration and House Democrats are crafting executive orders, passing bills, and proposing new legislation that will remake the Fed by expanding its mandates to include “Great Reset,” climate-change, and “stakeholder capitalism” agendas.

With the Fed unable to deliver on its primary goals successfully, why would responsible public officials force it to take on new politically-charged missions like controlling greenhouse gas emissions, promoting equal employment, income, wealth, and affordable credit outcomes across racial and ethnic groups, and issuing a new central bank digital currency? This question is especially important, because these new mandates would almost certainly fuel inflation and permanently depress economic growth.

Under these newly proposed mandates, the Fed would be forced to actively allocate bank credit in an attempt to prevent global warming, engineer equal outcomes for politically-favored racial and ethnic groups, and issue a new tokenized dollar that will drain deposits from the private banking system, raising the cost of, and limiting access to bank credit.

The Federal Reserve Act of 1913 required the Fed to provide “an elastic currency”, not decide which industries get bank loans and which do not. Under these new mandates, the Fed would require banks to make politically-favored loans similar to the way banks dispense credit in China. History shows that when governments direct bank credit, economic growth suffers because credit is diverted to politically-connected inefficient companies instead of funding productive firms that drive economic growth.

Moving from a system where credit is allocated by private market decisions to a system where credit is dispensed by government decree will reduce opportunities and erode the standard of living of all racial and ethnic groups. Given the systemic ramifications should such changes become law, it is important to review the efforts that are underway to fundamentally alter the legal mandates that govern the Federal Reserve’s actions.

In October, 2021, complying with an administration executive order, the Financial Stability Oversight Council (FSOC) issued a report claiming that climate-change poses a systemic risk to the financial system. To counteract this risk, the FSOC proposed that its members, including the Federal Reserve System, “incorporate climate-related financial risk into their regulatory and supervisory activities…”  The FSOC’s primary regulatory tool for accomplishing this is, “scenario analysis conducted by regulators to measure risk across a broad set of institutions…”

Scenario analysis (a.k.a. stress testing), is a regulatory tool created the Dodd-Frank Act. Stress tests are exercises in which banks estimate their potential losses in a Fed-specified hypothetical calamitous economic scenario. The Fed makes its own estimates as a check on each bank’s calculations. It is impossible to know whether stress test loss estimates are accurate, because the hypothetical events, thankfully, never happen. Still, the banks must hold capital sufficient to cover these scenario-generated hypothetical losses, however large and improbable.

There is no doubt that Fed stress tests have a real impact on the allocation of bank credit. Consider Jamie Dimon’s recent discussion of Fed Stress tests in the latest earnings call for JPMorgan Chase. He called the Fed’s stress test “ridiculous,” and went on to say that JPM and other banks will be forced to reduce their residential mortgage holdings because of the Fed’s poorly conceived bank stress tests. “We don’t agree with the stress test,” Dimon said. “It’s inconsistent. It’s not transparent. It’s too volatile. It’s basically capricious [and] arbitrary.”

Jamie Dimon’s criticism of regulatory stress tests mirrors court findings. Metlife fought the FSOC’s 2014 decision to designate it as “systemically important” and won arguing that the hypothetical scenario analysis the FSOC used to justify the designation had no basis in history or fact, was arbitrary and capricious, and a violation of the Administrative Procedures Act. Climate-change scenario analysis will be based on scenarios that are purely imaginary, with no basis in history, and should be ruled illegal if courts follow the Metlife precedent.

The Fed has been directing credit flows for more than a decade using both regulatory stress tests and quantitative easing operations (QE). In the case of QE, Fed mortgage-backed securities (MBS) purchases were designed to lower the costs of residential mortgages to support the housing market. In 2021, thirty-year fixed rate mortgage rates plunged to the lowest level seen in modern times. Fed MBS purchases helped to catalyze the rapid home-price appreciation that has made housing unaffordable for many. And now, just a few short months after the Fed stopped its MBS purchases, the Fed is intentionally cooling the housing market by raising rates and using regulatory stress tests to limit the supply of bank mortgages.

If progressives have their way, the Fed’s power to whipsaw the housing market will be extended to other industries. The Dodd-Frank Act gives the Fed complete discretion in the design and conduct of stress tests. With such wide regulatory discretion, the characteristics of climate-change regulatory stress tests will change as administrations change, creating regulatory uncertainty that will complicate long-term investment planning, and permanently stunt economic growth.

It’s hard to imagine that the “Great Reset” agenda will work out well for main street. Great Reset policies have already contributed to inflation by creating regulatory uncertainty that has made it more expensive for US fossil fuel companies to borrow, invest, and increase production. These policies have sparked massive protests and social unrest in countries that have implemented them, including the recent fall of the government in Sri Lanka.

Should the Senate sign on, the Fed’s role in allocating capital will extend beyond climate-change. On June 21, the House passed H.R. 2543, the “Financial Services Racial Equity, Inclusion, and Economic Justice Act,” a law that requires that the Federal Reserve, “must carry out its duties in a manner that supports the elimination of racial and ethnic disparities in employment, income, wealth, and access to affordable credit.” The law applies to the Fed’s conduct of monetary policy, supervision and regulation of banks, thrifts, financial institution holding companies, systemically important financial institutions, and financial market utilities designated by the FSOC. The Fed must report to Congress periodically on the steps it has taken, and on its pending plans to achieve these new mandates.

Should this act pass the Senate and be signed into law, the Fed would no longer be required to follow policies that promote equal opportunity for all, but instead implement policies designed to engineer equal outcomes for all racial and ethnic groups.

In addition to H.R. 2543, House Democrats are promising new legislation that will require the Fed to issue a central bank digital currency. A recently released “white paper” outlines the characteristics of the proposed retail digital currency. While legislation has yet to be introduced, the push for Federal Reserve district banks to issue a new retail Fed digital currency is not a new idea for the progressive left. Federal Reserve retail digital dollar accounts have been promoted as an innovation that could facilitate “financial inclusion” and as a tool that would enable monetary policy to deliberately alter income distribution. Some argue that retail Fed digital currency accounts should be used to redistribute income by replacing Fed QE purchases with “helicopter money” drops to selected income groups.

The 2020 “Banking for All Act,” sponsored by Senator Sherrod Brown (D-OH), required Federal Reserve district banks and Fed member banks to offer to the public “digital wallets” called “FedAccounts” to hold Fed digital dollars. These accounts would be free of charge, pay interest, and provide all of the services typically associated with a full-service commercial bank checking account — a debit card, ATM access and electronic bill paying services — with no minimum or maximum balance requirements. The bill would have required large banks to absorb the cost of offering FedAccounts while banks smaller than $10 billion in assets would have their operating costs reimbursed by the Fed. Such a mandate would cause massive disintermediation as bank depositors moved funds out of traditional bank deposits and into “free” FedAccounts. There is little doubt that such disintermediation would negatively impact the cost and availability of bank credit.

The administration and Democrats in Congress are only a few Senate votes away from reimagining the Federal Reserve as an institution that would enforce the progressive left’s climate-change and income redistribution agendas. Instead of promoting stable prices, maximum employment, economic growth and equal opportunity for all, the Fed would be transformed into an institution that actively diverts bank credit toward politically-favored industries and racial and ethnic groups. The Fed would face a mandate to promote an inflationary industrial policy and could well be required to issue a retail digital currency that would disintermediate the private banking system. It is puzzling why former Federal Reserve officials have not vocally denounced these developments for what they are: a direct attack on capitalism, free market driven investment, and Federal Reserve independence.

This article, The Progressive Left and the Push to Reset the Federal Reserve’s Legal Mandates, was originally published by the American Institute for Economic Research and appears here with permission. Please support their efforts.