The Real Problem with PPP Loans 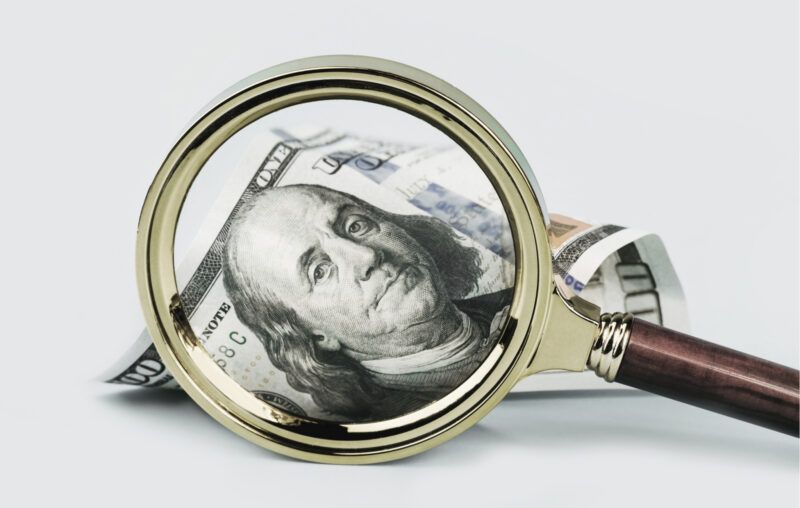 No business ever runs out of money. This is true even of businesses that routinely lose money. As evidenced by the high failure rate in Silicon Valley, the oil patch, and in the pharmaceutical space, investors are a patient lot.

What businesses run out of is investor trust. Money isn’t a problem if investors trust the future.

Which brings us to the introduction of the Paycheck Protection Program (PPP) during the hideous, and needless lockdowns related to the coronavirus in 2020. To this day, both sides miss the point. Left wingers are mad that so much of the PPP money went to big, and often very prosperous businesses, including the Los Angeles Lakers. Self-proclaimed free-market thinkers are similarly mad that rich businesses, with tight banking relationships and big staffs capable of maneuvering through PPP minutae with ease, got the lion’s share of the PPP money. Their anger is mis-directed.

What they should be and should have been furious about was a PPP program in the first place. On its own, the protection of jobs is the last reason for governments to “do something.” Think about it. No business opens up in order to “create jobs.” Such a promise by a business in search of investment capital would most certainly be met with rejection by any investor. Businesses in the real world of commerce are tasked with producing as much as possible with as few inputs as possible. That workers are required to fulfill investment objectives is certainly a happy consequence of a business prospering, but the jobs aren’t the goal. Nor should they be.

Beyond that, the PPP was a non sequitur. Think about it for a few minutes. And if you’re still unsure what to think, read the opening paragraphs of this piece. No business ever runs out of money. With the spread of a novel coronavirus in 2020 it’s not unreasonable to speculate that more than a few businesses would have seen small to very large losses of receipts as individuals around the world retreated a lot or a little from routine activities amid a spreading virus. What’s important here is that the finance that enables businesses to operate throughout all sorts of conditions is frequently tailored to meet the needs of businesses that occasionally hit difficult stretches. Looked at in terms of the virus, it’s a fair bet that absent a governmental response, financiers would have leaped into action in order to protect businesses that weren’t suddenly shrunk by market forces, but instead a near-term virus scare.

The problem was that government “did something.” It locked businesses and people down en masse. While finance responds to all manner of uncertainties born of people acting freely all the time, it’s more difficult for finance to respond to man-made errors. In 2020, politicians quite simply took away the right of businesses to operate. For months at a time, and often more. Others were told that if they remained open, they would be fined. Or they would have their electricity cut off. Is it any wonder that private finance dried up in the spring of 2020, at least for a time? The important thing is that it dried up not because financiers lost trust in how businesses were being operated, but instead finance dried up because those with capital no longer trusted politicians to act rationally. There’s a big difference.

In 2020 politicians not only took away the right to work and operate a business, they also arrogated to themselves the right to aid the businesses they needlessly impaired. PPP was a non sequitur because absent politicians “doing something” in response to a spreading virus, businesses would have developed plans to stay open, stay partially open, or close altogether in reaction to the virus. Future looking, patient investors would have financed the plans they trusted, and walked away from those they didn’t. That’s how markets work. The important thing here is that market signals would have dictated what businesses could, and couldn’t have done.

Instead, government substituted itself for the market. That an economic crisis ensued was a statement of the obvious. Worse, was that government acting as size financier (lest readers forget, Congress passed a $2.9 trillion emergency spending bill in 2020) meant that the lockdowns that caused finance to “freeze up” were logically subsidized by federal action. Get it? Absent all this federal largesse, the lockdowns wouldn’t have lasted two weeks, let alone many months.

Applied to the PPP, the real tragedy of it is that in a dynamic economy, businesses of all sizes die all the time, and all year. It’s called progress. Economies gain essential strength from periods of weakness as bad stewards of capital are relieved of it so that good stewards can replace them. Conservatives and liberals are all worked up about “big” and “rich” getting PPP money, but what really should bother them were they more in touch with simple economics is that government, in saving companies and jobs, set economic progress back by somewhat freezing 2020 in place. Stasis is the enemy of dynamic. PPP was tragic not because the Lakers got money, but because businesses got funding bereft of market signals.

Funny here is that the latest news about PPP that has the economically confused all hot and bothered is that instead of “saving jobs,” a lot of PPP money went to “business owners and their shareholders and their creditors.” The rich again….Oh well, with it hopefully clear yet again that PPP was a horrific idea born of a tragically dense belief that economic contraction was a wise virus-mitigation strategy, the simple truth is that business owners, shareholders and creditors are the people without which there would be no jobs. Translated for those who need it, if you love jobs you can’t hate the individuals whose ideas and capital commitments make work possible. If the PPP money had to go somewhere, it was best that it went to those who paid the taxes in the first place.

This article, The Real Problem with PPP Loans, was originally published by the American Institute for Economic Research and appears here with permission. Please support their efforts.