The Ripples of Government Intervention 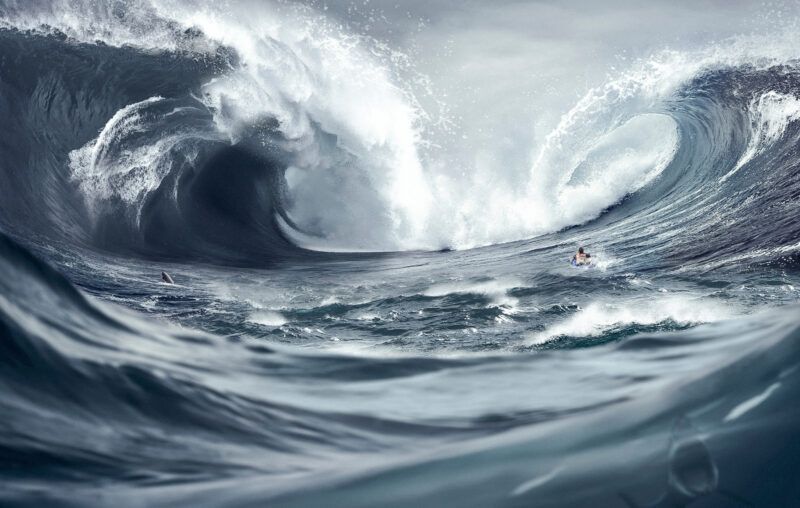 In one of his early works, Ludwig von Mises argued that mixed economies, those that can neither bear the labels of laissez-faire capitalism or socialism, were inherently unstable. His claim was that once a government intervention began, it foiled economic calculation in ways that altered behavior. Once unforeseen consequences of the intervention start revealing themselves, policy-makers must either intervene once more or roll back the policy. In the end, an economy can be free or it can be centrally planned. It cannot be a mixture of both.

This key insight, later extended by Mises himself and refined by scholars such as Sanford Ikeda and Robert Higgs, has become known as the “dynamics of interventionism.” It has become a key element in the literature, emphasizing the necessary conditions for the creation and preservation of a liberal-democratic order (i.e. open political competition combined with a limited state). Simply put, it says that government interventions cause ripples in the economy.

The problem is this body of theory comes up against another, one that is well-accepted in economics: the theory of regulatory capture. While this theory had many early prototypes, its first formal elaboration was produced by George Stigler in the 1970s. It has a deceptively simple point: The creation of regulation itself requires economic calculation. In that view, not only are the regulations desired and understood by economic actors, but the consequences of those regulations are also fully understood. This means that a group asking for a price ceiling is aware that rationing will occur (and that coupons will be issued). The adjustments that people make become permanent and economies need not continue down the path to socialism or be forced to reverse by deregulating. Under that view, there are no ripples.

These views conflict at first glance. In a recent paper with Germain Belzile and Rosolino Candela published in Public Choice, however, we argue that they are actually complementary. The main difference between them is whether the consequences of government interventions have effects that can be fully predicted by regulators. If regulators can predict, then interventions need not debilitate the economy. If not, then unforeseen consequences emerge causing the need for reaction. The ability to predict is largely tied to how bureaucrats and politicians benefit from crafting interventions. As they are not residual claimants to the full profits or losses of their decisions, both are unable (or unincentivized) to access the knowledge necessary to anticipate the long-run consequences of their actions. More importantly, the cost of acquiring knowledge increases the further ahead in time one looks.

In the paper, my co-authors and I propose a case study based on the economic history of electricity in Canada. In the early 1900s, the populous province of Ontario began nationalizing its electrical industry. The goal was to provide cheap electricity to manufacturers far-removed from the large city of Toronto and to farmers in rural communities. By 1921, the process was complete. Until the mid-1920s, the government’s policy of providing electricity at below-market prices had the effects understood and desired by politicians, bureaucrats, manufacturers and farmers. They understood that subsidization meant that extra capacity had to be added, and that taxes needed to be raised to finance these additions. What they did not expect, however, was that the demand for electricity was as elastic as it was. The increase in quantity demanded was much greater than expected. Politicians and bureaucrats scrambled for a solution. Rationing was out of the question for political reasons. New generating stations to cover the unexpected surge were too expensive relative to those they had planned. This meant raising taxes, something that was also out of the question for political reasons. The only option left was to build high-voltage transmission lines to the neighboring province of Quebec and import from there.

Quebec, Canada’s second largest province, had a burgeoning (and entirely private) electrical industry, with low costs due to its extensive network of wide and fast-running rivers. Private firms were more than happy to sign contracts for large purchases from the Ontario crown corporation,  as long as they could charge the market price. From 1926 to 1932, the largest utilities in western Quebec (those that bordered Ontario) signed massive provision contracts to the Ontario crown corporation. Between the completion of the first interprovincial high-voltage transmission line in 1928 and 1934, Quebec’s exports of electricity to Ontario went from 4 percent of total output to 19 percent, a sizable increase.

The rub is that the higher demand from Ontario meant higher prices in Quebec markets that were connected to Ontario. My co-authors and I found that the causal effect of being connected to Ontario by high-voltage transmission lines after 1928 was that prices surged from between 13 percent and 21 percent.

These higher prices in Quebec caused a political backlash in the province. Prior to 1928, Quebec had bucked the trend of the rest of North America. Whereas the rest of the subcontinent had been moving toward greater public ownership, most of the few cities in Quebec that had initially opted for public ownership were in the process of privatizing their utilities. After 1928, some cities began to consider greater regulation and outright public ownership. Some large cities reneged on deals they had made with private firms. By 1935, the Quebec Liberal Party (which had been continuously in power since the late 1890s) split in part over the question of nationalizing electrical utilities. In the 1936 election the Liberals opposed nationalization (tepidly at best), and were decimated by the Union Nationale (a merger of the derelict Conservative Party and the liberals who had bolted from the party). The swing against liberal candidates was strongest in constituencies that were connected to Ontario by the high-transmission lines, suggesting that the price increases fueled the nationalization movement. In the late 1930s, extra layers of price regulations were added and, by 1944, the largest electrical utility had been nationalized.

The story here is simple: Nationalization in Ontario from the early 1900s to the 1920s caused regulation and nationalization in Quebec during the 1930s and 1940s. The dynamics of interventionism at play!

No Ontario bureaucrat could have anticipated such a policy development in the neighboring province when nationalization was completed. Yes, they anticipated some of the effects of intervention – the short-run ones. However, the failure to anticipate the long-run consequences meant that some bureaucrats and politicians (not those in Ontario) were forced to add some extra layer of government interventions decades later to deal with the consequences of earlier rounds of intervention.

This example is not banal. It is crucially important. It means that, when someone says “what could go wrong” after proposing a policy intervention, the reply should be “a lot that we will only comprehend many years from now.” The damaging ripples of government intervention may be very far in the future – it does not mean they do not exist.

This article, The Ripples of Government Intervention, was originally published by the American Institute for Economic Research and appears here with permission. Please support their efforts.