The Rise of ESG, Replacing Profits with Paternalism, and Strategy with Standards 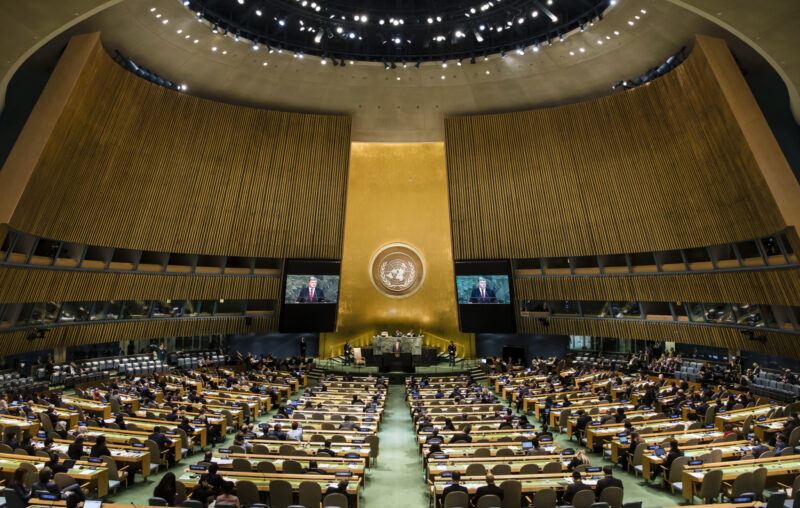 The movement for creating systemic change in the economic system is growing. Traditionally, investments in entrepreneurial ventures were based on expectations for a favorable return given the risks involved. Businesses were expected to perform at their best to ensure shareholder value, and to do so they needed to cater to consumer needs, efficiently leverage resources, and effectively manage their operations.

Presently, however, businesses are expected to have a social impact – and it is this impact that is being positioned to matter most. More than production, more than consumption, and even more than shareholder value.

For-profits are increasingly embracing the concept of conscious capitalism and stakeholder integration, which the likes of John Mackey and Sir Richard Branson have not only championed but built movements around, calling on businesses to have a “Higher Purpose” and commit to creating a “better world”.

At face value, this sounds like not only a good thing but a strategic move given that consumer preference leans toward firms that aim to have a social impact rather than simply sell a product.

R. Edward Freeman, the proposed father of Stakeholder Theory, asserts that firms must align the interests of all stakeholders while doing what they can to avoid tradeoffs. His 1984 publication, Strategic Management: A Stakeholder Approach, spurred on a mission to transform business practices toward more noble pursuits.

From Villain to Social Guardian

In 1987, the World Business Academy was launched dedicated to the proposition that businesses can’t be trusted since the corporate realm was “behind every major problem.” A change needed to occur.

This negative notion of the impact of business attracted others to come up with their own stance on the matter. John Renesch coined the phrase “conscious capitalism,” John Elkington promoted the Triple Bottom Line – representing people, planet, and profit, and Michael Porter developed the concept of shared value, which proposes the meeting of a social need with a business model.

To be sure, many have stressed the role of business in society to be more than just about making money, and forms of corporate social responsibility (CSR) have both expanded and evolved in response.

When the concept of CSR first came about, it was applicable to larger firms that had the ability to utilize their wealth and success for giving back – by volunteering, giving to charities, and even partnering with NGOs. However, CSR is no longer about giving back, or even paying it forward – it is about engagement with social issues – and this is now expected of all firms.

The Push for SDGs and Rise of ESG

The pressure to ‘do good’ is not only based on reputational concerns from private actors, but derived from a broader, more politically charged global movement.

In 2000, the Millennium Summit took place in New York City at the United Nations, and was the largest gathering of world leaders at that time. The purpose of the Summit was to determine the ongoing role of the UN and propose new goals for creating a better world.

As a result of the Summit, public officials signed the Millennium Declaration, which outlined eight Millennium Development Goals (MDGs) to be achieved by 2015. And given that a primary focus for the UN was eradicating poverty, engaging with the financial sector became a crucial component.

At the bequest of the UN Secretary-General at that time, Kofi Annan, a study was commissioned to make the business case for corporate commitments to social initiatives, and in 2006 the UN called upon countries to become signatories to its Principles for Responsible Investment (PRI). For those who signed on to the PRI, the standards proposed required firms and capital markets to take part and do more for the global good.

After 2015, the MDGs morphed into the Sustainable Development Goals (SDGs), and the PRI prompted the creation of ESG frameworks. Both the Sustainability Accounting Standards Board (SASB) and the World Economic Forum (WEF) promoted efforts for instituting “a globally accepted system for corporate disclosure” to track the progress of the SDGs and pressured financial firms to implement ESG metrics as proof for doing their part.

The adoption of ESG standards, however, is truly problematic given that value and virtue are difficult to measure and there will always be tradeoffs – whether Freeman likes it or not.

A troublesome matter for businesses serving societal goals rather than marketplace needs is the complexity of catering to all stakeholders at once, and the subjectivity of what is meant as being ‘good’ or when ‘good’ does or doesn’t apply.

For instance, prior to the pandemic, regulators aimed to limit the use of single-use plastics, but such stipulations were suspended in response to COVID-19 safety concerns. Recycling centers shut down and plastic production ramped up. This was what was needed, and therefore good for society.

The Real Problem with Rating Systems

Divergent interests and incentives create push-pull effects in the market, and while it is important to be aware of the impact and opportunity costs involved, it is also important to let market mechanisms play out. Instead, however, firms are being coerced to abide by assessments and compliance measures ,and this will only create bottlenecks for production processes over time given that anything new or different will need to first be approved or verified. And Branson’s booming B Corp movement and Mackey’s Conscious Capitalism cohort are aiding in this process.

Adhering to the on-high expectations from verifiers such as the B-Team, who claim that our “economic model is broken” despite the great advancements we can see before our eyes, is not only bad for business but bad for progress.

Experimentation and diversification, according to Ludvig Von Mises, is the best combination for advancement, and new product offerings are a benefit to society in and of themselves when firms act ethically and serve the wants and needs of consumers. However, innovative pursuits will likely be supplanted by incremental improvements which adhere to the standards of external dictates and will garner endorsement from appraisal agencies.

Businesses shouldn’t need a stamp of approval from a certifying agency, especially since sales will signal when something of worth is being offered, and if profits decline organizations must work to understand why. Nevertheless, attaining the B Lab logo or being a partner in the conscious capitalism campaign has a strong appeal for those looking to gain social capital and appease industry elites and political pundits – and these initiatives are not only gaining traction, they are joining forces.

The Rebranding of Business and Centralized Control

Just recently, the Imperative 21 Network was launched to “RESET” our economic system, and both the B Team and Conscious Capitalism are listed as two of the primary stewards for this initiative.

The Network represents “more than 70,000 businesses, 20 million employees, $6.6 trillion in revenue, and $15 trillion in assets under management” and the goal is “to shift the cultural narrative about the role of business and finance in society”. And the shift is certainly underway given that in 2019, the Business Roundtable, made up of a group of 180 CEO’s of America’s largest companies, declared that business must aim to improve the status of all stakeholders and play a larger role in society.

With all this in mind, it is no wonder ESG took a stronghold in the investment community, and it is unnerving to see how easily the business world succumbed to power players.

But what is more worrisome is the fact that certifying agencies and assessment measures inevitably embolden regulators. Take for example the organic agricultural sect, whereas the certifying bodies were initially self-regulated and self-certified, having been established by the farmers themselves. However, as sales increased for organically labeled foods, so too did the number of certification bodies involved. The emergence of various organic labeling schemes confused what each label stood for and, over time, it became necessary to address the processes of certification and establish a more standardized and regulated system.

And the same will likely be true for ESG. Right now, there are a diversity of ESG frameworks with fees ranging from thousands of dollars to several million, and credibility concerns are on the rise and generating interest from monitoring agencies.

Given that ESG was formulated within the UN system to further the UN’s SDGs and hold PRI signatories accountable, it seems rather clear which ESG framework will win out in the end – the Global Reporting Initiative (GRI). The GRI is partnered with the UN and was founded with assistance from the UN Environment Programme and, coincidentally, it is currently the most widely used framework (implemented by 73% of the world’s top 250 firms).

Therefore, it seems likely that any standardized framework will be based on the UN’s postulates when all is said and done, and this will have all transpired in front of our eyes and by use of our own pocketbooks.

This article, The Rise of ESG, Replacing Profits with Paternalism, and Strategy with Standards, was originally published by the American Institute for Economic Research and appears here with permission. Please support their efforts.