The Rise of Libertarianism in Latin America 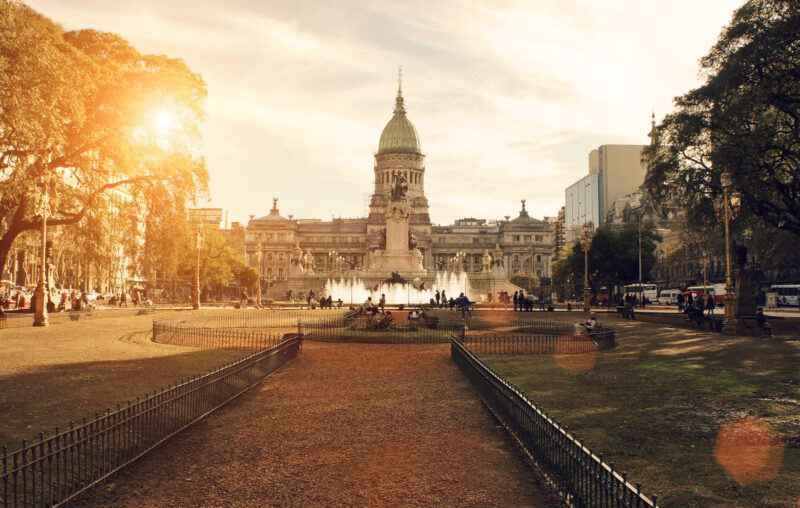 Even before Donald Trump’s entrance onto the political scene in the summer of 2015, a social and political eruption was taking place, not just in the United States but around the world. A quiet aching among many who felt abandoned by the political establishment has now morphed into a serious and gnawing illness that has yet to abate. Illiberalism rose out of fear and disillusionment among the “forgotten classes,” and has spread to countries the world over.

But there’s a parallel trend that has been largely overlooked, partly because it takes place in less developed countries and partly because the rise of a libertarian resistance isn’t as glamorous or eventful as the illiberal impulses gripping countries like Hungary, Poland, and of course, the United States.

Just as the populist fashion show struts its illiberal walk on the main stage of popular discourse, there’s a lesser-followed libertarian movement that is developing backstage, particularly in Latin America. I view this parallel movement as a healthy response to the wave of populist discontent through its calls for less protectionism, more immigration, a smaller welfare state, and fewer regulations.

In 2015, for example, Brazil experienced a political reckoning. Young libertarian activists led the resistance to oust Brazil’s corrupt former President Dilma Rousseff. The Free Brazil Movement (MBL) was founded in 2014 by young activists steeped in the classical liberal tradition and fed up with Brazil’s entrenched corruption, most notably manifested in Rousseff’s disgraced regime, but was also visible in her successor Michel Temer’s government, and even with Brazil’s current president Jair Bolsonaro.

The MBL is representative of a larger cultural shift taking root in Latin America, kicked off by hopeful youth seeking a freer world. Although not quite mainstream, the young Brazilians chanting for free markets and a smaller state have made a difference, evident in Rousseff’s successful impeachment and in renewed interest for economic reforms. Unfortunately, the authoritarian impulse continues to overwhelm the country, supported by a wide network of corrupt institutions that pretend to incorporate the needs of its people.

In Venezuela, libertarian organizations back opposition leaders like María Corina Machado, who has worked tirelessly to depose Nicolás Maduro—Venezuela’s dictator—and restore the country to democracy. Although numbers are hard to find, several groups and organizations are asserting themselves to combat the elevated degree of political apathy among many young Venezuelans.

As in many authoritarian regimes, the struggle for freedom is difficult to pinpoint on a political map, but once you survey the underlying sentiments and observe the behind-the-scenes attempts at reform, the rise of a libertarian attitude doesn’t seem far from reality.

The libertarian imagination is also captured in Honduras, where several Zones for Employment and Economic Development (Aka ZEDEs or zonas de empleo y desarollo económico) are taking shape. Essentially, ZEDEs are semi-autonomous zones that are “free to adopt their own taxation systems and legal regimes.”

According to Ryan Berg and Henry Ziemer of the Center for Strategic and International Studies (CSIS), “ZEDEs are empowered to provide their own civil services, including housing, utilities, and law enforcement.” The promise of ZEDEs lies in the freedom investors have to establish not only their own capital and labor, but also individualized communities that operate under a framework that incentivizes entrepreneurship.

However, recent attempts by the Honduran government to roll back the presence of ZEDEs are likely to reduce foreign investment and increase entrepreneurial uncertainty. Despite these calls for eliminating charter cities in Honduras, the government has a long way to go, and the goal of autonomous regions peppering the country hasn’t waned.

In a recent Gallup poll, when asked whether Hondurans would accept a job in a ZEDE, 70 percent of respondents replied favorably. In other words, many Hondurans would rather ZEDEs exist because of their economic benefits, despite mainstream information to the contrary.

Finally, we have Argentina. The case of Argentina would, on the surface, appear to be an outlier, but something deeper and more visceral has captivated Argentines and has spurred a libertarian movement. Led by the eccentric and charismatic libertarian economist Javier Milei, free markets, individualism, and an emphasis on the rule of law are being rebranded to include a humanistic element that speaks to the everyday experience of Argentines facing high inflation and poverty rates that have surpassed 40 percent.

Dubbed as possibly Argentina’s next president by The Washington Post, Milei galvanizes Argentines through his emphatic speeches championing private property, lowering the fiscal deficit, and eliminating the country’s central bank. He even raffles off his own salary—a move that he says is only fair by returning to the taxpayer the money that was stolen by the political caste.

The explosion of support for libertarian ideas is not only found in Milei’s books and public appearances, but in the relative success of the libertarian coalition Avanza Libertad (Liberty Advances), which recently secured two seats in the Senate in the 2021 legislative election.

Even more striking is how many voters turned out in favor of the libertarians in some of the lowest income neighborhoods of Buenos Aires. Clearly, the impact of libertarian principles is stronger where the consequences of government incompetence are most felt.

For every case of national populism that barrels its way to the top of the headlines, there are bright pockets of libertarian reactions—bursts of support for the ideas of a free and good society. Latin America has a long and tortured history with socialist policies both old and new, but it also seeks to practice the ideas of a free society by experimenting in all forms of life.

The rise of free market think tanks in Latin America, the courageous calls for free expression in countries like Venezuela and Cuba, and the political and economic defiance against the overgrown governments from Mexico down to Argentina, all express the libertarian intuition that marks the free society from the closed society. After all, as Francis Fukuyama recently remarked in The Financial Times, “Liberalism is valued most when people live in an illiberal world.” This is especially true for Latin America.

This article, The Rise of Libertarianism in Latin America, was originally published by the American Institute for Economic Research and appears here with permission. Please support their efforts.