The State of the Union is… 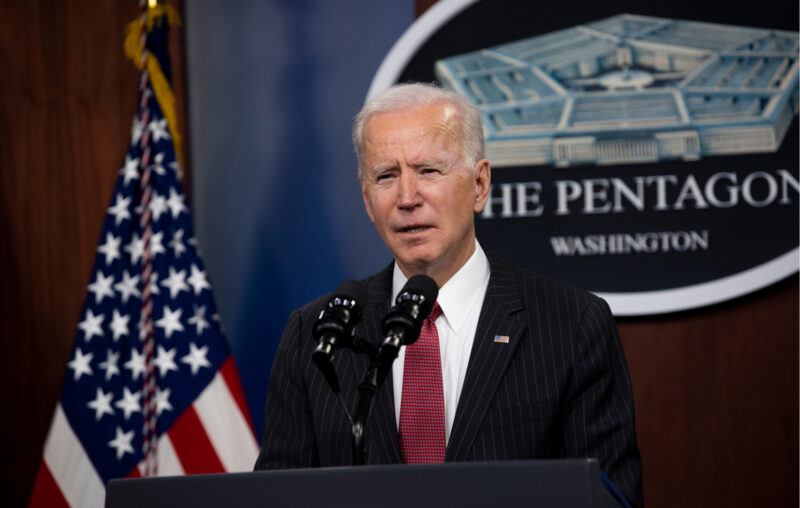 President Biden’s first State of the Union address is scheduled for Tuesday, and it’s hard to believe anyone is looking forward to it. This annual, national chore has been more trouble than it’s worth for quite some time. And while the Constitution specifies that the President “shall from time to time give to the Congress Information of the State of the Union and recommend to their Consideration such measures as he shall judge necessary and expedient,” it doesn’t specify much else.

Frankly, a one-page letter would serve the purpose.

But no. We will be treated to a hodgepodge of lies, half-truths, and nonsense. It would be far better if we insisted on following Thomas Jefferson’s lead. While his predecessors, Washington and Adams, delivered their State of the Union addresses in person every year, Jefferson just sent letters to Congress. This remained the custom until Woodrow Wilson revived in-person delivery in 1913.

This is just more evidence that Wilson was wrong about nearly everything.

We didn’t have to put up with this foolishness for more than 100 years. What a world. Of course, the 24-hour news cycle virtually guarantees that the State of the Union address will never be submitted in writing again. Instead, we will see half the room standing up and clapping as the other half sits and scowls. It’s all so predictable. Also predictable? The length. Set aside an hour to an hour and a half.

So what will we hear? You can bet that there will be a lot of tough talk directed towards Russia and Vladimir Putin. You can also bet that President Biden will do his level best to resuscitate portions of his Build Back Better debacle. And while Democrats will all stand and clap when he does, take a second to notice the looks on their faces when they do. Every one of them knows that this legislation is dead where it sits, and that President Biden will need to get well above his current 40 percent approval rating before he can do much of anything.

What will we not hear? We will not hear one word about the massive-but-becoming-gargantuan federal debt. Not one Democrat brought it up in any of the debates leading to Candidate Biden’s nomination, and we’re not in any danger of hearing it now.

In fairness, you would be hard-pressed to find a Republican willing to use the word “debt” in public either. But we’ll get to that can of worms some other time.

This article, The State of the Union is…, was originally published by the American Institute for Economic Research and appears here with permission. Please support their efforts.