The Stock Market Is Crashing! Is This 1,000 Point Wipeout Just The Beginning Of A Historic Financial Nightmare? 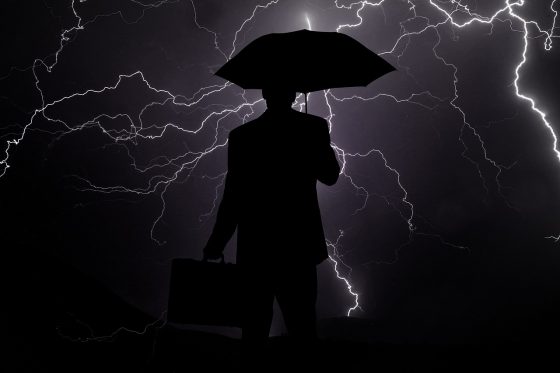 Is this “the Big One”?  On Wednesday, I warned that the Federal Reserve had made a “colossal mistake” when it increased its benchmark interest rate by 50 basis points, and it looks like investors on Wall Street fully agree.  We just witnessed one of the largest single day stock market crashes in history, and of course this comes at a time when stock prices had already fallen quite dramatically.  Even before the carnage on Thursday, stocks were off to their worst start to a year in decades.  So will things settle down soon, or is this the beginning of a truly historic stock market collapse?

Millions of Americans better hope that it is the former, because trillions upon trillions of dollars in paper wealth is on the line.

I have always warned my readers that you only make money in the stock market if you get out in time.

It doesn’t matter if you were holding certain stocks when they soared to all-time record highs.  What is going to determine if you make a profit or not is when you choose to sell.

And markets tend to go down a whole lot faster than they go up.

On Thursday, the Dow was down more than 1,000 points, the S&P 500 plunged more than 3.5 percent, and the Nasdaq got absolutely crushed…

If you think that those numbers are bad, just look at what happened to Etsy and eBay…

Etsy and eBay dropped 16.8% and 11.7%, respectively, after issuing weaker-than-expected revenue guidance. Shopify fell nearly 15% after missing estimates on the top and bottom lines.

The declines dragged Nasdaq to its worst day in nearly two years.

We have seen other bad days on Wall Street in recent years, but this definitely feels different.

“I expected some selloff, but the great puking that’s happening, I didn’t expect,” said Kim Forrest, founder and chief investment officer at Bokeh Capital Partners. “Is this capitulation? I remember what capitulation feels like — this kind of feels like capitulation, when everything, even the good names, are getting barfed out.”

I could not have said it better myself.

So precisely what was the trigger that prompted this rush for the exits?

Well, a lot of analysts are pointing to the Fed’s decision to raise interest rates on Wednesday.  Here is one example…

“It’s going to be incredibly difficult for the Fed to normalize interest rates without having a negative impact on growth and earnings,” said Paul Nolte, portfolio manager at Kingsview Investment Management. “So stock prices are too high if we’re going to see a flattening or a decline in earnings per share.”

Because there is so much leverage in the market right now, rapid declines could precipitate wave after wave of forced selling.

In fact, it appears that this is already happening to a certain degree.

Ultimately, it certainly won’t take too much to turn this “market slide” into a “market avalanche”.

Meanwhile, we continue to get more indications that the U.S. economy as a whole is really slowing down.  On Thursday, we learned that worker productivity declined “at its fastest pace in nearly 75 years” during the first quarter…

Worker productivity fell to start 2022 at its fastest pace in nearly 75 years while labor costs soared as the U.S. struggled with surging Covid cases, the Bureau of Labor Statistics reported Thursday.

Nonfarm productivity, a measure of output against hours worked, declined 7.5% from January through March, the biggest fall since the third quarter of 1947.

At the same time, we continue to get more bad news on the inflation front.

Beef will be getting even more expensive at U.S. grocery stores in the months ahead, according to one of the country’s biggest meatpackers.

National Beef Co., controlled by the Brazilian giant Marfrig Global Foods, sees relatively stable margins in the next two quarters, according to Tim Klein, who heads Marfrig’s U.S. operations. That means even though their costs to buy cattle are increasing, the company will ultimately be able to pass that on to consumers in the form of pricier steaks and burgers.

A fertilizer shortage is putting the food supply at risk.

Fertilizer prices have tripled from where they were in 2021 and it’s forcing Mid-Michigan farmers to change how they grow their crops.

“You’re cutting off one hand to save the other,” said Seth Cords.

So many things are simultaneously going wrong, and the outlook for the second half of this year is exceedingly bleak.

But for a long time stock prices were able to defy economic reality.

Even though economic conditions were rapidly deteriorating all around us, investors just continued to party on as stock prices just kept going higher and higher.

Of course now everything has changed.

Trillions of dollars in paper wealth has already been wiped out, and trillions more will likely be wiped out in the days ahead.

But Wall Street doesn’t even realize that what we have been through so far is just a warm up act.

Much more difficult days are coming, and eventually we will see financial disaster on a scale that is absolutely unprecedented in our history.

Hopefully that time can be put off for as long as possible.

But the clock is ticking, and what happened on Thursday should be a major league wake up call for all of us.