The “Unlivable” World of Global Warming Is Much Wealthier Than Today 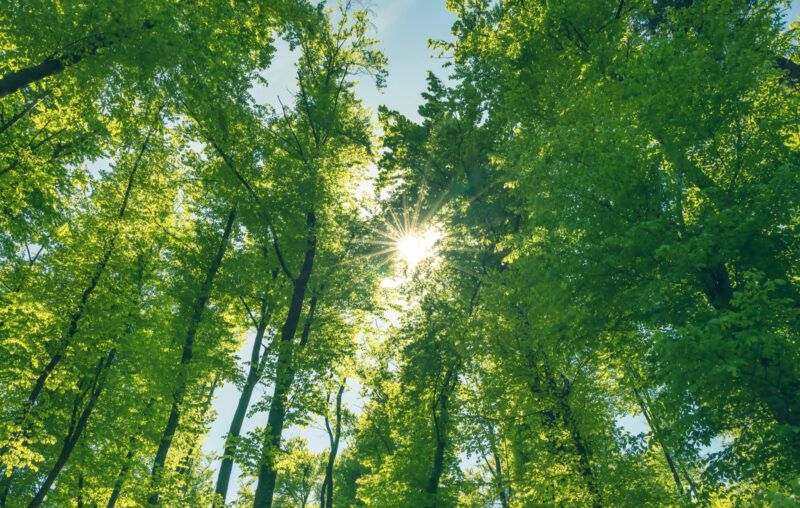 Global warming is real, and it is a problem. But how big of a problem? According to some, humanity’s very existence seems to be at stake. When our responses to global warming snap like a rubber band, warns economist Paul Krugman,  “then the megadeaths will begin,” a claim he says, is not hyperbole, just realism. A popular book warns of an uninhabitable earth. And United Nations Secretary-General António Guterres has used his bully pulpit to inform us that we are “firmly on track towards an unlivable world. Like Krugman, he says this is not “fiction or exaggeration,” but simply “what science tells us will result from our current energy policies.”

But does the science really say that the earth will become unlivable? More specifically, does the authoritative Sixth Assessment Report of the Intergovernmental Panel on Climate Change report give us even the slightest indication that the world is at serious risk of becoming uninhabitable due to our current energy policies?

The unequivocal answer is “no.” Put another way, Krugman, Guterres, and others are engaging in hyperbole, exaggeration, and fiction. Because what the IPCC really says is that 1) our current energy policies are better than they were when the Fifth Assessment Report was written, so our predicted warming paths are lower than they were then, and 2) the world will be twice as wealthy by the year 2050, global warming or not. Its most dire economic predictions are for a reduction in economic growth over that time, whereas an uninhabitable world would, of necessity, be one of devastating economic collapse.

This doesn’t mean there won’t be challenges from climate change, with some regions facing greater challenges than others. And it doesn’t mean we won’t be better off if we mitigate it or at least invest in adaptation strategies. But it does mean that there is a concerted effort by some elite actors to engage in the politics of fear. I will not attempt to discern to what extent these otherwise intelligent people are mistaken, and to what extent they are consciously dishonest. What I will do here is draw directly from the IPCC Report to argue for humanity’s bright future.

The most dire predictions come from simulations run under a scenario called representative concentration pathway (RCP) 8.5, sometimes called the “business as usual,” pathway, which would lead to almost five degrees of warming by century’s end (WGIII, 3-118, or Working Group III, ch. 3, p. 118 – pages are cited so others can verify claims made here). In the Fifth Assessment Report, this was seen as the most likely future, but it is now considered to be of low likelihood, with the most likely future paths being much lower – although still harmful – levels of warming. This is primarily because countries have changed their policies and the intended trajectories of their future carbon emissions, even if not rapidly enough to satisfy climate activists.

RCP8.5 is, according to the ICPP, no longer business as usual. The report concludes that while such high-emissions scenarios cannot be completely ruled out, scenarios showing warming of greater than 4°C “would imply a reversal of current technology and/or mitigation policy trends” (WGIII: SPM-22). Current “business as (now) usual cenarios, ones “consistent with the continuation of policies implemented by the end of 2020,” only lead to a rise in temperature of 2.2 – 3.5°C. The report itself assumes that current policy trends are not going to reverse and that, however gradually, they will continue to trend toward “increasingly stringent . . . climate policies” (WGIII 3-26). A good rough estimate, then might be toward the lower end of that latter warming estimate.

Unfortunately, while the RCP.5 scenario is no longer seen as scientifically valid, it continues to be used extensively. And even as the Sixth Assessment downplays its correlation with reality, the collected reports contain over 1,000 references to it, providing plenty of opportunities for fear-mongers to cherry-pick unlikely disaster scenarios.

Myth #2: We’ll All Be Much Worse Off in the Future

Doomsday scenarios suggest we’ll be much worse off in the future. Scenes of food riots and violent collapse of social order come to mind. And yet the Sixth Assessment Report very explicitly states that “in assessed modeled pathways, regardless of the level of mitigation action, global GDP is projected to at least double (increase by at least 100%) over 2020-2050” (WGIII, SPM-49). So even in the worst case scenarios, the IPCC expects the world to double in wealth over the next several decades (which will, of course, positively impact our capacity to adapt to any level of warming).

However, global warming is predicted to have a negative effect on GDP growth, on the order of .04-.09 percentage points per year, for a total net reduction in 2050 of 1.3 – 2.7 percent (ibid). This is on the order of a serious recession in the year 2050 after years of sustained normal growth, problematic, but hardly catastrophic.

Looking further out, the modeled assumptions for economic growth from 2050 – 2100 are lower on an annual basis, only 1.3 to 2.1 percent per year. But even that reflects a still growing economy. Whether this assumption is correct is relevant – the point is that the models are anti-doomsday models. In their basics they assume a much richer, albeit much warmer, world, in 2100, even if we do not act to mitigate increasing levels of carbon dioxide in the atmosphere. So they provide no basis for predicting utter catastrophe. The science does not support claims of an existential threat to humanity.

Of course, climate change will affect different regions differently, and some will be hit much harder than others, both because of location and because of limited capacity for adaptation. One of the most at-risk regions is sub-Saharan Africa, because of its low-latitude location and its continuing underdevelopment. IPCC Working Group II’s chapter on Africa makes for grim reading. A selection:

And yet, the close reader will see that there is good news there as well. Although the report does not give a continent-wide GDP estimate for Africa, nor even one for the sub-Saharan region, it also does not suggest an absolute decline in GDP, but rather hints at continued growth. For example, the report argues that “across nearly all African countries, GDP per capita is projected to be at least 5% higher by 2050 and 10-20% higher if global warming is held to 1.5°C versus 2°C” (WGII9-7). These are significant numbers, but they indicate again that the question is how much wealthier Africa becomes in a warmer future, not whether Africa becomes wealthier.

And while the IPCC report does not address such questions directly, it is clear that the greater influences on Africa’s economic development will be questions of governance rather than questions of climate.

There are other hints of a positive, albeit difficult, future for Africa. The statement on increases in mortality and morbidity is accompanied by the addendum that warming “risk[s] undermining improvements in health from future socio-economic development” (WGII, 9-7). Fleshed out, that means a wealthier Africa can better deal with morbidity and mortality risks, and rather than guaranteed absolute increases in mortality and morbidity, climate change will be a limiting factor on how much gain is made.

Again, far from an unlivable world, we see even in Africa a world that will be more livable because it will be more wealthy. It just won’t be as much more livable as it would in the absence of significant global warming, and it will continue to lag behind more developed regions of the world.

Finally, the report notes that even in Africa, adaptation can be effective in responding to global warming, in that it will be “cost-effective” (WGII, 9-4). This means that in the absence of mitigation of CO2 emissions, and in spite of the effective certainty that we will not limit the world to 1.5°C of warming – at least in the medium-term – investment in adaptation strategies can help even sub-Saharan Africa sustain growth through a significantly warmer world.

None of the above is a call for inaction. The IPCC report argues forcefully that the net effect of mitigating atmospheric CO2 concentration is a wealthier world in the future, albeit only marginally so. The mitigation strategies, if the report is correct, will pay for themselves, given time. Of course that is an empirical claim that is subject to debate, and the correct answer is an important, but not the only, element in determining our best public policy responses.

Beyond the empirical question, there is an ethical question of whether a contemporary generation should be asked to pay for the benefits of future generations that are going to be much wealthier than that earlier one. Imagine if we could go back in time and ask folks in 1922 or 1962 to make themselves marginally poorer so we could be five percent wealthier today. They would, at the least, look askance at us, especially if we could transport them forward in time so they could see the phenomenal advantages our greater wealth has provided for us. Most importantly, we should be cautious about throwing ourselves into energy poverty via unreliable energy sources just because they are characterized by the ideological mantra “renewable.”

But if we do not pay for mitigation, we should certainly begin planning for adaptation. Many adaptation measures, such as raising shorelines, preserving open space for flood management, and enhanced disease management will have immediate payoffs, benefiting our own generation as well as future ones. As the Working Group III report notes, “Some of the most substantial health, wellbeing, and equity benefits associated with climate action derive from investing in basic infrastructure: sanitation, clean drinking water, clean energy, affordable healthy diets, clean public transport, and improved air quality” (WGIII, 3-106).

But that’s a far cry from giving in to the politics of fear, which are too often a prelude to a politics of tyranny. After all, if one truly believes the very existence of humanity is at stake, no regulation goes too far, and no social control is too strict, in order to save our species. And that is a price none of us should have to pay.

This article, The “Unlivable” World of Global Warming Is Much Wealthier Than Today, was originally published by the American Institute for Economic Research and appears here with permission. Please support their efforts. 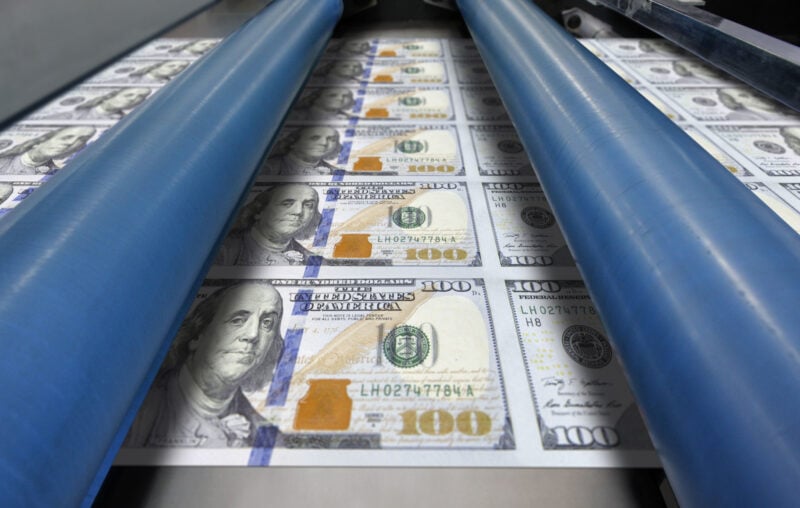