The Value of Federalism for Our Freedom 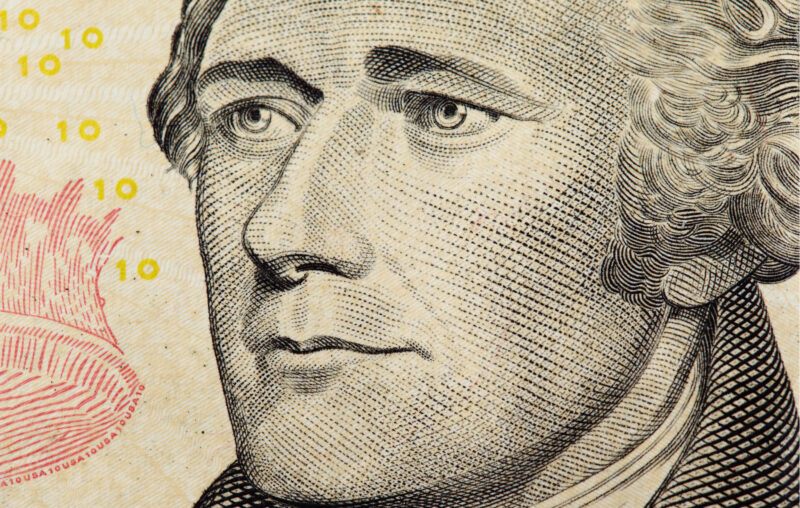 At America’s Founding, decentralization of power—a federal system, rather than a national system, (better described as “The States, United solely for specified joint purposes,” than “The United States”)—played a key role in protecting Americans’ liberties from infringement. However, in America today, for every problem, real or imagined, a national “solution” is proposed, regardless of how individual, local, or varied the issues are.

Whether it involves housing, education, energy, transportation, finance, labor, health care, insurance, or virtually anything else, Americans are overwhelmed with ever more “federal government knows best” policies and programs centralized in Washington. And what it does not mandate, the federal government manipulates with its ability to massively redistribute income among individuals and state and local governments (as with trust fund money that can be withheld if federal wishes are not treated as commands).

America’s Founders did not envision the federal government as being involved in virtually any decision made by anyone, much less as the domineering senior partner for almost every decision made by everyone. As Alexander Hamilton, perhaps the most “big government” Founder, wrote in Federalist 17: “All those things, in short, which are proper to be provided by local legislation, can never be desirable cares of a general jurisdiction.” James Madison wrote in Federalist 39 that “the new Constitution will, if established, be a federal, and not a national constitution,” and in Federalist 45 that “The powers delegated by the proposed Constitution to the Federal Government are few and defined…exercised principally on external objects.”

The current nationalization of every decision is blatantly inconsistent with individual rights and our Founders’ federalism, designed to tightly constrain the national government to few, enumerated powers. That is why it is useful to revisit one of the most insightful books ever written about how the centralization of government power eviscerates our liberties, that is, our ability to govern ourselves–Felix Morley’s Freedom and Federalism, which Liberty Fund called “a pioneering achievement.” A 1960 review sounds eerily as if it was written today: “the past century has witnessed the erosion of American federalism (and consequently, freedom) through the unchecked usurpations of power by the national government.”

With six decades of further “progress” eroding federalism (which Morley called “the distinctively American contribution to political art”) since he wrote, revisiting his insights about “the impact on individual liberty as centralized government takes more and more authority into its hands,” is even more important now. Wrote Morley:

Federalism…serves admirably to foster freedom without the sacrifice of order.

One of the important images behind national attempts to “solve” issues is that centralized administration will provide order. Unfortunately that order comes with the price tag of uniformity. And since Americans disagree, often sharply, about what they want government to do, such nationally imposed uniformity means some political majority is empowered to impose its will against the will of all others. The general welfare becomes whatever the dominant political faction wants. In contrast, federalism allows “law and order” to be provided locally, without empowering widespread political domination in the place of freedom. According to Morley:

Many falsely equate “majority rules” government with society. However, the expansion of the state is not the expansion of social (voluntary) power, but a contraction of it. As Albert Jay Nock insightfully put it:

Every assumption of State power…leaves society with so much less power…The State has said to society, You are either not exercising enough power…or are exercising it in what I think is an incompetent way, so I shall confiscate your power, and exercise it to suit myself.

In political democracy, your vote has no influence on the outcome when it is not aligned with majority wishes, and others’ rights are always at risk of being sacrificed. Under federalism, the potential of voting with your feet into jurisdictions that offer a preferred mix of burdens and benefits allows those with similar preferences to voluntarily share those bundles and limits the burdens majorities can impose on those who disagree. Voluntary market arrangements also offer a superior form of democracy. Those arrangements do not require the permission of the majority, yet markets represent a democracy in which every dollar vote counts and each person’s dollar votes determines their results, without providing the ability to violate others’ rights in the process. Morley wrote:

The founding fathers devised a balanced political structure…to protect minorities against the majority, right down to that minority of one, the individual…justified by the belief that men as individuals, and in their voluntary social combinations, are…worthy of freedom…

As public choice scholar Dwight Lee put it, “the chief concern of the framers of the Constitution was not that of ensuring a fully democratic political structure. Instead they were concerned with limiting government power in order to minimize the abuse of majority rule.” Or as R.A. Humphreys summarized, our Founders “were concerned not to make America safe for democracy, but to make democracy safe for America.” Returning to Morley:

It was to emphasize the importance of these individual immunities that the Bill of Rights was immediately added to the original Constitution and that the power reserved to the States were intended to include, in Madison’s words, “all the objects which, in the ordinary course of affairs, concern the lives, liberties and properties of the people.”

The nature of the Bill of Rights illustrates the importance of limiting the ability of the national government, however democratic, to infringe on the rights of minorities. It did not involve “positive” rights to receive things without an obligation to earn them, because for government to create new positive rights, extracting the resources to pay for them necessarily takes away others’ inalienable rights (called theft except when the government does it).

The Bill of Rights focused on defending “negative” rights–prohibitions laid out against others, especially the government, to prevent unwanted intrusions, in what Justice Hugo Black described as the “Thou Shalt Nots.” Even its central positive right–to a jury trial–is largely there to defend individuals’ negative rights against being railroaded by the far greater power of the government. And the Ninth and Tenth Amendments leave no doubt that all rights not expressly delegated to Washington are retained by the people or the states. According to Morley:

A strongly centralized government is always likely to deprive men of the freedom which…should be their birthright.

Thomas Jefferson may have put this best when he said that “The right of self-government does not comprehend the government of others” and that “the minority possess their equal rights, which equal laws must protect, and to violate would be oppression.” That would not be “that liberty…for the preservation of which our government has been charged.” Building on this, Morley wrote:

A federal system is by its very nature out of key with the domination of any “general will” expressed in terms of national majorities or centralized interpretation…diffusion of power is the essence.

A central problem with democratic determination of where government resources will go is that government has no resources of its own; only those first taken from citizens. Therefore, a majority’s largesse to its favorites is limited by how much harm the government can impose on its involuntary “donors.” And federalism sharply limits that abuse, by allowing “voting with your feet.” A jurisdiction can’t “milk” you for more than the cost citizens would bear by leaving to go elsewhere. This option to leave unattractive situations for ones better suited to them is a central protection of citizens against government abuse.

In Alexis de Tocqueville’s Democracy in America, it was participation at the local level that he was struck by, not democracy at a national level. As Henry Steele Commager noted, “Tocqueville regarded centralization as the most dangerous of all the threats to liberty.” And his rejection of the efficacy of concentrating power at the national level in America is strikingly at variance with what we experience from government today:

The partisans of centralization…maintain that the government can administer the affairs of each locality better than the citizens can do it for themselves…But I deny that it is so when the people are as enlightened, as awake to their interest, and as accustomed to reflect on them as the Americans are…in this case the collective strength of the citizens will always conduce more to the public welfare than the authority of the government.

The Federal Constitution…disavowed beforehand the habitual use of compulsion in enforcing the decisions of the majority.

Power in American life has been increasingly taken from individuals and local self-government, to be increasingly centralized in the federal government. Federalizing everything, including plainly private and local choices, has not benefited nor unified America, as clearly indicated by the increasing intensity of the battles to control what is to be imposed on everyone. We need to resurrect the federalism of the Constitution again, leaving people to make their own decisions outside of those very few areas where their choices must necessarily be in common. Morley saw this clearly:

The value of federalism, in preventing the prostitution of freedom, becomes more clear…the founding fathers put restraints on government so that the governed might be free.

If America is to reestablish federalism and the liberties it protects, Felix Morley’s Freedom and Federalism is a great place to begin. As its cover summarized, “A government of free men is like a strong-standing arch. The solid stones of which it is built is called freedom. Neither the building blocks of individual liberty nor the arch of freedom will stand secure without the keystone of federalism. It is federalism that holds up the arch. It is federalism that makes possible the preservation of both liberty and freedom.” That is why lovers of liberty and freedom—self-ownership and solely voluntary arrangements, over as wide a canvas as possible—need to rediscover the force of federalism in resisting the ever-growing reach of centralized political determination, which is tyranny, even if it is tyranny of the majority. Finally, according to Morley:

This article, The Value of Federalism for Our Freedom, was originally published by the American Institute for Economic Research and appears here with permission. Please support their efforts.