The Year of Corporate Discontent 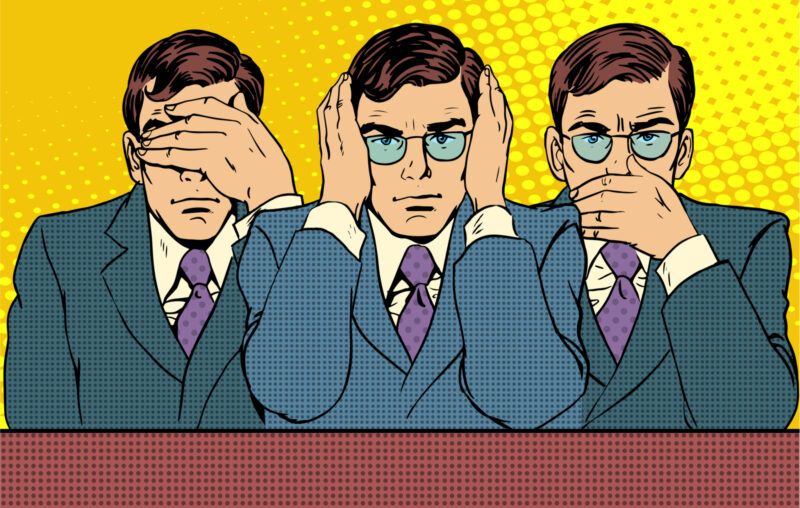 If you thought things were crazy on the corporate scene over the last few years, you should check out what happened in 1970. It is the stuff of blockbuster books and movies.

The context was a war in which peasants bearing AK-47s backing an authoritarian regime humiliated America. The main difference between then and now was that the peasants then didn’t have much in the way of facial hair and were communists instead of Islamists. The American military savaged the poor suckers with massive aerial bombing campaigns and devastating napalm raids. By the late 1960s, many Americans vigorously protested the war and the way it was being prosecuted.

Most readers will know about the most (in)famous examples of civil disobedience, like burning draft cards and Kent State (4 May 1970). But the efforts of antiwar activists to disrupt the annual meetings of America’s biggest corporations is little remembered or understood. The incidents, though, are potentially instructive for understanding why some corporations today seem to go out of their way to appease certain social movements.

Per the Shareholder Proposal nee Town Hall Rule (Securities and Exchange Commission [SEC] Rule 14a-8), qualified stockholders have the right to submit proposals to corporations for inclusion in annual meeting proxy (voting) materials. Since the rule’s inception during the reign of Franklin D. Roosevelt, management could lawfully exclude proposals related to routine business matters or general social issues. The boundaries of those exclusions were, however, always unclear and often hinged on whether SEC staffers would offer management a “no action” letter or not.

Judges finally interceded in the increasingly arbitrary process in 1970 when the U.S. Circuit Court of Appeals for the District of Columbia sided with the Medical Committee for Human Rights (MCHR), a Dow stockholder, against Dow, the manufacturer of the napalm used in incendiary weapons, and the SEC. MCHR’s proposal was excluded from Dow’s proxy statement with an SEC “no action letter” blessing because the proposal cited financial but also humanitarian concerns regarding the public backlash against napalm use in Vietnam. Napalm continued to rain from the sky anyway (the infamous naked napalm girl picture was taken in 1972), but the court’s decision opened the floodgates to socially-motivated stockholder proposals. (For details, see Lauren Talner, The Origins of Shareholder Activism. Investor Responsibility Research Center, 1983).

Aided by Charles Pillsbury, grandson of the founder of the Pillsbury flour company, Project Honeywell went after Honeywell because it produced devastating anti-personnel weapons. The Project first tried to acquire a list of Honeywell stockholders so Pillsbury could solicit them directly. After that effort failed, more than 1,000 demonstrators stormed the entrance to Honeywell’s 1970 annual meeting. About 300, many stripped to the waist and covered in white and red paint, used beer bottles to break windows and outflank the 60 police officers on hand. The meeting lasted just ten minutes.

Emboldened, activist stockholders and demonstrators also disrupted the 1970 annual meetings of AT&T, Boeing, Gulf Oil, Olin, and United Aircraft. A pungent stink bomb so disrupted Gulf’s meeting that to justify the irregular proceedings the board’s flustered chairman announced that the meeting did not matter anyway as management controlled enough proxies to reelect the board and put down any stockholder proposals.

Ralph Nader’s Campaign GM also got underway in 1970 but was relatively staid compared to the attacks on Honeywell and Gulf. Aided by Georgetown University law professor Donald E. Schwartz’s Project on Corporate Responsibility, Campaign GM sought to make large corporations more responsible to the people that their decisions allegedly affected and chose GM more due to its iconic status than any of its specific policies or products. That, combined with the nine general proposals it set forth, six of which related to generic business decisions, placed its agenda outside the scope of the Town Hall Rule. Or so GM argued in the 380-page exclusion rationale letter it sent to the SEC.

After a counterattack by Schwartz and internal bickering, the SEC decided that two of Campaign GM’s nine proposals should be included in the company’s 1970 proxy materials. Both sides advertised their views and finangled for positive publicity as if in a proxy battle for control of the board of directors. GM’s annual meeting was attended by 3,000 people but remained peaceful despite lasting six-and-a-half hours as Campaign GMers and their allies peppered the board with questions ranging from Apartheid to pollution (the nasty stuff automobiles spewed back then, not carbon as “the” science then held that a new ice age was as likely as global warming).

Although some agenda-driven institutional investors, mostly liberal arts colleges, voted with Nader and company, management defeated Campaign GM’s proposals so soundly that they did not reach the three percent threshold required for their resubmission to the company’s 1971 stockholder’s meeting. Nevertheless, activist shareholders saw Campaign GM as a success because of the publicity the meeting generated for their social causes.

Moreover, activists learned that many large institutional holders not only gave GM management their proxies but also an earful about how important it was for the long-term health of the corporation to engage with stakeholders when they voiced legitimate concerns. Over the years, GM quietly implemented many of the Campaign’s ideas, including adding a Black director to its board and commissioning a study about the environmental impacts of its cars.

The SEC was so shaken by the events of 1970 that it considered doing away with the Town Hall Rule and presumably stockholder meetings altogether before dramatically revising the rules in 1976, and again in 1983, to reduce what it called “abuses” of the system by “some” stockholders.

Corporations learned in 1970 that they could no longer afford to brush off stockholders or general public opinion for that matter. They began to bargain with stockholders and other stakeholders instead of stonewalling them. Some managers, though, have become too conciliatory, arousing the wrath of stockholders more interested in the bottom than the party line. Look for corporate charitable and political donations to be lightening rods around which disgruntled shareholders will rally in the coming years.

And, yes, I would have written about the 1970 stockholder meeting disruptions around their 50th anniversary last year but the Covid crisis seemed more salient. Now the two, though, are increasingly intertwined as corporate leaders try to thread the needle with Covid policies designed not to peeve off customers, employees, stockholders, or regulators badly enough to spur them to action. If only they would use their tremendous resources to educate the public about the actual state of Covid science!

This article, The Year of Corporate Discontent, was originally published by the American Institute for Economic Research and appears here with permission. Please support their efforts.