The Year of the Strong Dollar 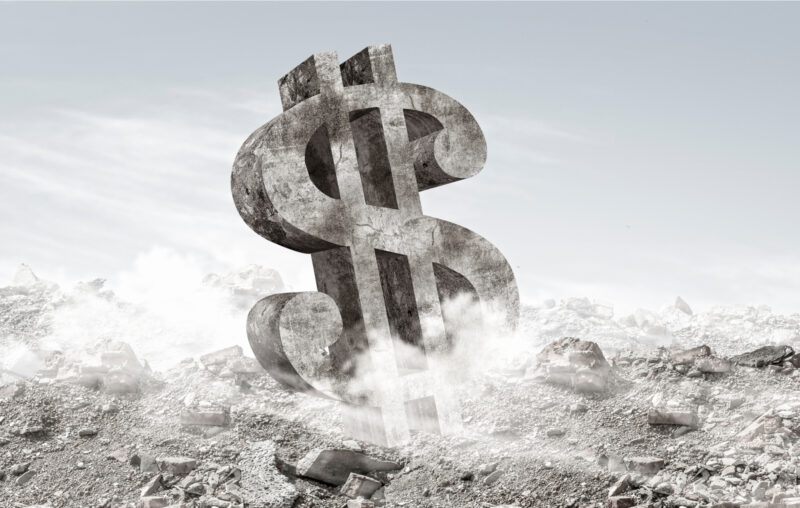 There are plenty of reasons to be concerned about the U.S. dollar’s longer-run outlook as the world’s dominant international reserve currency. Never before in peacetime has the U.S. run as large a budget deficit and had as high a public debt level as it has today. Never, too before has the Federal Reserve so quickly printed as much money as it is doing today as reflected by the $5 trillion increase in the size of its balance sheet over the past eighteen months.

Having said that, however, there are a number of very good reasons to think the U.S. dollar will go from strength to strength this year, despite a further widening in the country’s trade deficit.

Among the immediate reasons for dollar optimism is the fact that among the world’s major economies, the U.S. has experienced the fastest economic recovery from the pandemic and has the highest inflation rate. This heightens chances that the Fed will soon be forced to start a more aggressive interest rate hiking cycle than that of its economic partners. It will do so to at least restore interest rates to positive levels in inflation-adjusted terms. As has occurred many times before, higher interest rates in the U.S. than in its main economic partners will attract capital flows from abroad.

Yet another reason for short-term dollar optimism is that both Europe and China, the dollar’s two main rivals for international reserve currency status, have deep-seated problems of their own.

In the wake of the pandemic, important counties in the Eurozone’s economic periphery, like Italy and Portugal, have more troubling public finances today than they did on the eve of the 2010 Eurozone sovereign debt crisis. That will make it difficult for the European Central bank to turn off its monetary policy spigot or to raise interest rates for fear of triggering another round of the Eurozone debt crisis.

Acute problems in the Chinese economy’s property sector, as underlined by Evergrande’s inability to repay its creditors, suggest China’s property and credit-led economic model might have run out of steam. President Xi’s clampdown on the country’s technology sector is also likely to be a significant drag on economic growth. This is likely to require an easy monetary policy response that will further reduce China’s attractiveness to foreign capital inflows.

Perhaps the main reason for dollar bullishness in 2022 is the considerable likelihood that the world’s “everything” asset price and credit market bubble will burst once the Fed starts raising interest rates in earnest. When that occurs, no longer will markets be able to justify today’s stratospheric equity and housing market valuations on the assumption that today’s ultra-low interest rates will last forever. With U.S. inflation already at a 40-year high and with the Omicron surge now likely to delay the repair of the global supply chain and to exacerbate labor market shortages, one would think that we cannot be far off from a meaningful Fed interest rate hike cycle.

All of this is not to suggest that U.S. policymakers should refrain from making an early start to correcting the country’s large public finances as the means to secure the dollar’s longer-run prospects as the world’s premier international currency. Indeed, the urgency of this task is likely to be heightened by a further widening in the country’s trade deficit in 2022 as the consequence of a stronger dollar and the relative strength of the U.S. economy.

This article, The Year of the Strong Dollar, was originally published by the American Institute for Economic Research and appears here with permission. Please support their efforts.