There Ought To Be a Law, or at Least a Regulation. 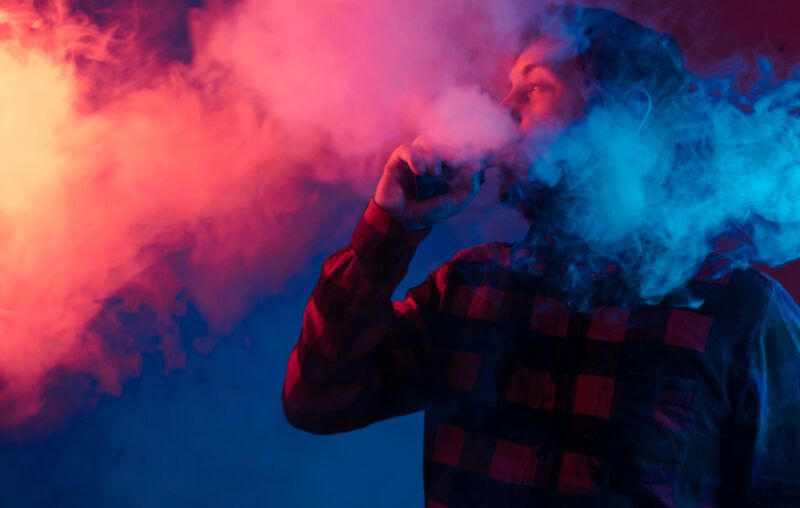 The Biden Administration, under the auspices of the U.S. Food and Drug Administration (FDA), announced plans to force cigarette makers to reduce the amount of nicotine in their products by as much as 90 percent. The FDA also announced Juul, manufacturer of nicotine-based e-cigarettes, would no longer be allowed to sell products in the U.S. Another pending FDA rule would outlaw menthol cigarettes, preferred by 40 percent of smokers.

In doing so, the Biden Administration, which was elected partly on promises to reform our broken criminal justice system, limit the War on Drugs, and lesson the discriminatory impact of federal policy on minority communities, would criminalize more Americans, open a new theatre in the War on Drugs, and ensure disparate impacts for decades to come.

The legacy of prohibition in this nation has taught dark, stark lessons about how humans behave. The only ones who don’t seem to learn those lessons are the regulators, who in their unconstrained vision of the malleability of human nature, fancy themselves able to force others to live as they wish. The lessons of prohibition have proven a thousand times over that people, in general, act according to their own preferences, and attempts to shape human behavior from outside lead to foreseen – but often totally foreseeable – outcomes.

Prohibition doesn’t stop people who want drugs from getting drugs. People have been altering their consciousness and perceptions with substances for thousands of years. Because of how people react to such bans (by going around them, not by giving up the banned thing), prohibition makes getting drugs more dangerous, and makes the drugs themselves more dangerous.

Take, for the moment, the proposed reduction in the nicotine of each cigarette sold. Cigarettes are a delivery system for nicotine, which occurs naturally in tobacco leaves. Nicotine does not, in itself, cause cancer or serious disease, but nicotine is the reason people light up. Within ten seconds of lighting up a cigarette, nicotine is delivered to the brain, producing the immediate physiological effects of cigarettes: improved mood and concentration, decreased agitation and stress, less muscle tension and hunger. For habitual smokers, smoking primarily serves to reduce the symptoms of nicotine withdrawal, making nicotine especially addictive.

But cigarettes are only one method for providing nicotine to the brain. They are a common, well-established, but especially dangerous and dirty method. Most of the cancer- and disease-causing properties of cigarettes come from the tar, gunk from burning leaves, and additives — not from the nicotine itself. Gums, patches, and vaporizing devices for delivering nicotine have entered the market in recent years, and are credited with helping many smokers kick the more toxic cigarette habit. For at least a significant portion of smokers, it’s the nicotine, and not the experience of smoking they want.

Since nicotine, and nicotine addiction, drives cigarette smoking, it might seem natural that reducing the addictive chemical might reduce the drive to smoke. Some studies have shown the first 1-2 drags on a cigarette may produce enough nicotine to address withdrawal, and the rest of the cigarette can effectively be tossed out. But for people with an established habit, the most likely outcome is that they will smoke more cigarettes, consuming more of the disease-causing smoke to obtain similar levels of nicotine. This does not require great human empathy or even medical studies to deduce. All we need is just a little common sense.

The Iron Law of Prohibition

Picture a large college football stadium on game day. For a quarter mile in every direction there are tents and tailgate parties, everyone enjoying the day outside. In those picnic coolers, you’re most likely to find beer (4-7 percent alcohol by volume), hard seltzers and spiked lemonades (4-10 percent ABV), and wine (8-11 percent ABV). Inside the stadium, beer costs at least four times more than those being iced down in the parking lot. Many people attempt to smuggle “outside beverages” through security to continue their enjoyment indoors at a discount. Overwhelmingly, those outside beer drinkers smuggle in whiskey and vodka. If your priority is to have a product but not get caught with it, you want the most intoxicating effect for the lowest amount of volume, because the smaller container is easier to hide. During alcohol prohibition, bootleggers overwhelmingly smuggled hard liquor, because the risk was high and margins on liquor were higher.

This phenomenon is known as the Iron Law of Prohibition: Prohibition of something creates incentives to increase the potency of the product for sale in the black market. Richard Cowan traced a similar arc in an article evocatively titled “How The Narcs Create Crack.”  He summarized his Iron Law this way: “The harder the enforcement, the harder the drugs.”

What, then, is the most likely result of the FDA’s mandate for low-nicotine cigarettes? Requiring that all commercially sold cigarettes be made low-nicotine encourages not only a black market in full-strength products, but a direct incentive for someone to manufacture super-charged cigarettes: the whiskey to cigarettes’ beer. That allows you to charge a higher price for each cigarette (reducing the risk of high volume smuggling) but also engineers a maximally addictive, super-high-concentration cigarette that isn’t even on the market yet – but will be, as a result of attempts to reduce smoking.

Just Another War on Drugs

A similar phenomenon will result from the ban on Juul products, which provide a far-lower-risk delivery system for nicotine than cigarettes. Among all Americans, by far the most likely to use e-cigarettes (of any kind, not just Juul) were adults who had stopped smoking cigarettes in the past year. There are significant health risks associated with vaping, but they are far, far lower than with cigarettes – as much as 90 percent safer than smoking. By removing one of the most popular, and most regulated, cigarette substitutes from the market, the FDA will cause at least some of these recent victorious quitters back to their cigarettes.

For high schoolers in most states, cigarettes have been illegal for the past century, with the minimum age to purchase fluctuating between 21 years in the 1920s, down to 16 in 1980, 18 by 1993, and back up to 21 today. During that time, teen cigarette use has steadily declined, but has never been zero. Simply banning the purchase of an item does not stop its use. Likewise, banning e-cigarette use by teens has not stopped the devices from reaching kids. When there have been significant spikes in acute illness or injury by vaping devices, as in 2019-2020, those tragedies were linked not to transparent legal markets, but to additives in black market THC cartridges. Getting around the law made the product more dangerous.

Illicit cigarette smuggling is already big business in the United States, with consistent demand by 30 million American smokers creating ample financial incentives for international trade and tax evasion. As many as half of cigarettes sold in New York and California are “smuggled” to avoid high sales taxes. Organized criminal networks are eagerly expanding into vaping products. Soon they may find special opportunities in menthol products.

The greatest mistake of the War on Drugs has been criminalizing products, behaviors, and people who would be better helped by appropriate health services, either to quit or to minimize the harms of use.

People who fall into harmful spirals of addiction do so for a variety of physiological, psychological, social, and societal reasons, and very few of them will be dissuaded by well-intentioned barriers. In fact, more of them will suffer not just bad health outcomes, but criminalization, destitution, and even death, because of meddling nanny-state prohibitionists who believe human nature can be overcome, or re-engineered by policy.

Regulators seem to realize, even as they cut an e-cigarette company out of the market and impose strict ceilings on nicotine in cigarettes, that they cannot just ban cigarettes completely.

This is partly due to the tobacco lobby, one of the largest and most effective special interests in modern politics. And it is partly due to governments’ reliance on revenue collected from cigarette taxes.

We might speculate that regulators also know a blanket ban is impossible – that the 30 million Americans who currently smoke would not cease to be addicted with the stroke of a pen. The supply and usage of cannabis, cocaine, and even heroin have not been notably curtailed by strict prohibitions on those products, even with much higher social stigma and criminal penalties than are likely for nicotine products.

Regulators might even realize that increasing the size of the smuggling market (making effectively all cigarettes currently sold in the US into black market products) would attract more illicit traders, and as seen in prohibition eras before, generate violence over shares of the lucrative illicit trade.

But the FDA’s behavior does not indicate they have learned these lessons. They seem unable to anticipate even the most basic unintended consequences of meddling with human motivation and attempting to interrupt individual incentives.

When the busybodies at the FDA picture the impacts of their new regulations, they imagine that these interventions will save lives, reduce health consequences, and protect Americans. They imagine only the results they want, not the way people actually behave.

They imagine the adult smoker putting his last cigarette in the ashtray, ignoring how many smokers have tried to quit for reasons of their own; and they imagine the brilliant white smiles of millions of kids who never become addicted.

What they should be picturing is prisoners rolling up nicotine patches with tea leaves and paper, them smoking them. They should think of teenagers hospitalized by additives in black-market vaping cartridges, bought because regulated products were inaccessible or too expensive. They should foresee shootouts on speedboats smuggling a product available in convenience stores today.

And they should remember Eric Garner, face down on a New York City sidewalk, slowly being suffocated by a police officer for selling loose cigarettes, circumventing a per-pack tax aimed at reducing smoking.

Prohibition, because it fails to account for human motivation and incentives, backfires every single time.

This article, There Ought To Be a Law, or at Least a Regulation., was originally published by the American Institute for Economic Research and appears here with permission. Please support their efforts. 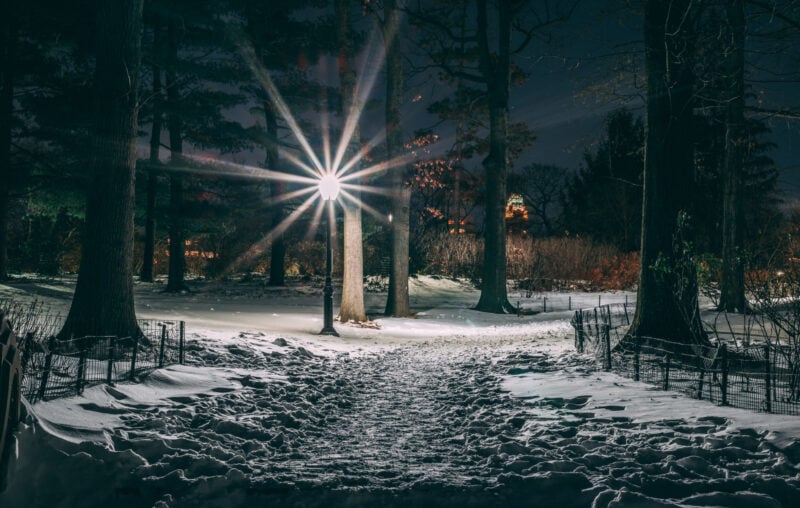