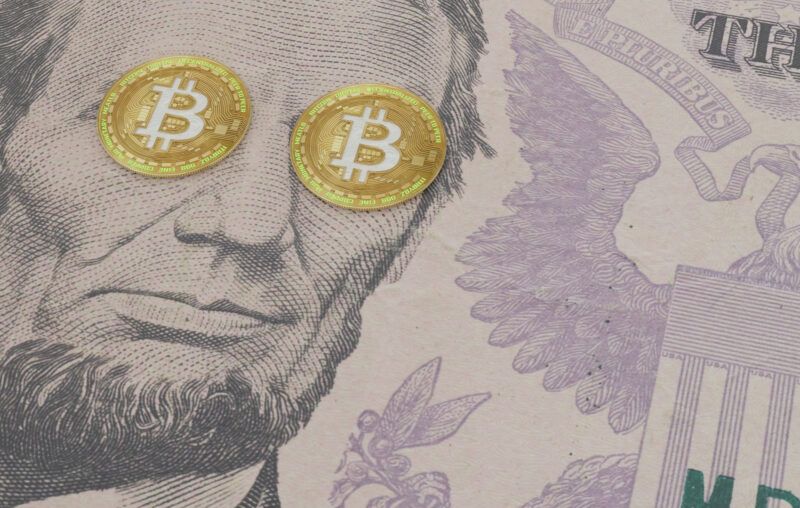 Building a bridge is costly: It takes labor and machinery and raw materials that have alternative uses. Does it follow that building it is a waste? No. Waste occurs when the cost incurred exceeds the benefit attained. Cost greater than zero does not imply cost greater than benefit. Does it follow that the bridge is worth building? No again. A bridge to nowhere might be built even though it is wasteful, if the few beneficiaries don’t bear the costs themselves. To know whether a particular bridge is worth building we need to compare benefit to cost.

To count benefits and costs, we observe market prices and transaction quantities. None of us has access to a god-like perspective. Consequently, for normal private goods where costs and benefits fall on producers and consumers, economists normally defer to the judgments of the market participants who actually bear the costs about whether the benefits of an activity exceed its costs. Buyers presumably value a good more than the price they pay, or they wouldn’t buy, and producers incur average costs that are less than that price, or they would exit the industry. In the case of Bitcoin, the electricity bills for proof of work are ultimately paid by Bitcoin users, just as costs of production for bread and milk are borne by buyers of bread and milk. Bitcoin users pay directly when they pay blockchain fees, and indirectly when new Bitcoin is awarded to miners, enlarging the stock of Bitcoin and diluting the purchasing power per unit compared to what it would have been with a constant stock.

Bitcoin proponents sometimes emphasize that Bitcoin mining operations are able to locate wherever electricity can be produced at least cost, such as natural gas fields where excess gas would otherwise be burned off, or remote hydroelectric plants with few alternative consumers (Goyal 2021). And Bitcoin miners plugged into a regular electricity grid will shut down quickly to free electricity for other users during times of peak load that push the price per kilowatt-hour above the miners’ break-even point. These abilities reduce the opportunity cost of Bitcoin’s electricity use compared to the counterfactual of using only high-cost electricity. But it does not make the cost zero or turn it into a benefit.

Proponents applaud the fact that the Bitcoin mining industry draws a higher proportion of its electricity from renewable or sustainable or non-polluting sources than other industries. But using electricity from those sources of electricity is still a cost and not a benefit of Bitcoin. Green energy is still costly-to-generate energy.

When Bitcoin mining helps to finance expenditure on materials and labor to build new electricity generating facilities, or on repairs and maintenance crews to bring old facilities back into operation (Murillo 2022), that is not a benefit that Bitcoin provides by comparison to cryptoassets that use less energy. It is a cost. Building or refitting power plants is a costly use of labor and material resources, even if the new facilities burn no fossil fuel and emit no carbon.

European Central Bank economists Ulrich Bindseil, Patrick Papsdorf, and Jürgen Schaaf (hereafter BPS) (2022, p. 4), labeling Bitcoin an “encrypted threat,” have written that because “the Bitcoin network comes with a large energy hunger due to its reliance on proof-of-work” it therefore “wastes power.” But it is a non sequitur to leap to that conclusion without considering its benefits. It doesn’t follow even when stated in a comparative fashion, as when they suggest that Bitcoin is wasteful because the proof-of-work method of processing transactions uses more energy per transaction than alternative methods like proof-of-stake or like the status quo banking system. To avoid rushing prematurely to judgments like these we need to consider the benefits that can be attributed to the proof-of-work protocol. To say that the proof-of-work method is wasteful simply because it uses more energy is to suppose that it provides zero benefits (no greater privacy, no greater security, no greater credibility of the release schedule) over a payment system run by proof-of-stake or on a single central ledger. But the assumption of zero benefits is inconsistent with the observation that some users prefer proof-of-work systems.

The default presumption of modern Paretian welfare economics is that under the force of free competition the market for a private good like Bitcoin (or any other cryptoasset) operates efficiently. Mutual gains from trade are found and realized. To rebut that presumption, a benevolent would-be increaser of net social benefits needs to meet a burden of proof. To warrant restrictions on mutually beneficial trades, evidence is necessary to show that Bitcoin production is harming third parties in ways that violate their property rights or, as BPS (p. 2) have put it, that Bitcoin imposes significant negative externalities.

The fact that the Bitcoin network uses electricity does not provide the requisite evidence. Hospitals use electricity, as do school buses and airplanes. Virtually every industry uses electricity to produce its output. Bitcoin is not exceptional in that regard. It is true that, at the margin, Bitcoin’s demand for electricity contributes to total demand and thereby to determining the price of electricity. The greater is Bitcoin’s electricity use, the higher is the price of electricity. But that, too, is equally true for every other electric-power-using industry. The spillover effect of additional electricity demand on the price of electricity is, in technical economic terms, merely a pecuniary externality, not a technological externality. As such, it is not a source of inefficiency. Price changes are necessary for any market to regain efficiency in the face of supply or demand shifts. Price changes do not interfere with anyone’s use and enjoyment of his property. They are not the kind of Pareto-relevant externality we should worry about.

An understandable concern about electricity use, from any industry, is that additional electricity generation generates significant negative externalities in the form of additional carbon dioxide and other emissions. BPS ask whether negative externalities of energy consumption “are really priced in through adequate taxes.” The remedy for carbon pollution that the authors suggest is a tax on carbon emissions. If it were known what the economic costs of marginal carbon emissions are, then an appropriately sized tax on carbon would internalize the externality by bringing the costs to bear on energy producers. But note that the tax envisioned would be a tax on electricity producers according to their carbon emissions. It would not be a tax on, and certainly not a case for banning or restricting, any particular energy-using activity. Because the appropriate level of a carbon tax is orthogonal to the mix of energy uses, it has nothing to do with Bitcoin as such.

Critics who declare that Bitcoin is “worthless,” despite users’ willingness to pay for it, signal that they disregard consumers’ valuations, and arbitrarily invoke their own personal valuations—just as they would if they declared that hospitals, school buses, or airplanes are worthless. Sometimes the invocation of the critic’s personal preferences is clear, as for example in the argument that there are no social benefits to offset its costs, only transfers, because Bitcoin is merely a “gambling game.” Absent fraud, people who freely choose to gamble at casinos or participate in lotteries benefit in their own estimation in the sense that they chose gambling over other forms of entertainment. Likewise Bitcoin gamblers.

Of course, many Bitcoin investors don’t think that the odds of coming out ahead are stacked against them the way like the odds in casino games and lotteries, but on the contrary are in their favor. Their risk-taking attitude is like that of an optimistic investor who thinks that a particular stock is likely to outperform the market. They think that there’s a good chance that the purchasing power of Bitcoin will continue to rise as the (hoped-for) medium-of-exchange use of Bitcoin spreads, perhaps to the point of Bitcoin becoming the world’s dominant currency. They may be overestimating the likelihood of that outcome (my own view is that the volatility of Bitcoin’s purchasing power makes its widespread use as a medium of exchange very unlikely), but in a free economy we leave such risk-taking to the investors who bear the gains and losses.

At the pessimistic end of the spectrum, BPS (p. 2) forecast that the use and the price of Bitcoin will collapse, and that as a result “the net welfare effects of Bitcoin over its life cycle will have been significantly negative.” Their forecast clearly clashes with the forecasts of Bitcoin holders, not to mention the forecasts of venture capitalists and entrepreneurs who are investing large sums in ancillary products to facilitate Bitcoin use. None of us yet knows what the future transaction use and price will be. Meanwhile, the Efficient Markets Hypothesis suggests that the best point estimate of the discounted future price of Bitcoin is the current price.

If it were true that Bitcoin is eventually unsustainable and will not persist, and will not have generated value for society apart from temporary hopes of speculative gains which eventually are disappointed, then these private costs will however have represented a net loss for society.

In the event that the value of Bitcoin goes to zero, investors would give back the gains they enjoyed during Bitcoin’s rise from zero to its peak. The episode would represent a net loss for society in the sense that the costs of labor and machines and electricity used would not be offset by any gain to third parties. But this is true of every investment project on earth. The failure of any particular firm, or even an industry, wiping out the equity of shareholders and the value of some specific physical and human capital, does not abridge property rights or impoverish those who avoided investing in or working for it. In a free economy, we therefore let entrepreneurs take risks. In cases where they succeed, by the same logic, the gains are net social gains. Society as a whole benefits from the superior economic growth of an economic system where entrepreneurs are free to innovate and free to fail.

By the way, to say that Bitcoin “will not have generated value for society apart from temporary hopes of speculative gains” is to ignore the fact that Bitcoin is not just a gambling game. It generates value in a second way, by providing an alternative payment rail for transactions or donations that need to route around a censorious central bank to reach government-disfavored recipients. To view such transactions as problematic, as a cost rather than a benefit, would be to view things like a state advocate rather than like a consumer advocate.

This article, Thinking Straight about Bitcoin’s Social Costs and Benefits, was originally published by the American Institute for Economic Research and appears here with permission. Please support their efforts.