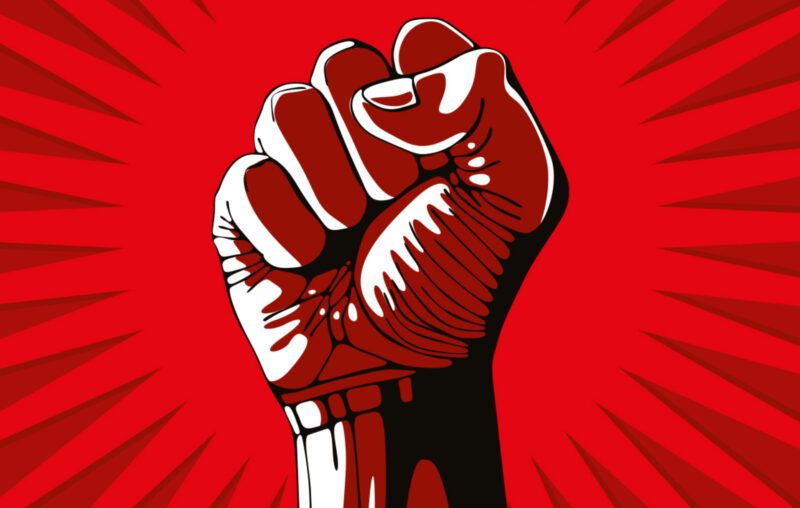 French economist Thomas Piketty became internationally famous with the publication in 2014 of his book Capital in the 21st Century. Leftists eagerly embraced it, since it purported to prove that the gap between the rich and the poor would continue to widen (indeed, accelerate) unless governmental policies to redistribute income were ratcheted up. Much as “progressives” lauded the book, observers on the free-market side found it to be much ado about nothing – merely a warmed over version of Marx’s immiseration theory that the rich must grow richer and the poor poorer.

At the time, I offered my two cents worth, in a Forbes column, “Piketty’s Book – Just Another Excuse for Legal Plunder And Expanding The State.” I argued that abstruse economic theorizing was a smokescreen for Piketty’s philosophical goal of using government to transfer wealth from some people to others. “Such redistribution,” I wrote, “inevitably opens a Pandora’s Box of social and political harms. Once government begins taxing people just for the sake of leveling, many will redirect their energies away from peaceful production, cooperation, and trade, and into lobbying, bribery, or worse, in efforts to induce officials to throw some of the confiscated wealth their way.”

Contrary to Piketty’s view, the bigger government gets, the more it tilts the playing field in favor of people and organizations with the wealth and savvy to manipulate it for their ends. (Readers who want to sample more of the voluminous criticism of Piketty’s work could consult the 2017 book Anti-Piketty.)

But Monsieur Piketty knows a good thing when he sees it and has recently published a new book, Time for Socialism. It is a collection of his columns for the widely-read French paper Le Monde published between 2016 and 2020. Its subtitle is Dispatches from a World on Fire and the fire can only be put out by more government control. Readers are given Piketty’s unerringly “progressive” views on a wide array of topics.

His big bête-noire remains inequality around the world. That’s fine. Wanting to alleviate poverty among the very poor is commendable. What he can’t or won’t acknowledge is that such poverty has been rapidly falling, as some of the nations with the lowest standards of living have moved away from command economies and towards market economies that allow for more entrepreneurship. But Piketty won’t allow that to derail his egalitarian obsession, pointing out, “The poorest 50% of the population is still the poorest 50% of the population.”

That, of course, must always be true. The question (at least for most people) is whether dire poverty is alleviated more with the kinds of dirigiste policies he likes or by economic liberalization. Unfortunately, Piketty doesn’t want to venture into that controversy. Instead, he casts inequality per se as the paramount issue that nations must confront. Thus, in his view, even if liberalism leads to economic betterment for the poor, that doesn’t settle the matter; liberalism enables some people to get rich faster than others and to Piketty that’s intolerable.

Consider his case for “greening” the world’s economy. He accepts the case for radical environmentalism and concedes that it would make life harder for many poor people. Do those people want such “greening” or would they prefer a higher standard of living? Piketty doesn’t actually know how they’d respond, but assumes that they are as driven by egalitarianism as he is, writing, “the considerable adjustment in lifestyles to deal with global warming will only be acceptable if a fair distribution of the effort is guaranteed. If the rich continue to pollute the planet with their SUVs and their yachts registered in Malta…then why should the poor accept the carbon tax, which is likely to be inevitable?”

In other words, the harm to the poor will be acceptable provided that the rich take more of a lifestyle hit. Acceptable to him, anyway.

Piketty also stakes out a position in opposition to local autonomy since it could interfere with his obsession with using central government policies to combat inequality. He criticizes a law in Spain that allows regions within the country to decide on tax rates. That upsets him because it “challenges the very idea of solidarity within the country and comes down to playing the regions against one another, which is particularly problematic when the issue is one of income tax, as this is supposed to enable the reduction of inequalities between the richest and the poorest….”

That perfectly exemplifies the philosophy of “progressives,” that freedom must be subordinated to their overriding concerns for equality. What if more rapid economic development catalyzed by lower taxes appeals to most of the people? Well, they can’t have that if elite intellectuals have decided that equality within the nation is more important. That same point of view would, of course, mean that world government should stamp out national tax competition. Piketty’s view leads to the frightful prospect of world government relentlessly pursuing egalitarian goals and crushing liberty.

Should people who start and run businesses be allowed to operate them as they see fit? Certainly not. Piketty has lots of directives for them to obey. Laws should require owners to “share” control with workers. Boards of directors should have to be composed of correct percentages of women and minority groups since another egalitarian fixation is on proper group representation. What if the workers want the company to act in shortsighted ways that will damage its long-term viability? What if the mandated board members know little about the business and get in the way of the entrepreneur who does? Too bad—we must be fair to all groups.

It doesn’t seem to occur to Piketty that under his “fairness” rules, there would be less investment and fewer people willing to undertake the hard and risky work of starting a business. He is adamant that “the sacrosanct mantra of the market and private property” must not block his vision of the good society, what Thomas Sowell calls “The vision of the anointed.”

The obvious problem is that Piketty has his own sacrosanct vision, one where a powerful central government orders people about so that they don’t interfere with the grand scheme of equality. Does he ever stop to consider how much poorer the world would be if there had never been an escape from the top-down social control of feudalism? After all, the feudal nobles had a vision of the good society, an orderly one where people did as they were told and accepted life was the way it was because it was divinely ordained.

I doubt that he does.

The world has always had a lot of Piketty-type people, which is to say, those who feel entitled to dictate how others must live in order that their concepts of social perfection might be realized. If we can ever break the bad habit of paying attention to them, we will be much better off.

This article, Thomas Piketty Strikes Again, was originally published by the American Institute for Economic Research and appears here with permission. Please support their efforts.

29% Of Americans Now Drawing From Their Savings “More Than Usual”, New Survey Shows