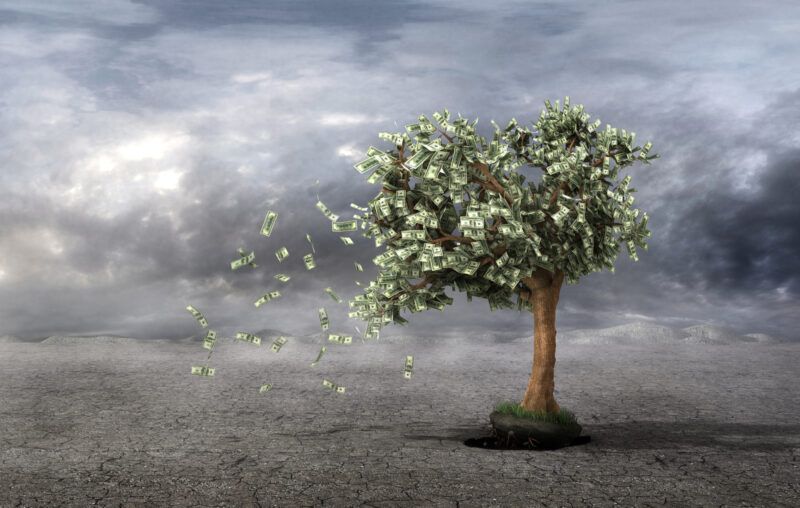 Editors Note: This article has been republished in light of President Biden’s Student Loan Relief announcement.

Given American voters’ penchant for delivering divided government, it might seem strange that Democrats were able to wrest control of the White House and both houses of Congress in the 2020 election. And while there will clearly be a power-sharing agreement in the Senate, the Democrats find themselves in an enviable position, one that they have used to great effect in the past.

The last time a Democratic President had majorities in both houses of Congress, we saw Barack Obama take control of the legislative agenda to push the Affordable Care Act through. The ACA passed with the vote of only one Republican, Ánh Quang “Joseph” Cao, in the House (though the Democrats didn’t need his vote), and without any Republican support in the Senate. Not often does one party dominate the political landscape such that it can pass legislation at will, but the few examples that exist provide a telling look at what a united government might be expected to yield in our own time.

We have seen a number of big-ticket pieces of legislation since 1935, laws that have changed the very fabric of American political life by empowering the federal government well beyond its constitutional limitations. In addition to the ACA in 2010, Social Security (1935) and Medicare (1965) were also implemented when Democrats had control of both the White House and Congress.

Given the results of the recent election, it should come as no surprise that we’re poised for the next big expansion: student debt forgiveness, a promise Joe Biden made frequently as he campaigned for the presidency. Like the big ideas that came before it, this idea will cost us more than we can afford from day one, and far more than its proponents will admit. Biden’s plan as currently envisioned would cost over $300 billion. But that’s just this year. The plan will set in motion unintended consequences that will doubtlessly persist for generations.

First, next year’s crop of new students will—understandably—demand that their loans be forgiven too. And so will those of the year after that, and so on. This program will quickly become a sort of college UBI, where the government just hands out $10,000 to every college student. Some argue that if this results in a better educated populace, then it’s worth the cost. But it won’t result in a better educated populace; it will result in a whole bunch of students majoring in things the market doesn’t value, and another batch simply taking a four-year vacation on the taxpayer’s dime. Heretofore, graduates knew they needed marketable skills in order to repay their college loans. But when student loans are forgiven as a matter of course, graduates bear no cost for wasting our collective resources by studying things the market doesn’t value, or by not studying at all.

Second, colleges and universities will respond to this new reality by raising tuition commensurately. Tuition and fees were a pretty constant 18 to 19 percent of family income from the 1960s until 1978. In 1965, the federal government started guaranteeing student loans. In 1973, Congress established Sallie Mae and charged it with providing subsidized students loans. And by 1978, tuition and fees had started a steady march to 45 percent of family income today. When the government makes it less painful for students to borrow, whether by guaranteeing, subsidizing, or forgiving loans, it takes away some of the pain of student borrowing, which makes it easier for colleges and universities to raise tuition.

Third, expect many taxpayers to cry foul. Homeowners will quite sensibly wonder why the government is not forgiving their mortgages. After all, student loans add up to about $1.4 trillion, while American mortgages total more than $16 trillion. If relieving students from the burden of their debts is a good idea, it should be an even better idea to relieve homeowners of theirs.

What about students who worked multiple jobs or attended less prestigious schools so they could avoid going into debt? Why aren’t they being rewarded? What about students who diligently paid off their debt and are now debt free? Will they receive nothing? What about, fantastically, people in the trades? Is it reasonable to charge people—via the higher taxes loan forgiveness will bring—who did not go to college to subsidize those who do? Regardless of the answers to these questions, implementing this plan will be fraught with difficulty.

In the end, there are three big winners in this scheme. Universities will be able to raise their prices even more, because students will, all of a sudden, have extra money to pay. Students who took on gargantuan levels of debt will be able to force their fellow citizens to pick up the tab. And finally, politicians will buy votes by appearing to be magnanimous with other people’s money.

The big losers are future students, who will see tuition spike yet again, working-class Americans who suddenly find themselves stuck paying for other people to go to college, and taxpayers in general who will be—as always—left holding the bag.

This article, Three Unintended Consequences of Student Loan ‘Forgiveness’, was originally published by the American Institute for Economic Research and appears here with permission. Please support their efforts.