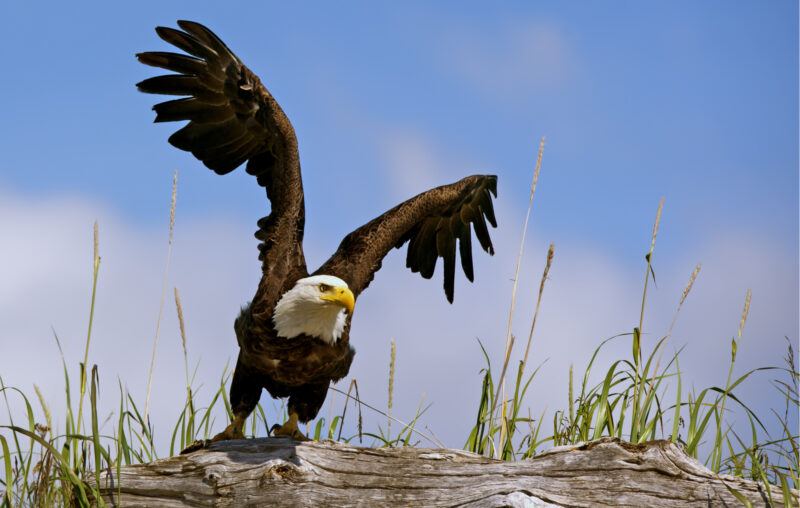 In 1831 the great Frenchman Alexis de Tocqueville visited America and in 1835 published the first volume of Democracy in America. Tocqueville offered a wonderful and memorable characterization of Americans in commercial life. The passage is worth reading and appears below; after it I remark on human character and our present times. (The text comes from pages 385-8 of the Mansfield & Winthrop edition, University of Chicago Press, 2000.)

At all times the Anglo-Americans have shown a decided taste for the sea. Independence, in breaking off the commercial bonds that united them to England, gave a new and powerful surge to the maritime genius. Since that period the number of vessels in the Union has increased in a progression almost as rapid as the number of its inhabitants. Today it is Americans themselves who carry home nine-tenths of the products from Europe. It is again Americans who bring three-quarters of the exports of the New World to consumers in Europe.

United States vessels fill the ports of the Le Havre and Liverpool. One sees only a few English or French bottoms in the port of New York…

This is readily explained: of all the vessels in the world, United States ships cross the seas most cheaply. As long as the United States merchant marine preserves this advantage over others, not only will it keep what it has conquered, but it will augment its conquests every day.

The problem of knowing why the Americans navigate at a lower price than other men is a difficult one to resolve: one is at first tempted to attribute this superiority to a few material advantages that nature has put within their sole reach: but that is not so.

American vessels are almost as dear to build as ours; they are not better constructed and generally do not last as long.

The wages of the American seaman are higher than those of the European seaman; what proves it is the great number of Europeans that one encounters in the merchant marine of the United States.

How is it, therefore, that Americans navigate more cheaply than we do?

I think that one would seek in vain the causes of this superiority in material advantages; it is due to purely intellectual and moral qualities…

The European navigator ventures on the seas only with prudence; he departs only when the weather invites him to; if an unforeseen accident comes upon him, he enters into port at night, he furls a part of his sails, and when he sees the ocean whiten at the approach of land, he slows his course and examines the sun.

The American neglects these precautions and braves these dangers. He departs while the tempest still roars; at night as in day he opens all his sails to the wind; while on the go, he repairs his ship, worn down by the storm, and when he finally approaches the end of this course, he continues to fly toward the shore as if he already perceived the port.

The American is often shipwrecked; but there is no navigator who crosses the seas as rapidly as he does. Doing the same things as another in less time, he can do them at less expense.

Before reaching the end of a voyage with a long course, the European navigator believes he ought to land several times on his way. He loses precious time in seeking a port for relaxation…

The American navigator leaves Boston to go to buy tea in China. He arrives at Canton, remains there a few days and comes back. In less than two years he has run over the entire circumference of the globe, and he has seen land only a single time. During a crossing of eight to ten months, he has drunk brackish water and lived on salted meat; he has struggled constantly against the sea, against illness, against boredom; but on his return he can sell the pound of tea for one penny less than the English merchant: the goal is attained.

In America, it sometimes happens that the same man plows his field, builds his dwelling, fashions his tools, makes his shoes, and weaves with his hands the coarse fabric that will cover him. This detracts from the perfection of industry, but serves powerfully to develop the intellect of the worker. There is nothing that tends more than the great division of labor to materialize man and to deny even the trace of a soul in his works. In a country like America, where specialists are so rare, one cannot require a long apprenticeship of each of those who embrace a profession. Americans therefore have a great facility in changing their status, and they take advantage of it according to the needs of the moment. One encounters some who have been successively attorneys, farmers, traders, evangelical ministers, doctors. If the American is less skillful than the European in each industry, there is almost none that is entirely foreign to him. His capacity is more general, the sphere of his intellect is more extensive. The inhabitant of the United States is therefore never stopped by any axiom of status; he escapes all the prejudices of profession; …he readily escapes from the empire that foreign habits would exercise over his mind, for he knows that his country resembles no other and that his situation is new in the world.

The American inhabits a land of prodigies, around him everything is constantly moving, and each movement seems to be progress. The idea of the new is therefore intimately bound in his mind to the idea of the better. Nowhere does he perceive any boundary that nature can have set to the efforts of man; in his eyes, what is not is what has not yet been attempted…

The same causes operating at the same time on all individuals in the end impress an irresistible impulse on the national character. The American taken randomly will therefore be a man ardent in his desires, enterprising, adventurous—above all, an innovator.

But some Americans still resemble Tocqueville’s description. And the description can inspire people to regain the “I can” spirit.

I mean people everywhere. Perhaps it is elsewhere, today, that one is more likely to see hungry souls—active, dedicated, but upholding the spirit of fair play and the rules of plain justice.

May we everywhere grow the “I can” spirit!

This article, Tocqueville’s Gumptious American, was originally published by the American Institute for Economic Research and appears here with permission. Please support their efforts.