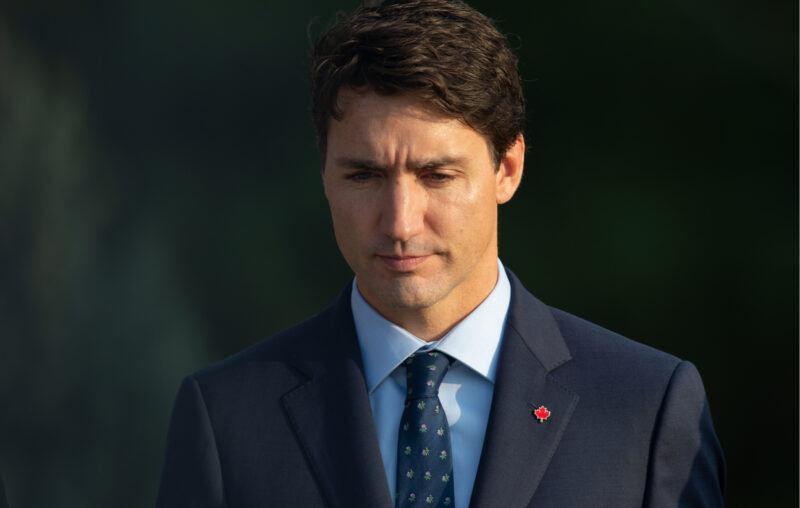 In the dying days of totalitarian rule in socialist Poland, messages from a pirate radio transmission started to spread among the people.

Of course, the regime forbade such transmissions, but the pirate transmitter took a chance. He had no idea how many people were listening to his dissident ideas until one night, he asked the people of Warsaw to switch a light off and on if they were listening.

Before you knew it, the entire city was blinking. This is just one example of how human freedom finds a way.

It would take time before the Solidarity Movement would purge Poland of their rulers, but the pirate transmitter and the blinking lights seeded the change.

Some speculate that Justin Trudeau is Fidel Castro’s bastard son. If he is, authoritarianism apparently runs in the genes.

The Canadian Prime Minister has shown how the corrupt and heavy-handed among us find their way to the top of any hierarchical control structure — even in our vaunted democratic republics. They will seize on any so-called “emergency” to grab power, suppress their enemies, and control the people through whacking sticks and waving carrots.

Despite the virus entering its endemic phase, the purported emergency had been Covid. That is until Canadian “insurrectionist” truckers (read: lowborn men) pushed back against Canada’s unjustifiable mandates. Despite the waning efficacy of the vaccines and the light damage wrought by Omicron, the truckers messed around with The Plan. Worse still, they scrambled elite status signals. But did they actually harm anyone?

Apart from causing folks in Ottawa some sleepless nights, the truckers engaged in peaceful assembly in order to protest the restrictions. The protests spread globally, many to positive effect as officials began to ease restrictions abroad.

Pulling notes from the Biden-MSM social-justice playbook, Trudeau and the Canadian legacy media were complicit in smearing the truckers as bad actors. Then, they set about trying to snuff out the people’s blinking lights. Specifically, Trudeau’s minions, including the execrable Deputy PM Chrystia Freeland, seized trucker funds, froze accounts, and pressured crowdfunding platforms to expropriate resources from the truckers and their supporters. The regime has even tried to “sanction” certain crypto wallet addresses.

My late father was an American trucker. While he was not all that political, he had a pretty strong compass when it came to matters of right and wrong. He would undoubtedly have drawn inspiration from what we’re seeing today. Indeed, we might just see a ‘Hold my beer’ response from US truckers and other activists concerned about the latest Canadian import.

But anyone, trucker or otherwise, protesting authoritarian measures in the US had better be prepared. According to economist Peter St. Onge,

…Trudeau is a sign of what’s to come. He himself may fail; given his unimpressive personal traits he probably will. But the Will to Power his authoritarianism represents is something we’ll be fighting off for decades, hopefully successfully this time.

But what can we do to keep the lights blinking?

Fortunately, this time we have an ace up our sleeve: Bitcoin. Bitcoin takes the money-printer out of the hands of totalitarian government, radically curtailing their ability to bid away society’s resources. But Bitcoin’s biggest advantage, politically, is it makes it impossible to silence dissent. They can reduce it, yes, they can harass and arrest and trample. But so long as there is a way to transact, hence to coordinate and marshal resources and messaging, they cannot silence us. The harder they repress, the more we shrink, but the more powerful our remaining messaging gets. This is how governments that shoot dissenters nonetheless collapse.

You might not like bitcoin, but even past critics have come around to the need for something else in the ballpark. You might choose another peer-to-peer cash system or token, such as Ethereum or Cardano.

Whatever you choose, make sure you are ready to learn how to be a custodian of your cryptocurrency. This is true whether you’re a donor or a recipient. Learning about crypto will help keep the lights blinking in America. After all, the Biden Administration has already made threats.

If you cherish freedom but don’t know anything about crypto, it’s worth it to learn a little bit. Don’t think about crypto as a get-rich-quick plan, but rather a donation to the protection of freedom itself. Our future may depend on it.

If you’re comfortable with using cryptocurrency wallets, you can learn about using decentralized exchanges:

If you would feel more comfortable getting a pro to help you, you could do a lot worse than The Bitcoin Consultancy (for bitcoin training in particular).

Those who want to learn more about the Ethereum universe can contact this ETH wallet management expert).

This article, Trudeau’s Tactics Are Coming to America: Learn Crypto Custody, was originally published by the American Institute for Economic Research and appears here with permission. Please support their efforts.