Uncivil Cause or Effect? 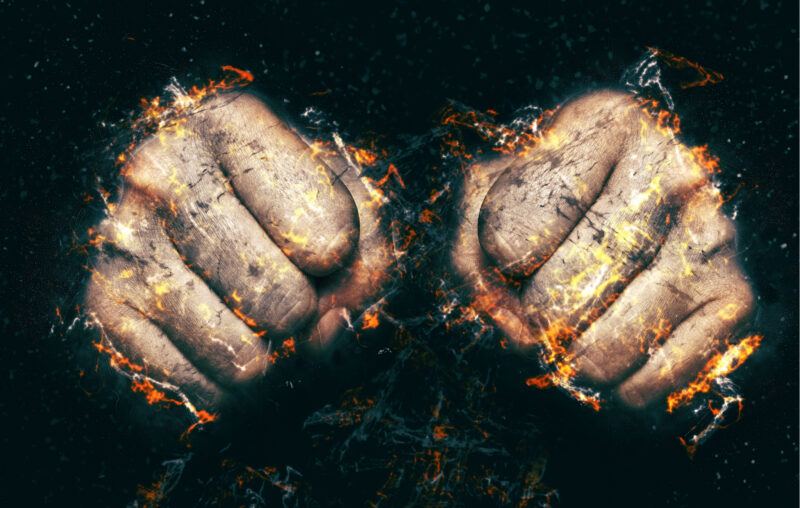 In “If civility is passe in politics, how do we save democracy?” Nicholas Goldberg (Los Angeles Times, 2/7/22) joined a long parade of people calling for restoring more civility in government. However, in that op-ed, he also distorted Republican positions and blamed them for most of the problem, and such misrepresentation and finger-pointing bring his commitment to honesty as well as civility into question.

While I agree with Goldberg that civility has declined still further from the standard George Washington set for it in recent years, incivility is not the core of the problem. It is often the response to the problem. If I felt violations of my constitutional rights were being proposed or imposed (as has frequently been the case of late, often in the name of saving democracy), those violations of “the highest law of the land,” not the civility with which I object, are the core of the problem.

In addition, there is a further reason for being less civil in political debates than at other times, especially with regard to interrupting others’ arguments. When the stakes involve vast differences in how the country will be ruled, it is more important to be clear and logical than in our day-to-day interactions, and interruptions can (but need not) be crucial to that end.

Consider the structure of logic arguments. Premises lead to conclusions—A implies B implies C…implies Z. Correctly structured, if the premises and logic are both true, the conclusion must follow. However, if only one important premise or step in an argument is false, factually or logically, even if every succeeding step is valid, the conclusion need not be correct. And if there are multiple such missteps, there could be virtually no reliable connection between arguments and reality.

Consequently, if I note an important false premise or errant step in your argument, the pursuit of better real-world results suggests immediately focusing on where and how such premises or arguments depart from truth. After all, we can come to some resolution with respect to the contested step, we can move on in our discussion, and potentially even compromise or agree, in the end. Without taking that step at that point, further discussion may yield a great deal of stomach acid, but little fruit.

This is particularly important when the pivotal step involves the exact reverse of the truth, which can not only invalidate the conclusion, but actually confirm the opposite conclusion. That is, while statement A, if true, may imply Z, when A is false, it may exclude Z as a possibility.

For example, protectionism can save some jobs, and the income derived from them, from superior competitors. However, protectionism does not create jobs and wealth for the economy, as protectionists assert, or any of the consequences that would follow. “Saving” certain jobs eliminates others, including those in export industries, those facing higher input costs and those whose jobs would have been created from the greater wealth unrestricted trade would produce. That shifting of resources from where people’s circumstances and preferences would lead them voluntarily to where government favoritism dictates destroys societal wealth rather than increasing it, as protectionists insist.

I must also consider another consequence of waiting politely until the end of a disputed chain of reasoning. How well do any of us remember precisely what was said at step B, where disagreement began, multiple steps (frequently also in question) and many minutes later? How well will my recollections match those of my opposite in debate? What was said and why we disagree is easily lost, which can generate even more uncivil bickering, distracting everyone from the validity of positions in question. And such problems are only worsened when, as today, one side often insists that certain words or phrases should not be taken at face value, but solely as “dog whistles” for hidden and nefarious meanings attributed to opponents.

The upshot is that even though interruptions can be rude (because no one likes being sidetracked before reaching their intended conclusions), they may be more justifiable in political debate than in other circumstances. The benefits of more effectively revealing core policy disagreements exceed those in day-to-day conversations. Consequently, we may want to allow more leeway for rudeness when disputing over government policy. We do not want rudeness to become the issue deciding political choices, but some of what is felt to be rudeness in the eye of the beholder can contribute to more effective understanding and analysis.

Of course, individuals still must decide for themselves when interruptions are sufficiently justified. There are many times in which they are far from that standard. For example, when one person just talks over another until they quit speaking, interruptions are unjustified. The same is true for interruptions whose purpose is to derail a line of thought, inject misrepresentations that will move us further from the truth, or make ad hominem attacks. Electorally punishing such assaults on the possibility of advancing Americans’ well-being, by undermining the potential for increased clarity, remains appropriate.

There will always be vast differences of political opinion expressed in elections. And citizens will fight over the relevant facts. That process can certainly produce rudeness. But it would be far better to fight over such matters, even rudely, than to let real issues be hijacked into battles over whose rudeness most disqualifies them and their positions from consideration.

This article, Uncivil Cause or Effect?, was originally published by the American Institute for Economic Research and appears here with permission. Please support their efforts.