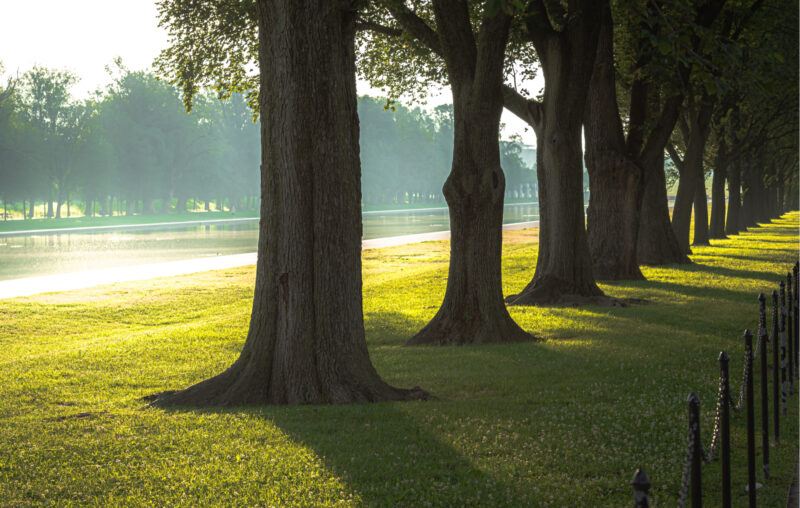 Not long ago, I was looking through my inbox to find some document or the other that had been emailed to me when I noticed a message from my friend Amy Willis at Liberty Fund. There is, it must be noted, nothing unusual in that, as I contribute to the Fund’s EconLog from time to time, and she sometimes messages me with ideas that our readers might find of interest. On this occasion, she surprised me with a most unexpected honor; an invitation to contribute to a written roundtable on the legacy of Walter E. Williams. This is indeed an honor, and I ask the reader to forgive my fervor and briefly indulge my excitement at presenting this to you. You see, there are not many economists who look like me, and few of any shade spoke as clearly against the determinants of public policy that created a cycle of impoverishment for minorities than did Dr. Williams.

Few would dispute, at least those acting in good faith, the idea that our nation has a long and troubled history with regard to its racial minorities. The great grandson of slaves, Williams would have occasion to experience these troubles himself. While his childhood in Philadelphia seems to have been absent of many of the turmoils suffered by his brethren in other corners of America, his time in the army stationed at Fort Stewart in Hinesville, Georgia gave him his first taste of segregation and racially discriminatory policies. Initially, Williams dealt with his discontent by pulling pranks to cause his superiors discomfort and engaging in a campaign of writing letters to highlight discrimination within the armed forces. While these actions accomplished little besides resulting in a court-martial in which he was found not guilty of the absurd charges levied against him, they set Williams down a path not only of questioning racial disparities in America, but also of fixing a stern eye towards their root causes. To say that Williams continued to go against the grain is a great understatement.

It is a long-held piece of common wisdom that the specter of systemic racism is a blight upon the fortunes of African Americans. It is also common within conservative and libertarian circles to hold that Dr. Williams rejected this view, but in truth, much as this writer accepts this as truth, so did Dr. Williams. As he noted, he grew up in a time where Negroes, as they were then called, were denied the natural rights that citizens should enjoy simply because they were assumed inferior because of their race. Where Williams differed from the prophets of the common wisdom was in his determination of who was (and still is) to blame for the perpetuation of discrimination.

In the troubled days of yesteryear, Williams notes, it was the legitimate goal of champions of civil rights to secure equality under the law for racial minorities. Blacks were restricted, by the very laws that should have ensured protection of rights, from voting, freedom of travel and association, and basic rights of contract. These restrictions were violations of the American norms of private property, limited government, and rule of law long enjoyed by the enfranchised class. A succession of court, legislative, and municipal battles against entrenched interests were successful in securing those basic rights for those who were not members of the preferred majority. The problem then became, as Williams saw it, the well-meaning but ultimately futile attempts of civil rights thinkers to resolve any residual remnants of racial discrimination with further legal action.

It is important to understand that Williams does not claim that racism no longer exists. Instead, what he is saying is that absent legal barriers to advancement, resources spent in the service of fighting discrimination are wasted. Why are they wasted? The answer is relatively simple, as these resources would probably be better utilized fighting the same problem within the market. While discrimination imposes costs against those who are the victims of it, absent the artificial protections of state legitimacy, it also imposes costs upon the party that is doing the discriminating. Without those protections, the costs of racial discrimination cannot be hidden behind the veneer of law, or easily shifted to other parties.

Williams also utilizes the tools of economic analysis to demonstrate how good intentions result in the very thing they are meant to guard against. If, for example, the poor quality of education among Blacks is seen as a civil rights problem, then obviously the answer is to apportion more public dollars to bolstering majority Black schools, hiring more Black administrators, and hiring more Black teachers. The problem with this is that it has been tried ad nauseum, and it has failed spectacularly. Instead, Williams would argue that these resources would be better served finding free market alternatives to a failed system of public education, optimally constructed by local stakeholders who both understand their local communities and have something to gain from their improvement. It would also ameliorate a nasty side effect of such efforts; the de facto segregation of minority students into failing schools.

The most important thing Williams demonstrated was that affirmative action robbed African Americans of the power and responsibility of their own agency. He reveled in the fact that since the Civil Rights Act, African Americans had made the greatest gains of any racial group in America and in the shortest period of time. He noted that if the 2008 income of African Americans were taken as the gross domestic product of a separate nation, Black America would be the 18th richest nation in the world. This also represents the jumping off point for his greatest departure from the common wisdom. As Dr. Williams notes, some 30% of the African American population has been left behind despite the gains of Blacks in general, and the poverty rate among African Americans hovers at or around 30%. As social science continues to demonstrate, poverty is one of the biggest determinants of crime.

This modern poverty, Williams posited, it’s quite different from the poverty of yesteryear. While the poverty of his youth was simply an economic reality that one’s family learned to deal with, this modern poverty is the result of many corrosive factors including, as William notes, a lack of family. His analysis showed a high degree of correlation between growing up with a single parent, lack of educational attainment, and criminal activity. Naturally, a combination of the lack of skills resulting from poor education and the limited employment market that results from criminal records creates a cycle of recidivism and poverty that often lasts throughout generations.

While Williams did not deny that there are institutional factors and such social institutions as police departments that lead to disparities in arrest and prosecution, he remained skeptical this could explain larger problems within minority communities. Once again, utilizing the tools of economic analysis, he showed the Academy and policymakers that it was in fact their well-meaning paternalism that led to corrosive elements within minority communities. Moreover, policies such as minimum wage laws and occupational licensing create barriers to entry that discourage the spirit of entrepreneurship within the poorest elements of society. Actually, laws and policies such as these, while seemingly a manner of helping minorities and the poor, were originally instituted to price undesirable individuals out of the labor market. Recall that earlier we noted that discriminatory laws often hide the true price of discrimination and the cost that they impose upon those discriminated against. Williams was instrumental in showing that this paradigm holds for any type of laws that provide a group with special status, even if the intent is to right a historical wrong.

It has been a great privilege to provide some small insight into the overwhelming legacy of Walter E. Williams. Of course, I do not agree with all of the observations he made over the course of his long, distinguished career, but he was vastly instrumental in showing us that the best solutions to the racial problems that bedevil us don’t come from the government who all too often caused a problem in the first place. They are properly found within the free market, which, with all of its imperfections, imposes costs upon those who unjustly discriminate against others based on race, religion, sexuality, or for any reason at all. I can only hope that we have learned enough from him to continue and improve upon his work.

This article, Uncomplicating a Complicated World: The Shining Legacy of Walter E. Williams, was originally published by the American Institute for Economic Research and appears here with permission. Please support their efforts.