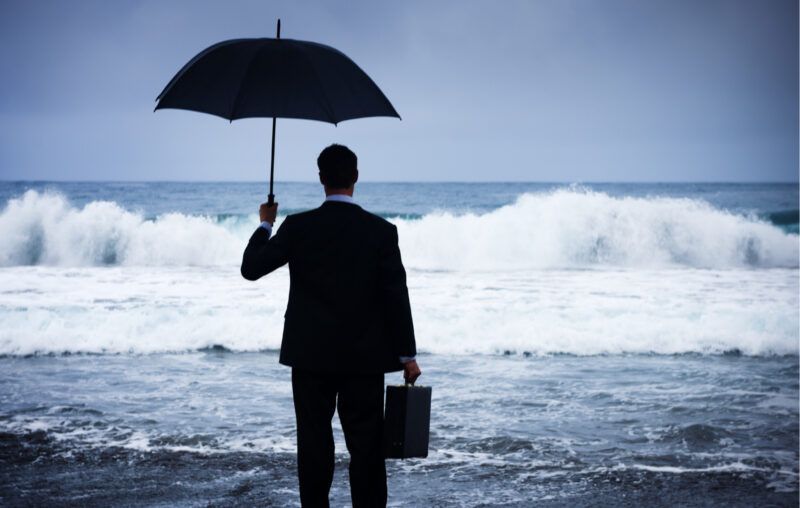 Unemployment statistics are prepared by the Department of Labor for the US from surveys. The Census Bureau sends out the monthly household survey to 60,000 households, separating adults into those who are working for pay, and those who are not currently working for pay but are actively participating in the labor force. Most unemployed members of the labor force are actively looking for work. Small percentages are temporarily laid off, waiting for new jobs to start, or on strike due to a labor action. In each of these cases, the person has a job which is not currently providing income. These unemployed workers will presumably start or return to these jobs in the future. The labor force explicitly excludes certain categories, like anyone under 16, homemakers, retired people, or institutionalized adults. Institutionalized adults include students, patients in hospitals or other medical facilities including mental health facilities, retired people, disabled people, members of the armed forces, etc.

The unemployment rate is the ratio of the number of unemployed members of the labor force divided by the total labor force. It seems to hover around 5-6 percent, which we can consider the natural rate of unemployment, though it rises during and after a recession. Normally it takes about two years after the end of a recession for unemployment to recover fully.

There are four different kinds of unemployment: structural, frictional, cyclical, and seasonal. Structural unemployment is associated with long-term, permanent changes in the economy, including technological progress that makes established industries obsolete. When textile firms in New England relocated to the South, that migration increased unemployment in New England, and lowered it in the South. When those same activities moved overseas to China or the Asian tigers, this increased unemployment in the Southeastern US, but lowered it in Malaysia, Indonesia, Vietnam, Guatemala, etc. Structural employment accompanies long-term structural changes in the economy, technology, and the structure of production.

Frictional employment is voluntary, and a certain amount is normal for a healthy economy and even beneficial. This occurs when workers quit one job to search for a new one. Workers are more likely to do this when their job prospects are favorable. The better the economy, the easier it is for workers to find a new job, so the higher frictional employment will be. Frictional employment tends to indicate that workers are in demand and that it will be easy for them to find new, higher-paying jobs. Structural and frictional unemployment add up to the natural rate of unemployment, which is thought to be about 5-6 percent for the U.S. This natural rate is generally higher in countries with more generous unemployment and welfare benefits, and less flexible labor markets.

Cyclical unemployment is associated with recessions. In a recession, aggregate demand collapses and the economy contracts. There is less demand for output, and firms respond by cutting back on production and laying off workers, so unemployment rises during recessions, as shown in Figure 1.

Seasonal unemployment affects some job categories more than others. During the Christmas season, retailers hire extra staff, as well as department store Santas. There is less demand for these seasonal workers in July. Extra retail staff are also needed for firms that audit their inventory between Christmas and New Year’s Day. Extra accountants are needed between February 1 and April 15. Similarly, construction workers are in greater demand during the spring, summer, and fall, than in the winter, when they generally cannot work outdoors. These seasonal spikes in labor demand go away after their busy season ends.

Unemployment is the most important measure of the business cycle’s impact. The macroeconomic impact of a recession may be measured in trillions of dollars of lost GDP, but that is essentially an abstract and meaningless statistic. The real impact of recession is felt directly on the unemployed and their families, in lost income, lost opportunities, and a host of social problems, including impaired mental health, domestic violence, and substance abuse.

This article, Understanding Unemployment, was originally published by the American Institute for Economic Research and appears here with permission. Please support their efforts.