Wait for It… “It’s Capitalism’s Fault!” 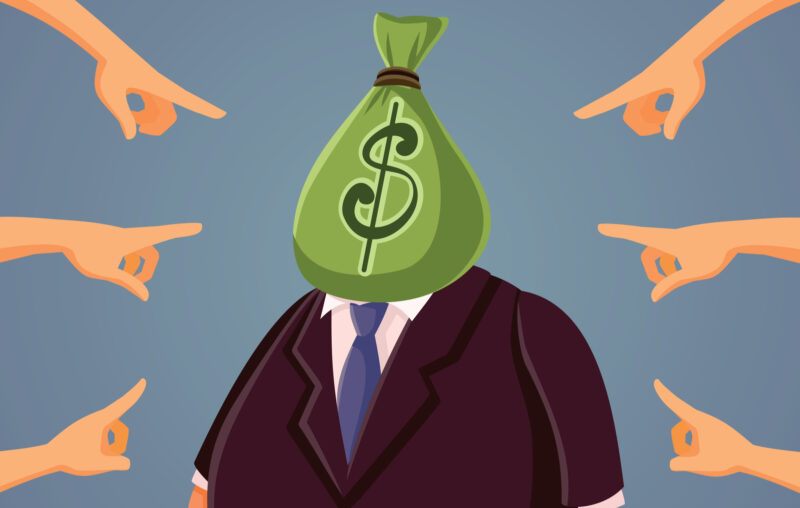 An economic crisis looms. When the brown matter hits the proverbial fan, the blue-check commentariat will blame “capitalism.” So we have to remain vigilant.

I use scare quotes because so few clearly define what “capitalism” is, and fewer still know how it works. Particularly when they use the F word.

As with neoliberalism, “capitalism” is more or less a smear used by those who hate that which they neither understand nor have a hand in creating. Ignorance as a rhetorical strategy works mainly because the masses have become more credulous and ignorant with each passing year. Critics simply have to indicate some socio-economic phenomenon they don’t like and blame the c-word.

Intervention, the C Word, and the F Word

When I use capitalism I have a specific set of features in my mind, as we’ll see. Because capitalism is Marx’s term, we could use other less loaded words, such as entrepreneurial markets. But these can come across as esoteric or imprecise. Detractors frequently have something else in their minds, and there is no incentive to determine any common reference frame. Sometimes their very identity is caught up in being anti-capitalist. It’s one thing to challenge their positions. It’s quite another to challenge their identity.

What’s worse, the politically powerful actively destroy the ideal features of an entrepreneurial market system, often to compromise with anti-capitalists. They then blame capitalism for every failure of intervention. This process began long ago. Now, the best we can say is interventionism creates ideal conditions under which corporations and authorities may collude. And boy they do. The extent to which entrepreneurs ally with government officials is the extent to which the system becomes less capitalist, less liberal, and more corrupted by degree.

But what beast does this corruption spawn?

Intervention gives rise to either cronyism or fascism. The difference between cronyism and fascism lies only in the authorities’ objectives. Cronyism is designed to shore up the incumbency of individual politicians. Fascism is more about directing the interests of corporations to authority’s ends on behalf of the so-called national interest, and cronies benefit anyway.

Author David Boaz points out this inconvenient truth when he writes:

On May 7, 1933, just two months after the inauguration of Franklin Delano Roosevelt, the New York Times reporter Anne O’Hare McCormick wrote that the atmosphere in Washington was “strangely reminiscent of Rome in the first weeks after the march of the Blackshirts, of Moscow at the beginning of the Five-Year Plan.… America today literally asks for orders.” The Roosevelt administration, she added, “envisages a federation of industry, labor and government after the fashion of the corporative State as it exists in Italy.”

Ain’t it funny that those who are so quick to call others fascist are in full-throated support of authorities directing corporations to do the state’s bidding? Like Keynes, they justify this vaguely in terms of the “national interest” not the rights of the individual. And Mussolini agrees:

Whether that means threatening social media companies to silence dissent, mandating experimental vaccine products, or rewarding banks for their risky behavior, the real fascists get off scot-free.

If that weren’t enough:

Fascism entirely agrees with Mr. Maynard Keynes, despite the latter’s prominent position as a Liberal. In fact, Mr. Keynes’ excellent little book, The End of Laissez-Faire (1926) might, so far as it goes, serve as a useful introduction to fascist economics. There is scarcely anything to object to in it and there is much to applaud.

Thus, we can no longer allow people to blame capitalism for fascism, particularly when unwitting fascists advocate for these policies. So when it comes to playing the blame game for the next major crisis, we have to call a spade a spade—courageously, consistently, and unrelentingly.

But first, we need to identify some of the main features of capitalism.

Some will argue that the above list is too Utopian–that is, it’s not politically feasible to discard the topheavy layers of our intrusive bureaucracies and their corporate supplicants. That might be true but that also means the system we have ain’t capitalist.

The problems we must now face flow from politicians and central bankers trying to stick their (visible) hands into our economic ecosystems, which they refer to as interventionism—i.e.managing the mixed economy. (Keynesianism will also do.)

“These two systems, capitalism and collectivism,” writes economist Sandy Ikeda, “organized according to two diametrically opposite principles — spontaneous order and deliberate design — mix as well as oil and water.”

No wonder it’s hard for people to disentangle market failure from government failure.

You can see how easy it is to blame the failures of the mixed economy on capitalism. Indeed, to the extent “neoliberalism” is the incoherent doctrine of the mixed economy, we might one day find common cause with those who bandy that term about unreflectively.

But I doubt it.

Most of what passes for commentary about economics today amounts to bleating from herds who think that the cure for every social ill is to tax more resources from the billionaires or the corporations. But as our friend, economist Antony Davies, reminds us,

The 550 U.S. billionaires together are worth $2.5 trillion. If we confiscated 100% of their wealth, we’d raise enough to run the federal government for less than eight months. (Updated figures might get you to nine months, says Politifact.)

Of course, if the state succeeded in such confiscation, it would be catastrophic.

The problem isn’t capitalism. The problem isn’t greed per se–or maybe it is. Too many people want to live at others’ expense or charge the national credit card, which – at 138 percent of GDP plus unfunded liabilities – is maxed out.

So when it comes to laying blame, we have to start getting more specific. Yes, there are bad individual actors, bad corporate actors, and bad government actors. But instead of blaming entrepreneurial capitalism, which is just a system for people sustainably to serve each other, it’s time to blame those who keep intervening to “save capitalism” or those who keep trying to save us from capitalism. And it’s time to blame those whose failures of imagination always end up in one of interventionism’s ideological ditches: regulation or redistribution.

The trouble with interventionism is that you can’t have it in any form without bundling in some measure of fascism. That’s because these two ideologies are kissing cousins. Unless the people regulate the government and redistribute its power back to individuals, we will lurch from crisis to crisis that interventions cause. And our fascist/socialist enemies will just double down.

This article, Wait for It… “It’s Capitalism’s Fault!”, was originally published by the American Institute for Economic Research and appears here with permission. Please support their efforts.