Walter E. Williams, One of a Kind 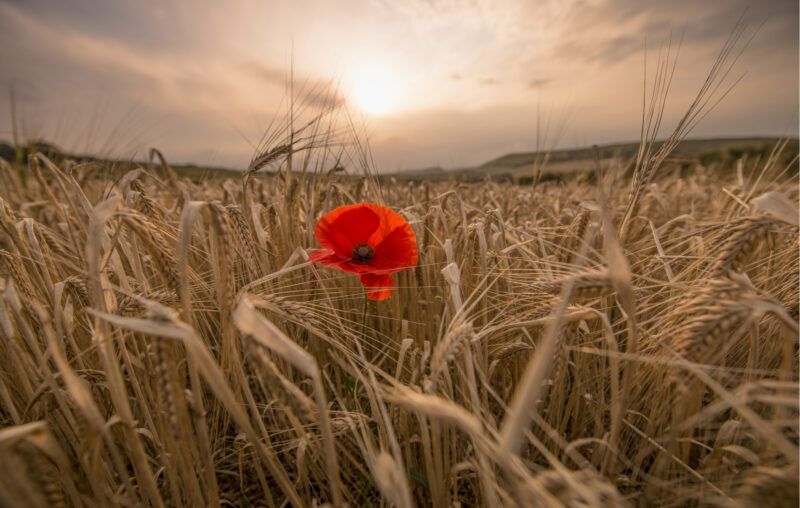 Walter Williams (1936-2020) catapulted into my consciousness in the late 1970s. One afternoon while flipping through the channels – numbering all of five – on my parents’ television set I happened upon television talk-show host Phil Donohue chatting with a guest who made unusually good sense.

By then I’d already fallen in love with economics; it was my collegiate major, and I was, I think, then in my junior year. The guest’s uncompromising and eloquent defense of free markets pleasantly surprised me. I was even more surprised that he was Black. I knew that free-market policies were promoted by white guys such as Milton Friedman and William Simon. But Walter Williams – Donohue’s guest – was the first Black person I’d seen doing so.

Donahue peppered Walter with questions – ‘Should we abolish the minimum wage?’ Yes. ‘Don’t you agree that labor unions were key to creating America’s middle class?’ No. ‘Hasn’t the welfare state helped Blacks?’ No. ‘Isn’t affirmative action needed to give minorities a fair chance?’ No. On and on this questioning went until Donohue asked Walter about some arms-control treaty between the U.S. and the U.S.S.R. Walter paused for a moment, then laughed and said “Unlike you, Mr. Donohue, I don’t pretend to know everything about everything.”

Donohue cut for a commercial break. (Not long before he died, I asked Walter if my recollection of his appearance on Donohue was accurate. He assured me that it was.)

I scribbled the name ‘Walter Williams’ into a notebook. I wanted to know more about this man’s work but in that pre-Internet age found little to read. Nevertheless, I was reassured to know that there was in the world this articulate, charismatic, informed, and principled champion of economic freedom.

The next time I encountered Walter was again on television during his appearance on Friedman’s 1980 Free To Choose program. I enthusiastically soaked it all in. I was a fan-boy.

In 1980, as a senior in college, I was unaware that just five years later I would become one of Walter’s colleagues at George Mason University. I also became his friend. I will forever regard Walter’s befriending me as a singular stroke of good fortune for myself. Through countless discussions in his office and over dinners I got to know Walter quite well. It speaks well of the man I got to know quite well that he was in private no different than he was in public. There was about Walter Williams nothing at all facile or false.

Walter had four characteristics that particularly warrant mention because, together, they are what made Walter the unique public intellectual that he was.

The first of Walter’s notable characteristics was his principle. I’ve never known, and will never know, a man more principled than Walter. In practical affairs, he was no utilitarian. For Walter, many actions are simply wrong, and no amount of utilitarian calculation can make such actions otherwise. Nor are wrong actions made right by being performed by government officials. Because in principle it is wrong for Jones to use coercion to stop Smith from spending money in whatever peaceful ways Smith chooses, it is wrong for government, acting at Jones’s behest, to so obstruct Smith’s actions. Because in principle it is wrong for Jones as a private citizen to coerce Smith into employing or serving people who Smith doesn’t wish to employ or to serve, it is wrong for Jones as an elected official to do the same.

The second of Walter’s special characteristics – related to, but distinct from, the first – was his courage. He said and wrote what he believed. Not only did he never trim, he also never shrank from engaging an opponent. Walter knew, of course, that much of his message was unpopular. That knowledge, if it affected him at all, seemed only to fuel his desire to deliver the message.

Walter occasionally received death threats. He received enough of them that, when in 2006 an article I wrote on immigration brought what appeared to be a credible threat against my nine-year-old son’s life, I immediately called Walter for advice. Walter’s calm counsel during those troubling few days was invaluable.

A third characteristic was Walter’s unusual facility with basic economic reasoning. An economist’s skill is perhaps best measured by how much complex economic reality he or she can explain using only economic principles. Any mediocre economist can explain a good deal of economic reality by using the whole armament, including the jargon, that comes with PhD-level training. But only the finest economists can explain that same reality – and often explain it more fully and clearly – using only basic economic propositions. Milton Friedman was notable for possessing this rare skill, as is Thomas Sowell. Walter was in their league.

Possession of this skill is key to the ability to communicate profound economic understanding to general audiences. An example is Walter’s explanation of why minimum-wage legislation has a worse impact on Blacks than it has on whites:

Within this example is evidence of the fourth of Walter’s notable characteristics – namely, his skillful use of what I call “gentle, humorous shock.” Walter understood that an effective way to grab an audience’s attention is with a bit of shock mixed with humor. Not shock that’s gross or grotesque. Not shock or humor for the sake of themselves. But shock and humor that are just enough to seize a reader’s or listener’s attention and to intellectually stir that person into letting go of prior misconceptions. Comparing low-skilled workers to inferior cuts of meat shocks people, and even offends many. But the comparison works well to convey the economic lesson.

No doubt the most notable – and shocking – of Walter’s use of “gentle, humorous shock” is his “Proclamation of Pardon For European-Americans.” Here’s its ending:

I, Walter E. Williams, do declare full and general amnesty and pardon to all persons of European ancestry, for both their own grievances, and those of their forebears, against my people.

Therefore, from this day forward Americans of European ancestry can stand straight and proud knowing they are without guilt and thus obliged not to act like damn fools in their relationships with Americans of African ancestry.

This proclamation was no shock-jock-like stunt. Walter truly believed that, post-slavery, much Black suffering was the direct result of well-meaning but economically illiterate whites attempting to assuage their guilt by supporting affirmative action and other policies that  unintentionally burden the majority of Blacks with additional harm. This Proclamation combines gentle shock with dry humor to make what Walter believed to be a vital point – a vital point, be aware, ultimately not so much for the benefit of whites as for the benefit of Blacks.

Milton Friedman had, and Thomas Sowell has, the first three of the above-mentioned characteristics. What set Walter apart from these two giants was his unique ability to command audience attention by combining humor with gentle shock. Some talented economists, such as Thomas Hazlett, who write for the general public excel at effectively using humor. Other economists, such as Steven Landsburg, excel at effectively using shock. But no first-rate economist combined humor with gentle shock quite the way Walter did. It’s a combination that works and that is now sorely missed.

Because Walter treasured honesty and forthrightness, I must note what I believe to have been one of Walter’s few flaws. He came to so detest the Progressive left that he occasionally took positions – or so it seemed to me – only because he believed those positions were opposed by the left.

An example is his support for immigration restrictions. Although never coming close to being a nativist or supporter of closed borders, at least toward the end of his life Walter failed to turn on immigration restrictions the same critical eye that he turned on most other government restrictions. While his usual stance was to vigorously defend the concept of natural rights, and thus to deny the legal-positivist proposition that rights are created by legislation – I often heard Walter declare strong support for individuals who disobey statutory diktats that he believed to violate natural rights – he treated immigration differently. He insisted that an immigrant’s presence in the U.S. in violation of the existing statutory code is sufficient to render that person an unethical scofflaw who doesn’t deserve to live in the U.S.

I emphasize, however, that Walter’s flaws were indeed few. Enviably few. For more than four decades he reigned as one of the world’s premier champions of freedom. A dedicated teacher and tireless defender of the classical-liberal values that he correctly understood motivated the founding of the American nation, Walter’s vast body of work will not only continue to inspire those of us already in the liberal camp, but also to challenge those who as yet aren’t.

This article, Walter E. Williams, One of a Kind, was originally published by the American Institute for Economic Research and appears here with permission. Please support their efforts.