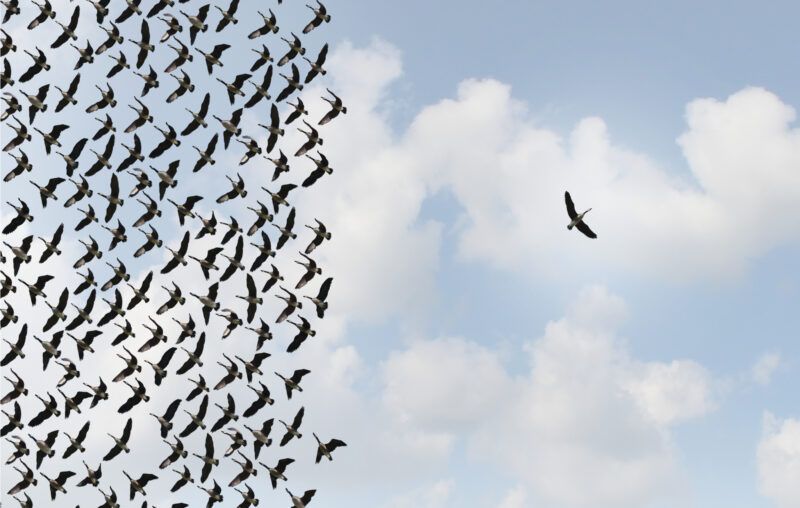 Perhaps the greatest compliment paid to Walter Williams is that Thomas Sowell considered him his oldest and closest friend. Like Sowell, Williams used common sense – the basis of economics – to address contemporary problems.  Economics tells us that price controls such as minimum wages, rent control, and usury ceilings may help a few individuals but will harm many more.

Such facts led both to embrace capitalism and free markets as the mechanisms best suited to improve the well-being of the poor. Both cited historic and modern examples to illustrate their points. Williams’ use of common sense was often devastating and generated the usual chorus of wails from those who disagreed. However, Williams could not have cared less. On issues such as education, limited government, democracy, income redistribution, welfare, and race, Williams provided wit, logic, and reason in areas where there was often very little. To the chagrin of his critics, they could do little to prove him wrong.

When writing about the education of Black children and their tragic performance in reading and math Williams stated that such performance was not always the case. Citing Sowell, Williams reminds us that all-Black schools during segregation demonstrated academic excellence. Frederick Douglass High in Baltimore, Paul Laurence Dunbar High in Washington, DC and my alma mater, Booker T. Washington High in Atlanta excelled in an era where Blacks were poorer and overtly discriminated against. Williams implies that the education of Black children did not benefit from integration, and the evidence supports him. The question is why? During segregation, school teaching was an honorable occupation when the only jobs available to college educated Blacks were in the government or self-employment. A high percentage of primary and high school teachers were men. Discipline was enforced. Times have changed. Williams contends that the modern education system is a failure in large part due to the laxity of discipline and lower academic standards. Today the educators and “elites” have replaced what worked with what sounds good. Williams once said he was 74 years old and was glad that he had received most of his education before it became fashionable for white people to like Black people which meant that he was obligated to live up to higher standards.

Williams would point out the obvious when the obvious was being ignored. He was a skeptic of “systemic racism” and stated that the plight experienced by many Blacks had little to do with systemic racism or with the actions of the police. He noted that in many of our major cities, Blacks control many of the elected positions, police departments, and school officials. These cities have dreadful schools and high rates of crime, especially murders. Williams asks where the systemic racism is when Blacks are in control? It’s a question that the left avoids answering. Williams also implies that the left and the mainstream media conspire to keep Blacks distracted from addressing the main sources of their discontent by focusing on subjects like shootings – however infrequent – by the police. A poll asked how many unarmed Blacks were killed by police in 2019. Twenty percent answered 10,000 or more! The correct answer was 13. The situation is not helped when famous Blacks, like LeBron James, tweet “I’m so damn tired of seeing black people killed by police.” To date, James has said very little about Black people being killed by Black people. In Chicago alone there were 769 homicides in 2020. Moreover, record homicides of Blacks are being recorded in most of our major cities. Where is the outrage?

Williams was a fierce advocate of limited government and opponent of forced income redistribution. He famously stated, “Let me offer you my definition of social justice: I keep what I earn and you keep what you earn. Do you disagree? Well you tell me what I earn belongs to you – and why?” He also stated, “No matter how worthy the cause, it is robbery, theft and injustice to confiscate the property of one person and give it to another to whom it does not belong.” As such, Williams added to the debate of reparations and paying one’s “fair share” and did it in a manner that was intentionally provocative. Williams’ prescription for lessening poverty was simple: “complete high school; get a job, any kind of job; get married before having children; and be a law-abiding citizen. Among both Black and white Americans so described, the poverty rate is in the single digits.” A controversial statement in today’s “woke” climate but again one that cannot be proven wrong.

Although Williams was labeled as a “conservative”, he was even-handed when it came to criticizing both liberals and conservatives in government. Both liberals and conservatives advocate the confiscation of one person’s property to give it to another. The difference was in who was to get the spoils. In essence, taxation was theft, and since the government is essentially nonproductive, it has to seize the property of others to function and to reward its friends and not its enemies (which change with each election). To quote Williams, “The compelling issue for both conservatives and liberals is not whether it is legitimate for government to confiscate one’s property to give it to another, the debate is over the disposition of the pillage.”

Williams loved America and warned about the dangers inherent in democracy.  In his “The United States is not a Democracy, Thank Goodness” he liberally quotes the Founding Fathers arguing that democracy leads to the tyranny of the majority. A democracy is where 50+1 percent can confiscate the property of the other 49 percent. John Marshall noted that “between a balanced republic and a democracy, the difference is like that between order and chaos.”  Thus, Williams was an advocate for a limited federal government, individual freedom, the separation of powers, and institutions such as the Electoral College. For Williams, the Electoral College prevented national elections from being determined by a minority of states – those with large populations – and imposing their politics on the rest of the country.

Williams reminded us to weigh costs and benefits. During the Covid-19 pandemic Williams chided governments for often taking actions without the benefit of any scientific justification and with no consideration of costs and benefits. He quoted then New York governor Cuomo who said that any action is justified so long as it saved one life. As Williams said, “Cuomo knows that many Americans buy into such a seemingly caring statement that would be easily revealed as utter nonsense if one had just a modicum of economic knowledge. Prudent decision-making requires one to compare benefits to costs.” The example he gives is clear. He notes that there were 36,120 traffic deaths in 2019. Most could have been saved if there were a mandated speed limit of 5 miles per hour. When the costs and inconvenience of such a mandate are considered, it is clear that the benefits of saving those lives are outweighed by the costs. The same can be said about the shutdowns and mandates during the COVID panic.

Lastly, Williams was a vocal skeptic of man-made climate change. He cited the numerous grossly inaccurate predictions of doom and gloom related to climate change that proved not to be true. Here, Williams is at his acerbic best, deriding those who say it’s “settled science.” He stated that “mounting evidence suggests that claims of manmade global warming might turn out to be the greatest hoax in mankind’s history. Immune and hostile to the evidence.” Williams points out that earth went through a period of global warming which ended the Ice Age. Although there were a few humans on the planet, Williams notes that the end of the Ice Age was not caused by “coal-fired electric generation plants, incandescent light bulbs and sport utility vehicles tooling up and down the highways.” Williams further states “there is much at stake in getting people to subscribe to the global warming religion. There is so much at stake that some scientists, using government grants, are fraudulently manipulating climate data and engaging in criminal activity.” Lastly, he states “The absolute worst case of professional incompetence and dishonesty is in the area of climate science.” Needless to say, such a statement did not go unchallenged. However, a careful reading of both Williams’ criticisms and the rejoinder show that Williams is not referring to all climate scientists but only those who have adopted climate change as a religion and as a vehicle for enriching themselves. Which side is right?  The important thing to remember is that Walter Williams loved to poke the bear and provoke controversy. He succeeded and he will be missed.

This article, Walter Williams: A Fond Remembrance, was originally published by the American Institute for Economic Research and appears here with permission. Please support their efforts.