Want to Understand the Inflation Problem? Look to Harvey Road, Not Pennsylvania Avenue 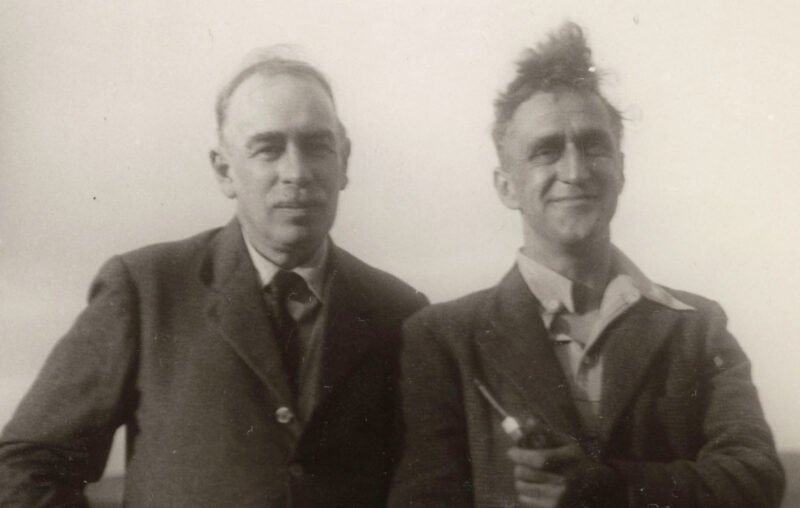 As news headlines have reported, the US economy today suffers its worst inflation in two generations. Not coincidentally, US public debt is also at its all-time high. As if on cue, opposition pundits are blaming the Biden administration, whose apologists, in turn, blame Russia and corporate greed while touting the success of Washington’s $5 trillion in recent crisis spending. This partisan and ideological bickering misses the central point.

Some economists know better than to treat today’s economic woes as a partisan problem with roots in the 2020 election. Alan Blinder of Princeton University, for example, has for several years complained that politics gets in the way of smart ideas. Professor Blinder’s “lamppost problem” suggests that we would not be here had past policies not fallen victim to the politicization of ideal economics. Moving forward, mainstream economists join Professor Blinder in saying that we now must aggressively neutralize politics, unchain the ideas of intellectual elites, and finally—hallelujah!—let smart policies rule. Never mind that these same economists have admitted fault for getting it wrong, thus vindicating the steady analyses of AIER’s Sound Money Project directed by Will Luther.

Let’s be honest. Even gifted Ivy League economists must have trouble keeping a straight face while recommending that we take politics out of the equation. This is America, after all. Aren’t we the world’s shining exemplar of political inclusion? Sure we are. Yet puzzlingly, there is a long line of thinkers who say that we should replace politics with the judgment of elites. In today’s monetary and fiscal policy, this thought goes back to at least the days of John Maynard Keynes.

On the eve of the early 1980s high inflation rates, mainline economists James Buchanan and Richard Wagner drew attention to the rising debt and inflationary risks of the time. Their 1977 book carried the evocative title, Democracy in Deficit: The Political Legacy of Lord Keynes. Buchanan and Wagner’s prose minced few words, describing the Keynesian influence as the culprit behind “continuing and increasing budget deficits, a rapidly growing governmental sector, high unemployment, apparently permanent and perhaps increasing inflation, and accompanying disenchantment with the American sociopolitical order.”

Buchanan and Wagner argue that the post-Keynesian era suffers from the “presuppositions of Harvey Road.” Harvey Road is a reference to the Keynes family home in Cambridge. A biographer of Keynes, R. F. Harrod, coined this “presuppositions” expression, and Buchanan and Wagner use it to argue that Keynes’s economic theory operates in a political vacuum where the world of monetary and fiscal policy is carried out by wise men in authority. This intellectual aristocracy could ensure conditions of prosperity, freedom, and even peace. In 2011, after President Obama’s stimulus package, many remarked that “Keynes was back.” In reality, the Keynesian influence never died, and modern macroeconomists and policymakers still suffer from the presuppositions of Harvey Road.

Following Harrod’s description, today’s politicians, Federal Reserve officials, and mainstream macroeconomists still posture as enlightened, wise people, who therefore know from their expert analysis what is the best course of action. These elites are also trusted as benevolent people, therefore, they can be trusted to choose the course of action that is best for society. Finally, they are deemed reasonable people, therefore, they will seek to persuade one another and the general public that their chosen course is the best course. Is it just us, or does this 45-year-old description seem more apropos than ever in 2022?

While the proverbial lampposts might shine more brightly along Pennsylvania Avenue than along Harvey Road, let us not fall victim to casting central blame along the former. America’s fallible and often mistaken ruling elites have fanned the flames of today’s economic dumpster fire. It may be tempting to jump to the conclusion that we should replace the “intellectual aristocracy” with democracy. Again, this is America. But when you look closely at the history behind these problems, as we have done in our recent and ongoing work, it becomes clear that unchained democracy has been part of the problem, and crisis periods have justified all of us in treating the government as a fiscal commons.

Perhaps the central point for today’s inflation problem is that we cannot remove the political dimension, but we can better insulate our fiscal and monetary house from the foul sides of politics. One part of the course forward should be to replace trust in politics and elites with acceptance, followed by restraint. This requires recognition that politicians and ruling elites are neither angels nor wizards, and that voter demand for largesse deserves moral judgment alongside corporate greed. From the standpoint of a healthy economy, it is wrong for big business to rent-seek its way to corporate welfare. It is wrong for households to demand loose money to bubble up home values and retirement plans. It is wrong for politicians to take credit for loose budgets and every economic success while bickering over blame for their failures. And it is wrong for Fed officials to invent new instruments of control that transforms their jobs into old-fashioned central planning. Taking politics out means adopting ex-ante rules that retrain all of us from treating the government like a fiscal commons. Instead of replacing smart elites with unchained democracy, we should turn to “small c” constitutional constraint and republican governance. A bipartisan generation of loose money and loose budgets has created major negative spillover effects, and today’s inflation problem is what we all have to show for it.

Taking Buchanan and Wagner’s Democracy in Deficit seriously means putting the focus on political morality and institutional rules. These rules restrain discretion in monetary policy and limit both the scope and scale of fiscal policy. AIER’s Alex Salter and others are right that we need Milton Friedman back now more than ever. But even more so, we need Buchanan and Wagner to take front and center in the political and economic discussion.

This article, Want to Understand the Inflation Problem? Look to Harvey Road, Not Pennsylvania Avenue, was originally published by the American Institute for Economic Research and appears here with permission. Please support their efforts.