Washington Needs to Play Better with Others: Relearning the Art of Diplomacy 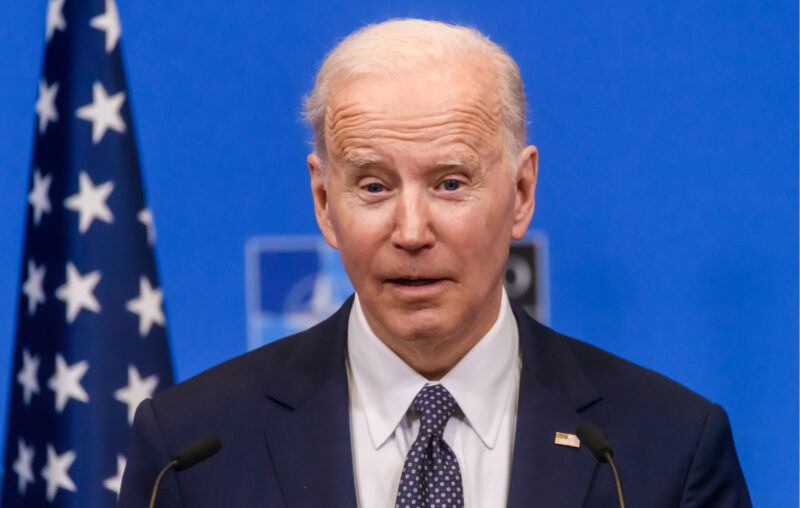 Thus, if bad things occur, US policymakers assume the problem is lack of “leadership.” After Donald Trump was elected Republicans blamed everything on Barack Obama’s failure to lead. President Joe Biden and fellow Democrats blamed Trump’s poor relations with allied states the latter was supposed to lead. Now Republicans are blaming Biden for today’s tsunami of international problems. In their view he is, yes, failing to lead.

Washington does have a problem with leadership, but it is because the Blob, as the foreign establishment is known, doesn’t understand leadership. US policymakers believe leadership requires domination, ordering the rest of the world to behave properly. When they speak of failed leadership, they mean others are not following America’s instructions. They believe anyone failing to do so should be forced to comply—with diplomatic pressure, economic sanctions, and, if necessary, military action.

The latest example is far from events currently dominating international headlines. The Solomon Islands recently signed a treaty with the People’s Republic of China. The agreement has not been released, but reportedly allows China to deploy police and military forces to protect both the government and Chinese nationals, as well as dock ships. The Solomons are most noted for the island of Guadalcanal, which served as one of the most important Pacific battlegrounds in World War II. Since then it mattered so little to the US that the latter closed its embassy three decades ago.

Now, however, hysteria has gripped Washington as well as America’s ally Australia, which is about 1,200 miles from the Solomons. Both are demanding that Honiara drop the treaty and have even muttered darkly about the possibility of military action. Alas, US hypocrisy is on flagrant display, Washington having filled the Asia-Pacific with treaties, allies, partners, bases, garrisons, troops, and ships. At the same time, China’s military power, though growing, remains much more restricted in range; the Chinese navy is not ready to launch, with or without the Solomons, an invasion of DownUnder.

Unsurprisingly, the Solomon Islands reacted angrily to America’s threats, and Beijing won propaganda points by noting Washington’s attempt to essentially impose the Monroe Doctrine on independent countries thousands of miles away all this after largely ignoring the archipelago and its problems for years.

Hubris has also undermined Washington’s campaign to sanction and isolate Moscow. Of the world’s ten largest economies, seven are united against Russia. However, of the ten most populous states, only one, the United States, has penalized Moscow. Scores have opposed, abstained from, or avoided voting on at least one of the three United Nations resolutions so far criticizing the Putin government.

More importantly, most have refused to join Western sanctions. Washington has vociferously criticized such laggards, threatening to punish them if they defy America. Yet the list of AWOL nations includes China, India, Indonesia, Pakistan, Brazil, South Africa, Saudi Arabia, Malaysia, Iraq, Nigeria, the United Arab Emirates, Egypt, and Kenya. Indeed, Asia, Africa, South America, and the Mideast are generally resisting US “leadership” in this area.

It doesn’t matter what policy toward Russia “should” be. Despite its best efforts, Washington cannot dictate policy to the world. And the more America fulminates, the more other nations resist. Even US defense dependents, most notably the Gulf kingdoms, and vulnerable neighbors, many throughout Latin America, are going their own way. So is India, which Washington hopes to turn into a quasi-ally against Beijing.

The most notable act of defiance was the refusal of Riyadh and Abu Dhabi to agree to increase oil production, to ease the price impact of forcing Russian petroleum exports off the market. Indeed, the Saudi king reportedly refused to take President Joe Biden’s phone call while the crown prince, responsible for the murder and dismemberment of journalistic critic and US resident Jamal Khashoggi, made several demands to revive bilateral cooperation.

Although the threat of economic retaliation usually forces formal compliance with sanctions, America’s overuse of this tactic has accelerated other nations’ search for strategies and devices to limit reliance on the US-dominated financial system. For instance, India and Russia are discussing developing rupee-ruble trade, avoiding the need for US dollars. Delhi has a historic relationship with Moscow and continues to rely on the latter for the bulk of its weapons, as well as, possibly, to limit future Chinese military threats.

The People’s Republic of China and Saudi Arabia continue to talk about pricing some oil in Chinese yuan. Moreover, reported the Financial Times: “Chinese regulators have held an emergency meeting with domestic and foreign banks to discuss how they could protect the country’s overseas assets from US-led sanctions similar to those imposed on Russia for its invasion of Ukraine, according to people familiar with the discussion.” Every time Washington abuses its unique financial position, the role of the dollar as the world’s reserve currency slips a bit more.

Widespread resistance to joining the West in its campaign against Moscow reflects more than financial interests. Even PRC officials presumably are uncomfortable giving aid and comfort to a government so willing to violate their bedrock principle of non-interference in other nations’ affairs. And many countries have been victims of wars which caused enormous destruction and death.

However, there also is substantial resentment of US and allied hypocrisy and sanctimony. No developing state could miss the fact that while Washington constantly talks about a “rules-based order,” it violates the system whenever it chooses. Most spectacularly, the Iraq war was illegal, brutal, unjustified aggression against another state. Even long-time allies France and Germany were among America’s critics.

Moreover, the consequences were catastrophic, with most of the harm occurring, as usual, to other peoples. A nation wrecked and society ravaged. Hundreds of thousands of Iraqis killed, millions displaced, and religious minorities killed and dispersed. The rise and spread of Islamic State, and more. Yet no Americans ever were held accountable.

So it also appeared to be with Afghanistan, Libya, Serbia, and Yemen, with multiple deadly drone campaigns that treat regions and entire countries as battlefields rather than places where people live. Indeed, collectively the Global War on Terrorism resulted in mass casualties and refugees, almost all in the Global South.

Moreover, being constantly treated like errant children and lectured by the same government, and some of the same officials, also angered other nations and peoples. And continues to do so, as Western states patronize, insult, and threaten countries like the Solomon Islands which insist on making their own decisions. Foreigners tend to like Americans. Many feel very differently about the US government.

The American people are good-hearted and well-intentioned. Even when behaving at their worst they usually mean well. However, America’s leaders not so much. Washington’s foreign policy establishment epitomizes Lord Acton’s famous aphorism: “Power tends to corrupt, and absolute power corrupts absolutely.” The confluence of great power but even greater ignorance has bred a toxic mix of hubris and sanctimony, with disastrous results.

The US could get away with even major missteps during the Cold War, when the world so often seemed to divide between us and them. America’s brief “unipolar moment” after the end of the Cold War seemed to solidify Washington’s belief in its own infallibility and purity. However, these worlds have disappeared.

In a future highlighted by great power competition the US is going to have to follow a better model, relearn the art of diplomacy, and focus on persuading others to support America. That process should begin today, amid a world divided and threatened by yet another violent conflict in Europe. Washington can do better. It must do better.

This article, Washington Needs to Play Better with Others: Relearning the Art of Diplomacy, was originally published by the American Institute for Economic Research and appears here with permission. Please support their efforts.