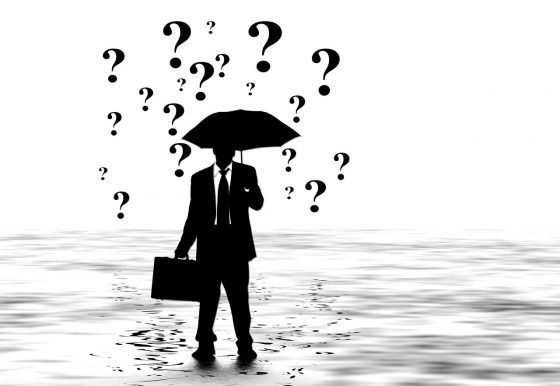 Trillions of dollars in market wealth has already been wiped out, and investors are bracing for a chaotic second half of 2022.  We truly haven’t seen anything like this since the financial crisis of 2008.  The early months of 2020 were volatile due to the eruption of the COVID pandemic, but the Federal Reserve quickly rushed to the rescue.  The Fed poured trillions of dollars into the system, and that spurred a rally that was absolutely breathtaking.  But this time around the Fed isn’t going to be riding to the rescue any time soon.  The Fed is committed to raising interest rates in a desperate attempt to get inflation under control, and the size of the Fed balance sheet is now being reduced.  So there will be no artificial life support for the financial markets for the foreseeable future, and that is really bad news for those that are seeing their portfolios get absolutely monkey-hammered.

Things have been particularly brutal for crypto investors.

Last November, the total global market cap for all cryptocurrencies peaked out at about 3.1 trillion dollars.

Over the weekend, the total global market cap for all cryptocurrencies actually dipped below 850 billion dollars…

The crypto market suffered one of its most dramatic selloffs in years this week as the prices of top cryptocurrencies declined as much as 35% week-over-week as fears of a broad economic recession intensified.

On Saturday, the total global market cap of cryptocurrencies sank below $850 billion as top tokens tumbled.

More than two-thirds of all “crypto wealth” is already gone.

CNBC is using the word “carnage” to describe what we have been witnessing in the crypto industry, and I think that fits the nightmare that is currently unfolding quite well…

Carnage in the crypto market won’t let up, as token prices plummet, companies lay off employees in waves, and some of the most popular names in the industry go belly up. The chaos has spooked investors, erasing more than $2 trillion in value in a matter of months — and wiping out the life savings of retail traders who bet big on crypto projects billed as safe investments.

It has been estimated that 16 percent of all U.S. adults either own or have owned a cryptocurrency.

So a whole lot of people out there are really hurting right now.

I feel really sorry for those that decided to pour their money into cryptos near the peak.

Stock investors are also getting pummeled these days.

The U.S. stock market rout that has put U.S. equities in a bear market isn’t just reducing the net worth of billionaires like Elon Musk and Jeff Bezos. It’s also taking a toll on Americans’ retirement savings, wiping out trillions of dollars in value.

The selloff has erased nearly $3 trillion from U.S. retirement accounts, according to Alicia Munnell, director of the Center for Retirement Research at Boston College. By her calculations, 401(k) plan participants have lost about $1.4 trillion from their accounts since the end of 2021. People with IRAs — most of which are 401(k) rollovers — have lost $2 trillion this year.

The S&P 500 posted its 10th down week in the last 11, and is now well into a bear market. On Thursday, all 11 of its sectors closed more than 10% below their recent highs. The Dow Jones Industrial Average fell below 30,000 for the first time since January 2021 this past week.

Cryptos have already collapsed, but stocks theoretically still have a ton of room to keep falling.

There are some that are speculating about what will happen if the Dow drops all the way to 20,000, and that would definitely be a crash of historic proportions.

Of course the housing market is much larger than the stock market, and that is starting to implode too.

If you can believe it, the total value of the U.S. housing market was valued at 43.4 trillion dollars earlier this year.

Unfortunately, mortgage rates are absolutely skyrocketing and that is going to change everything.

According to Redfin, home sellers are already dropping their prices at a rate that we have never seen before…

The highest share of sellers on record dropped their list price during the four weeks ending June 12 as mortgage rates shot up to levels not seen since 2008, dwindling the pool of home shoppers.

It is being reported that in some areas of the country home prices have already been reduced by as much as 20 percent.

How long will it be before millions upon millions of U.S. homeowners are underwater on their mortgages just like we saw in 2008?

As I warned last week, those that do not learn from history are likely to end up repeating it.

The U.S. economy was almost certainly heading into a recession anyway, but now a crypto crash, a stock market crash and a housing crash all at the same time will accelerate matters greatly.

According to one recent survey, 60 percent of corporate executives expect a recession to begin “in the next 12 to 18 months”…

More than 60% of executives expect a recession in the next 12 to 18 months, according to a survey of CEOs and other C-suite executives conducted by the Conference Board, a business research firm. That’s a stunning increase from the end of 2021, when just 22% of executives forecast a recession.

Sadly, we aren’t going to have to wait that long.

As I detailed last week, there are lots of numbers that indicate that a major economic downturn is already here.

It is time to batten down the hatches, because a “perfect storm” has arrived.

Global events are accelerating at a frightening pace, and the months ahead are not going to be pleasant.