We Need Rule of Law Not Lawlessness 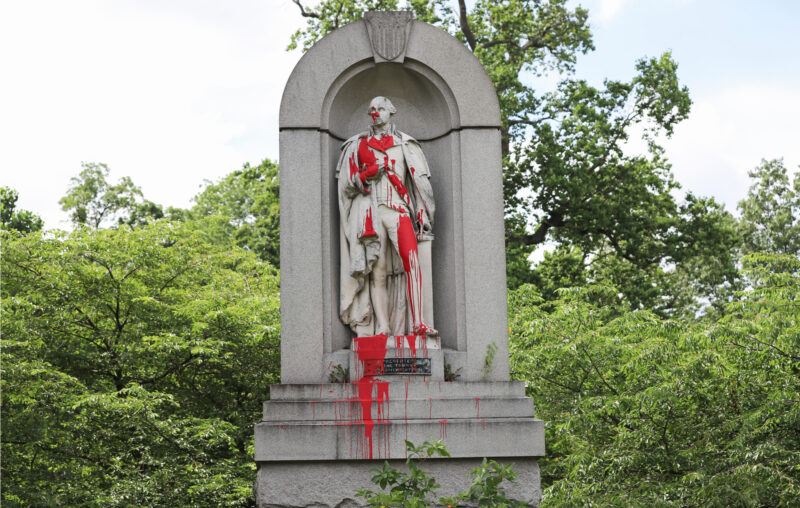 The Wire wasn’t wildly popular when it first aired on HBO from 2002 to 2008 but it has enjoyed quite a run since due to its vivid portrayal of the human toll of Baltimore’s failed public policies and institutions, including Charm City’s horrific public school system and lying local newspaper. The series formed the basis for several university courses, including one taught by yours truly.

Some liberty lovers were especially taken by the “Hamsterdam” plotline in season 3 in which district commander Howard “Bunny” Colvin secretly “depenalized” (crime without arrest) drug dealing and prostitution in west Balmer. Crime plummeted to suspiciously low levels prompting an investigation that ended Colvin’s impromptu policy experiment even though it palpably improved “public health.” The lesson fit with The Wire’s larger theme that conflicting special interests prevent the improvement of America’s biggest cities.

Baltimore remains a violent city but presumably could reduce its murder rate by depenalizing drug dealing as well as possession, as Colvin did. The city’s drug dealers often resort to violence because dealing is illegal, so the marginal cost of violence is relatively low. When drug dealing is legal, the marginal benefit of competing with guns decreases to the vanishing point. CVS and Walgreens, for example, compete on price and quality, not on the quantity and quality of the “soldiers” they employ, even though they are in the same business, selling potent chemicals, as Baltimore’s drug lords.

Colvin took matters a step further than Baltimore officially has so far, assigning a few trusted officers to police open air drug markets like Hamsterdam. That provided dealers with the physical security they needed to begin to compete on product price and quality instead of controlling corners by violent means.

The problem with mere depenalization, though, was that dealers believed that the regime would soon end, and in fact it did, with an epic raid. While a real-life repeat seems unlikely in Baltimore anytime soon, dealers of cocaine, heroin, and other heavy-duty drugs are not yet making significant physical investments in neighborhoods like legal drug stores, and pot dispensaries where they are now legal, do. With less to lose than a drug store, depenalized drug dealers will still sometimes break the peace when they think it will benefit them.

Credible decriminalization, in other words, would almost certainly lead to less violent crime by bringing drug dealers under police protection and into the banking and insurance systems, where their wealth can be safeguarded. That would induce some to sell out of buildings instead of the open air and give them some skin in the game that they won’t want to lose by engaging in gun play, even by proxy.

Of course the credible decriminalization of “hard” drugs will not come easily as many Americans do not want it to be easy to buy chemicals like meth or heroin. The fact is, prohibition didn’t work for alcohol (in the 1850s or the 1920s) and it doesn’t work for drugs. If somebody doesn’t want others using drugs, they need to identify and reduce the underlying causes of demand, like the physical pain allowed by our broken healthcare, health insurance, and food industries, and not criminalize the supply.

Convincing paternalists of the poverty of prohibition, though, is rarely easy. Experiments suggest that many people think they know what is best for others and are willing, for all their supposed attachment to democratic self-government, to use the coercive power of government to impose their views.

Of course in 2021, America faces a much bigger problem than drug policy, the disintegration of the Rule of Law. Too many restrictions on civil liberties apply to common people but not to elites or cronies. In addition to the many infamous elites caught violating their own Covid social distancing rules, the case of Hunter Biden not facing charges after lying on a Federal firearms purchase form and getting helped out by the Secret Service when his girlfriend threw his pistol into a dumpster near a school really stands out as an egregious abuse of power. Even Politico, hardly a bastion of Republican/Russian “misinformation,” reported on it.

I doubt many traditionally legit businesses are yet on the cusp of deciding that the Rule of Law has degraded to the point that they should begin to compete violently instead of on price and quality. They have always tried to leverage the regulatory state to their competitive advantage instead.

What is new, though, is the rapid growth of private security services, which surged by $3 billion in 2020, is up 50 percent since 2011, and is expected to continue to grow at over 5 percent per year for the foreseeable future. Apparently, many corporations do not think the government can/will protect them from physical threats, like looting, which caused an unprecedented scale and scope of property insurance losses in 2020.

After the Rule of Law degenerated in Argentina in the early twentieth century, for example, it dropped from being the ninth richest nation in the world to an economically volatile has-been. We cannot allow the same to occur here. That’s certainly not a call for bigger government, but better government that places the Rule of Law above ideology. Without assurances that they can keep most of the wealth they create, innovators will find other places to live, or other things to do, and without innovation, the economy will stagnate.

This article, We Need Rule of Law Not Lawlessness, was originally published by the American Institute for Economic Research and appears here with permission. Please support their efforts.